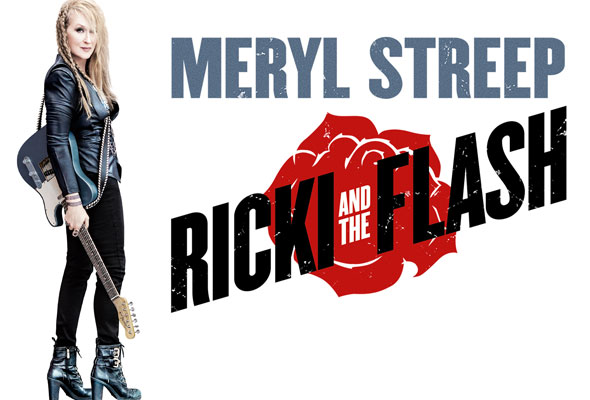 Meryl Streep did it again. Playing Ricki Rendazzo, a failing musician trying to reconnect with her estranged family, especially daughter Julie (played by Mamie Gummer). She finds that her family has moved on and Ricki wonders if she is needed in their lives at all. Of course Meryl Streep would rock (literally). But not only does she play the role well, she pours herself into it. Ricki Rendazzo is a departure from her roles in the past. She’s not the lioness Miranda Priestley (Devil Wears Prada), not guilty mother Sophie (Sophie’s Choice), and certainly not The Witch (Into the Woods). Ricki is a whole new persona for Meryl to play and she does it with the expertise that only Meryl Streep could do. It’s so interesting to see her as not only a rock musician, but as a failing musician. Meryl’s characters don’t often fail, so seeing her in this light was a shock to my system and a bold choice. 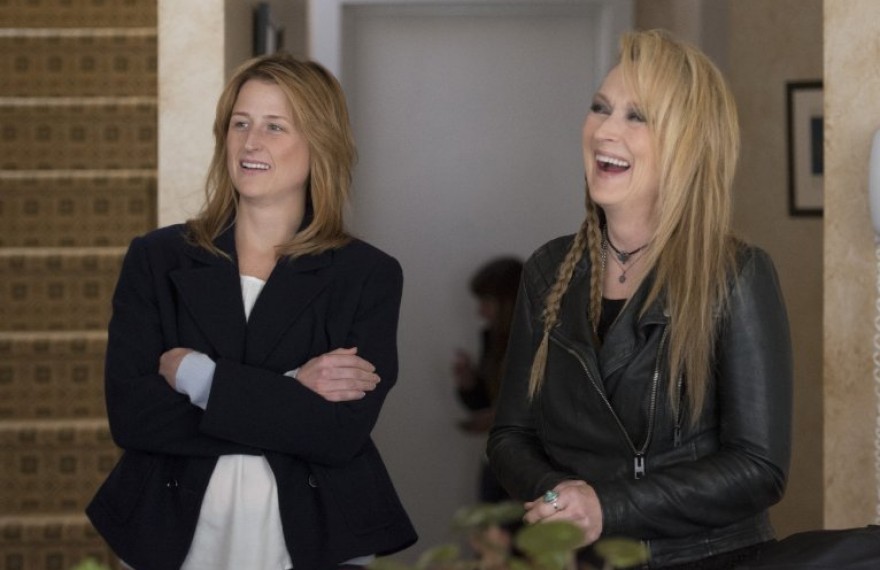 Mamie, real life daughter of Meryl Streep, plays her troubled daughter Julie. In my opinion, aside from Meryl’s performance, Mamie is a force to be reckoned with in Ricki and the Flash. I am so used to seeing her play supporting roles and background, it was refreshing and exciting to see her spread her wings so widely. I wouldn’t be surprised to find an Oscar nomination for her. 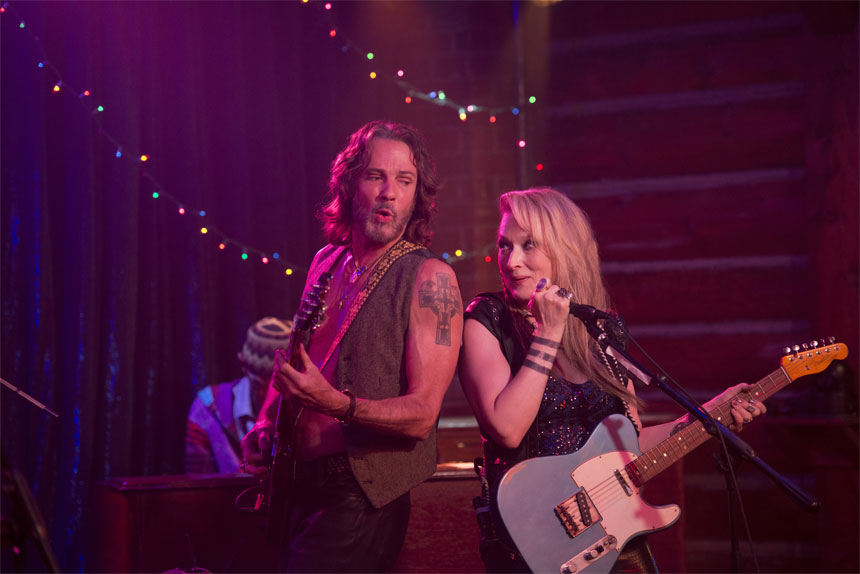 When the first song was “American Girl”, I knew I would love the music in the film. It was nice to see Rick Springfield again. You often forget that he is more than “Jessie’s Girl” (incidentally, this week is the 34th anniversary of his hit song hitting #1). He had some input in the song list – they wanted to have bar-type music to play as a cover band, so classics like “Drift Away”, “Let’s Work Together”.

4. Meryl and the band play it all live.

The song list is brilliant, but what’s even more fantastic is that the music is played live in the film by the band. Meryl learned to play rhythm guitar (and fell in love with it) and plays all of her own music.  It’s all done in the film and on the soundtrack by the band. 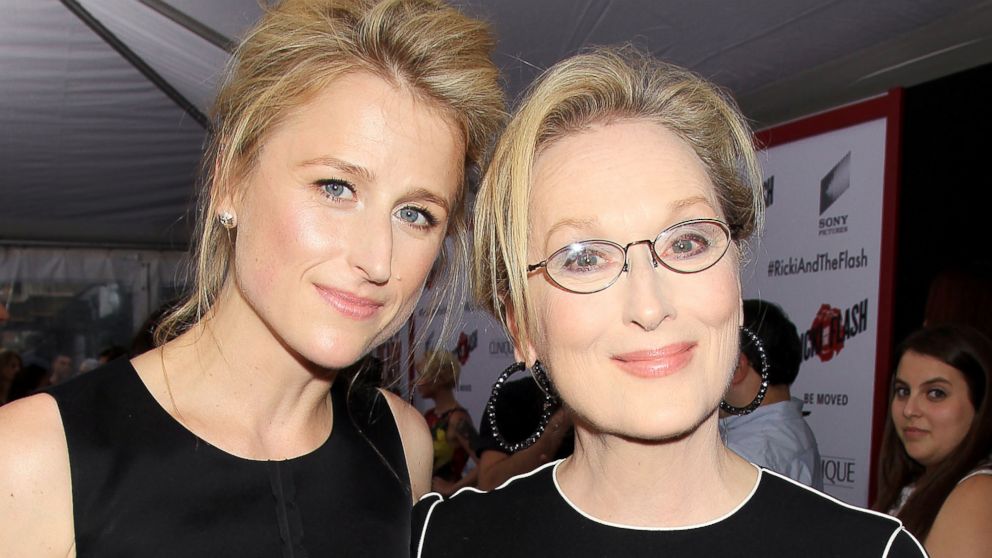 5. Ricki and the Flash will make you want your mommy.

I have a special relationship with my own mother, and Ricki and the Flash is a movie that made me want to watch it with her. Ricki and Julie have such a tumultuous relationship, sometimes painful to watch in a way that you feel sorry for both of them. I just wanted to hug Julie and Ricki and tell them that everything would be ok. 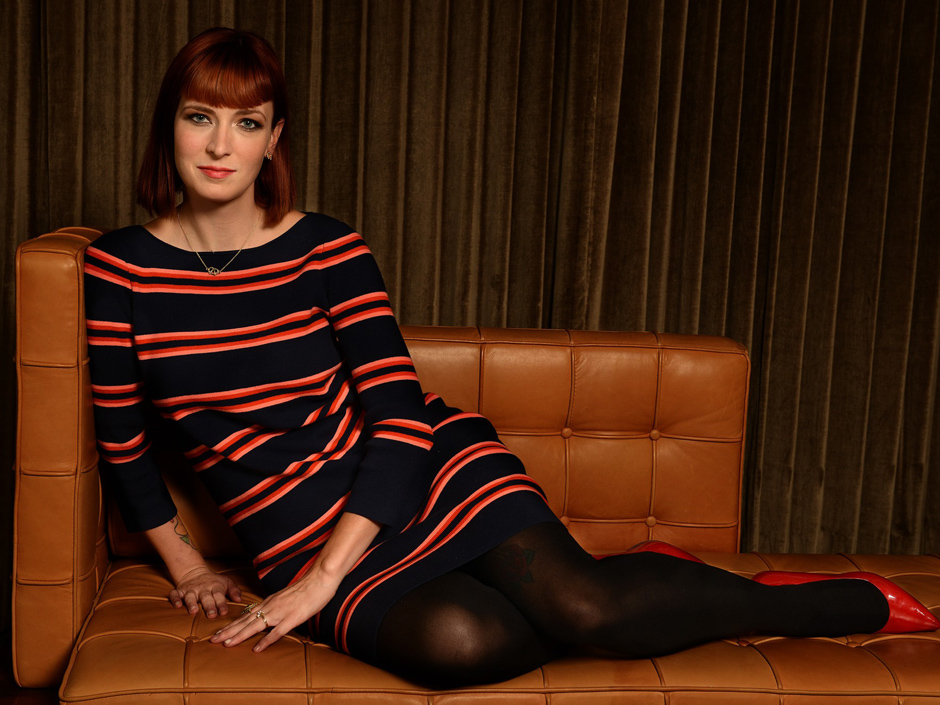 When Oscar winner Diablo Cody was writing Ricki and the Flash, she had said she was writing the role for Meryl and never thought in a million years she would actually go for it. The writing is a bit of a (refreshing) departure from Diablo’s past writing of wordy, cheeky screenplays. Although Ricki has some cheeky moments, the one-liners don’t overpower the performances, yet Diablo’ss writing talent still shows. Watch for a cameo by Diablo Cody – she’s the one dancing in the red/black striped dress in the bar! 7. It leaves you guessing.

I loved that Ricki and the Flash doesn’t explain absolutely everything. I know some people may want explanations for where Ricki was for 20 years, what happens next, and when did her family move on? To me, the questions help me craft my own story. You can see that Ricki will go back to her rock life – even though she is barely keeping her lights on. She is happy.

See Meryl Streep in Ricki and the Flash in theaters now