11 Things I Didn’t Know About One World Trade Center

11 Things I Didn’t Know About One World Trade Center

If you know me you know that September 11 is a central part of my heart. In NYC the month before the attacks, exactly, and a month after, NYC has always been my home away from home. My city where I can go to rejuvenate myself. When those towers were hit, and then fell, my heart fell with them. The internal tear of watching my dream city suffer it’s greatest scar was almost too much to take. And I was not there. Had no one I knew there. Had no family lost in the rubble. But it felt like I did. My kids will never know the true horror of that day, only the stories I tell them, but it will always be ingrained in my mind as it is with any American who was alive to process it that beautiful Tuesday morning. Visiting One World Trade Center a few months ago helped me more than I knew it would. 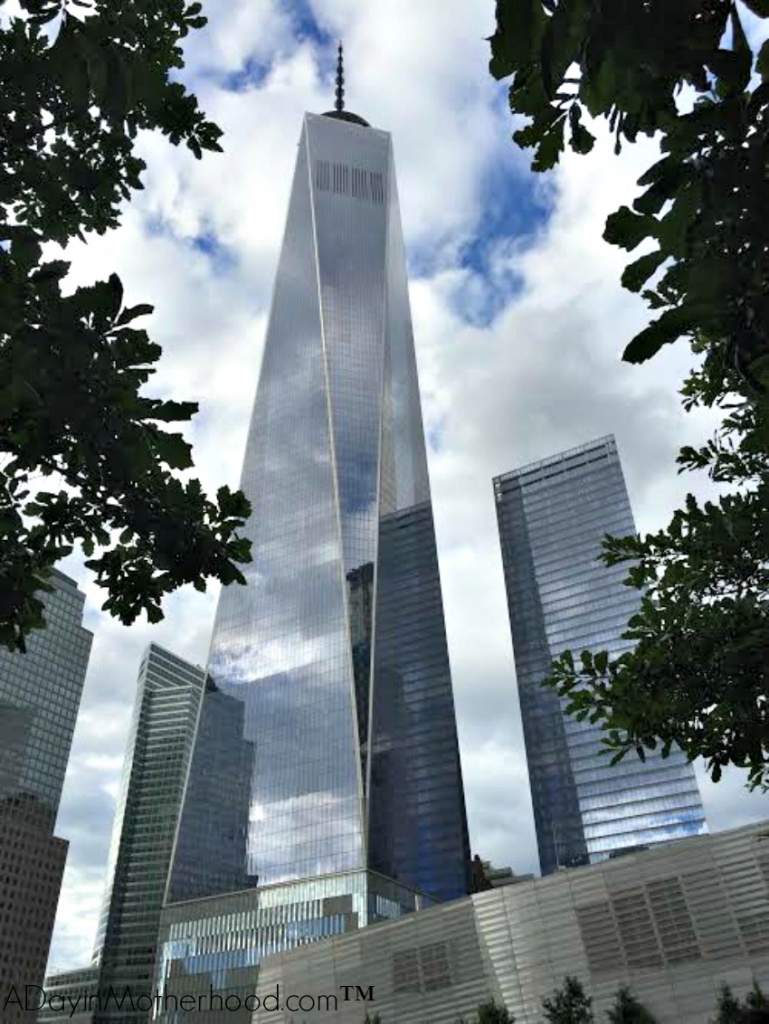 I thought I knew everything about 9/11, having watched and read anything I could get my hands on. But I have learned more as time has gone on. Especially about One World Trade Center, the new beacon of hope that spirals upward over the memorial site of 9/11 in New York City. I thought I would share 11 things I have learned about 9/11 and some things I have just discovered about the memorial site as well.

It took 100 days to put out all of the fires at the site.

I had no idea that fires were not put out at the World Trade Center site for 100 days. I knew that the jet fuel kept reigniting but I thought it was all under control within days. I was wrong. I do remember seeing footage of firefighters inside the base of the buildings looking for survivors and having to leave due to a new fire. With low water pressure and resources stretched, I should not have been surprised but 100 days is a long time.

13, 238 reminders that life was going on in the most amazing ways while so many were being lost.

Only 18 – 20 people were pulled alive from the rubble.

For some reason I thought only one or two people were pulled alive from the rubble after the towers collapsed. But I have since learned that 18 to 20, depending on the site you find on google, actually were brought out. I remember the last, the stretcher being lifted with a person strapped to it, everyone cheering at the remarkable save. But, a few days after, 5 firefighters were rescued, two walking out of the rubble alive as well. I don’t know why I didn’t know this.

Rescue dogs were getting depressed.

This one made me cry. Rescue dogs are trained and live to find live victims. They were finding so few that they were actually showing signs of stress and depression. So they had live people hide in the rubble for them to find to keep their spirits up.

The CEO of Cantor Fitzgerald 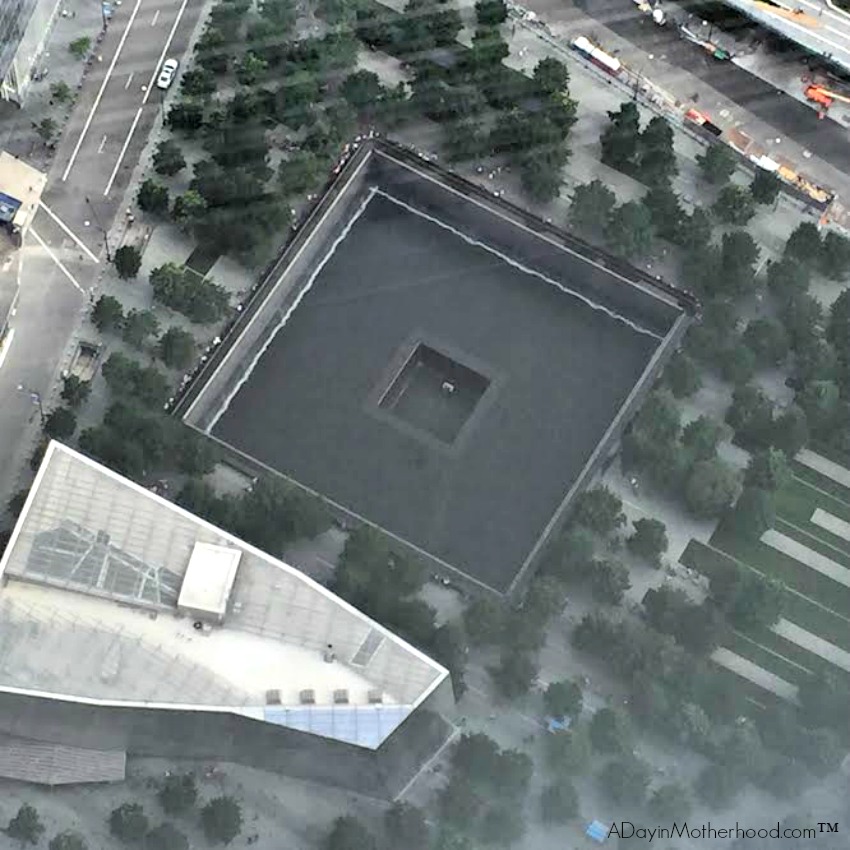 One World Trade Center used to be the Freedom Tower.

A vote by citizens actually broke this tie. Formerly the Freedom Tower, it was decided that the structure to symbolize our rebuilding would be named One World Trade Center.

The core of One World Trade is concrete. 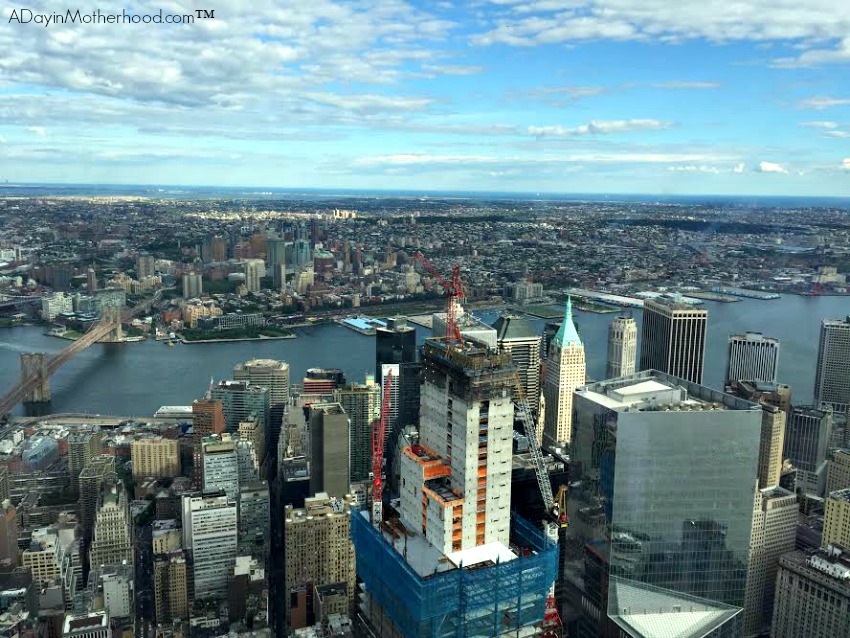 The fear of another attack is always a thought in our countries psyche. So when constructing One World Trade, the core was made of some of the strongest concrete available reinforced with steel beams. Communications and other essential elements are held inside. It is meant to keep the building standing should another attack happen.

A Rose Means it is someone’s birthday. 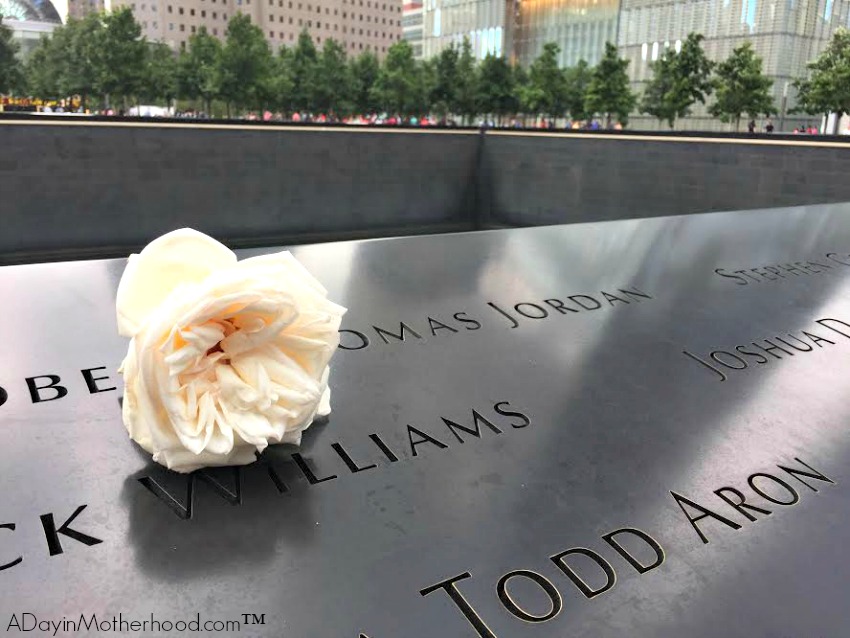 When I was in NYC a few months back for an event with Denny’s, I spent my one free afternoon at World Trade Center. Tears streaming down my face as the peace of the atmosphere washed over me, I saw roses on some of the names. It was not until today that I learned that a rose means it is someone’s birthday. When I go back to NY next month, I want to go back and count the roses, singing Happy Birthday in my head for each fallen person.

The year of America’s independance, it’s symbolic height not only makes it the tallest building in the western hemisphere, but a symbol reminding us that we all are free. Since 1776.

There are signs of the towers that fell in the design of the Oculus. 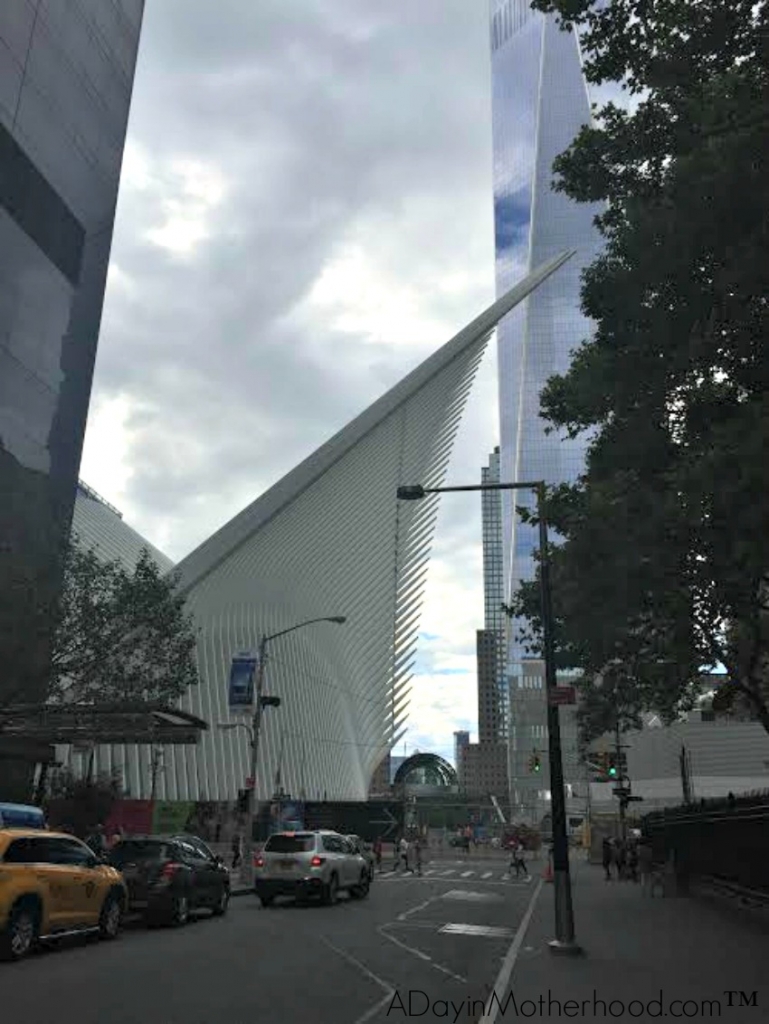 The Oculus is the beautiful transportation hub that rises from the ground like a graceful eagle and is stunning. I could not soak up enough of it when I was there. The windows on the top are designed to allow the sun to come in and project the image of the twin towers onto the floor.

Visiting will transform you. 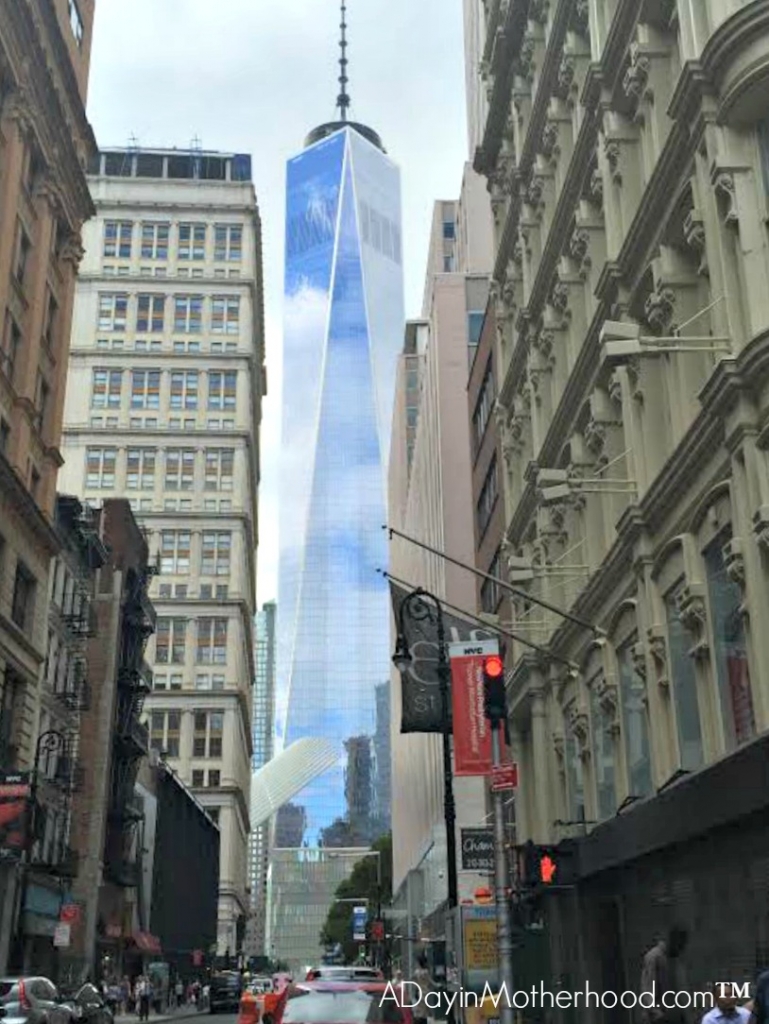 I knew the emotion  I felt when I was in NY right after the attacks are ingrained in my head. I can go back to them as if it happened yesterday. But the feeling you get when you visit the memorial site and then go up in One World Trade is, literally, life changing. As my hand brushed the names of the lost and then I stood 100 stories in the air, surveying the New York that is still a powerful image of the amazing life America offers, the contrast and the feelings change who you are as a person. Both eternally grateful I live in this country and eternally sad that it has a horrible, deep scar, it is the two extremes of humanity coming together in a symbol of hope.