Why I Turn Off The TV During the Week

Why I Turn Off The TV During the Week

Look, I love TV. I love movies and I don’t think that screen time rots my kid’s brains. We do weekend movie nights where the kids stay up too late and the TV is on loop while I fold laundry, clean or avoid responsibility all together. But a while back I noticed that my kids were a little on the ‘out of control’ side. I originally chalked it up to the age, having three, my skill as a mother lacking and suffered for a while. Then, one day, while the screams were at an all time high, but not higher than the volume of the TV, I turned it off. It was a school day and they were getting to watch a show because they had gotten ready quickly. That day, when I turned it off and the moans of, ‘Mooommmm…. we want it back oonnnnnn.’ subsided, the morning calmed considerably. Like… considerably! I then discovered that when I turn off the TV, the whole day goes better! 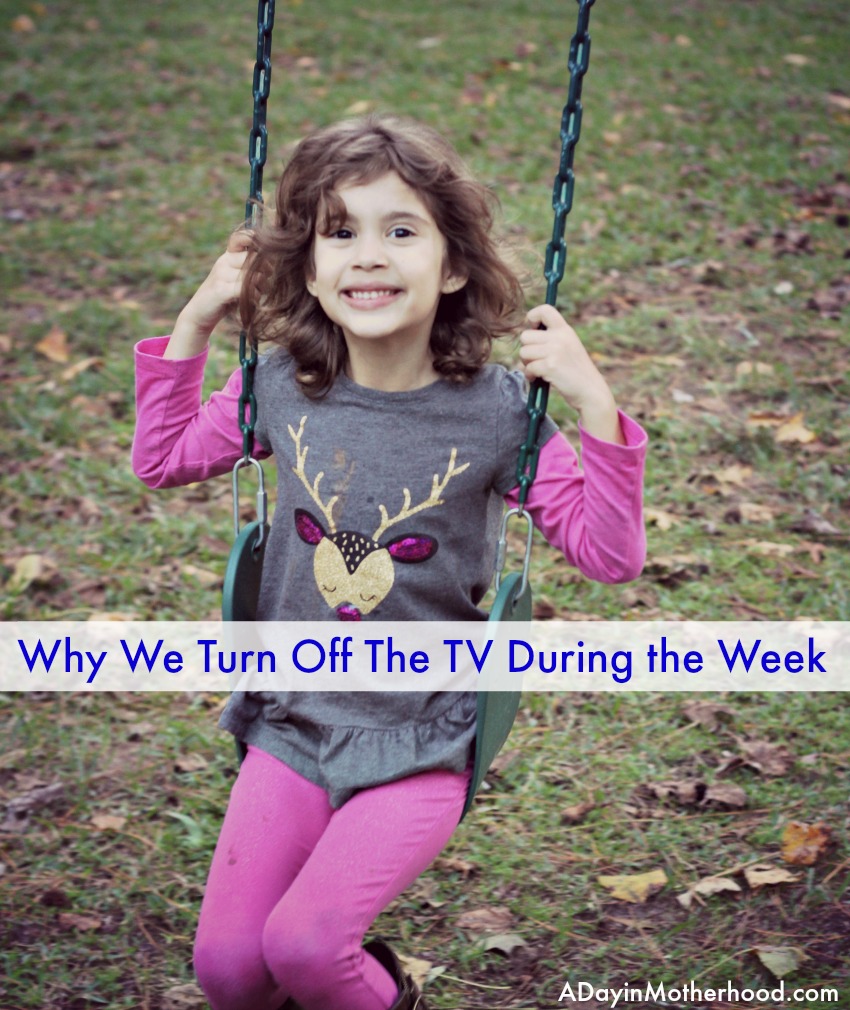 So I decided on no more TV in the morning. Now if they are ready quickly they get to read a book or ride their go-carts outside. Seeing the calm and success of the mornings, I decided to same in the afternoon. It used to be that the kids came home and watched a show while they had their snack. But if I turned it off to do homework or have dinner or just because, they tantrums and reactions were severe. So, I mentally made a note that I would not have the TV on at all from Sunday at 5pm to Friday evening.

Homework started getting done with no fussing.

The kids discovered their love for riding bikes.

The kids discovered their adoration of swinging in the back yard.

The kids and I discovered our love for being together.

We ALL get outside more.

Days are smoother… by FAR!

Their personalities are more calm.

They go to bed on time easier… though sometimes, I still get the craziness!

They all are better readers now.

They get along better.

It took less than a few days for them to ask to watch a show. It became habit not too very quickly.

They help me more.

My life is calmer.

As a family, we have a very busy life as it is. Between the tutor, gymnastics, dinner with their dad once a week and other plans, we almost always have things to do every day of the week. Turning the TV off just makes our busy schedule less fraught with tantrums, arguments, push back on me and chaos.

If you are having one of those weeks where there is too much noise, too much to do, too much going on and too much bad behavior, give this a try. I am not saying it is perfect but it made a MASSIVE difference in my home!

Come back and let me know if it works for you too!