When Your Older Child is Still Having Accidents

When Your Older Child is Still Having Accidents

I won’t lie. I have gotten angry. I have been frustrated. I have felt like a failure as a mother. I have blamed her, blamed myself, blamed my own laziness as a mom for the issue. I figure: she’ll grow out of it by the time she is 5… 7… 10. Well, at almost 11, the problem is still here. Accidents at night, at school, at play dates. Her embarrassment, her tears and my heart breaking with each one are just overwhelming for us both. When your older child is still having accidents it is hard to navigate and understand. Hopefully, relaying my daughter’s story will help someone else. 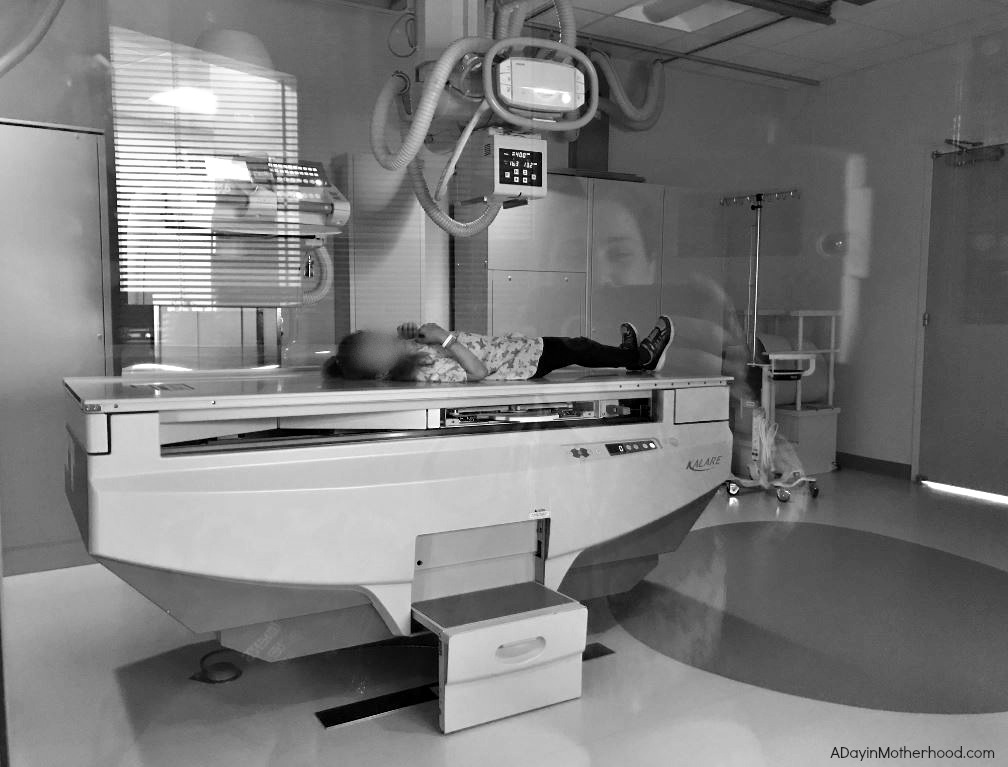 Though I can sometimes play a baddass mom online, the truth is that I struggle with a lot of issues with my kids. Typical mom stuff: they don’t clean up after themselves; they won’t go to bed when told; they are hard to wake up on school days and so on. But none have loomed larger than accidents with my almost 11 year old.

Years ago I had a video on YouTube that showed the bedtime routine. It was long before I realized just how cruel online comments could be. In it, all three children were in overnight pants. They were about 4, 3 and 2. The comments ranged from ‘Why is a 4 year old in a diaper.’ to ‘What kind of mom can’t potty train her kids to sleep dry at night.’ I have since removed the video but the comments have stuck.

Fast forward 6 to 7 years and two of my three do sleep through the night with no ‘pants’. The third, however, my beautiful, intelligent, engaging, amazing 10 1/2 year old, has continued to have seemingly endless problems with accidents.

Over the years I have taken her to the doctor for it. It started with, ‘All kids don’t stop having them at the same time.’ and ‘It is not unusual for an older child to have accidents.’ to, ‘Let’s guess and secretly blame the child for being lazy.‘

I, myself, did endless hours of research online. I found advice that seemed easy to follow – like no water before bed – to ridiculous advice – like have your child go to the bathroom on a 30 minute schedule.

Who has an almost 11 year old? Who goes to school? Yea… every 30 minutes was laughable.

But I did try everything. A bathroom schedule, which worked OK during the summer when I could watch her, laxatives, asking every 5 minutes if she had to go, and on and on. Consistently, if she messed in her pants, she would cry and then say that she could not even feel when it was about to happen.

Fast forward to 3 weeks ago. I finally had a doctor listen. Really listen. I relayed, again, that my daughter would be happily playing and then suddenly buckle in the intense urge to pee. That she would go to the bathroom and then have an accident 10 minutes later claiming she could not feel it coming. That it was really starting to affect her self esteem. That is was starting to affect my confidence in my motherhood. 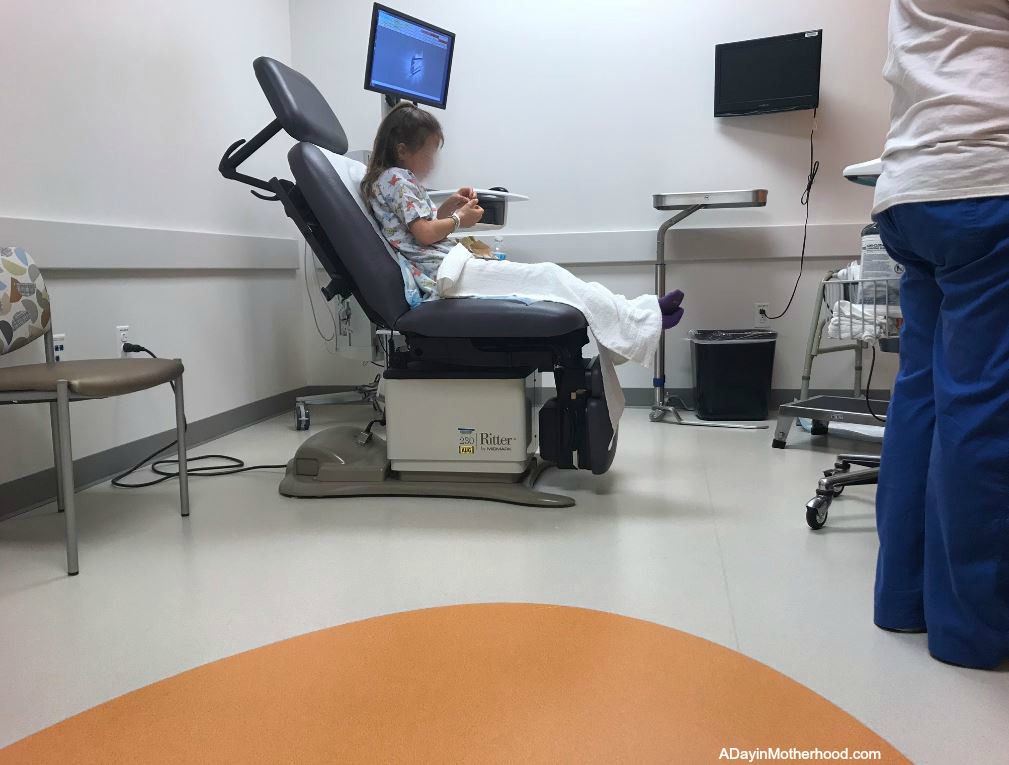 Finally, I was referred to a urinary specialist. It took a while to get into the Urologist and, when we did, my daughter was in no mood to be examined. This is a complete embarrassment to her but I knew we needed to dig deeper into the issue.

The Urologist asked her all kinds of questions and she begrudgingly answered them. Then it was time to pee in a cup. She cried for 42 minutes before I could get her to go. It was awful. The emotional trauma this causes her is intense. I sat and let her cry and we eventually got it.

Because of this visit, we were ordered for tests. Lots and lots of tests. X-rays, ultrasounds, flow tests and so on. But first, we had to ‘clean her out’.

For an entire day she stayed home and drank a formula that helped her go to the bathroom to ‘clean her out’.

We headed to the hospital a few days later for 6 hours of tests. Secretly I hoped there was an explanation but, in my mind, I blamed it on my bad mothering. My inability to potty train my child. My laziness. My shortcomings.

At the end of the tests, where she was a trooper and only cried a few times, we had answers. They were not good ones but they were answers.

She has a misshapen lower intestine and bowel that is causing her solid waste to back up and not expel. So she, literally has a ball of waste blocking the exit of anything else. This has been building for years. It is so large, stretching her intestine and bowel to almost twice it’s normal size, that is has deadened all of the nerves on her bladder and colon. It is causing her bladder not to empty all the way and, thus, accidents right after she goes to the bathroom are the side effect of the fact that it takes three bathroom trips to fully empty her bladder. 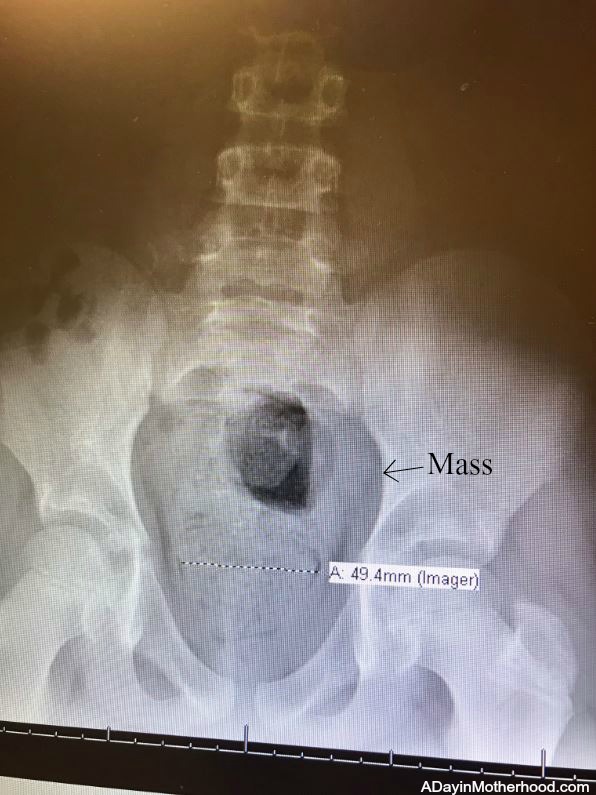 Any movements she has had as a result of laxatives have had to push around the mass to get out. The full day of ‘clean out’ didn’t make it budge at all.

This is a medical condition that she was born with and something she will have to deal with her whole life. We don’t have a treatment plan in full yet. I had to keep her home from school and use a drink to ‘clean her out’ correctly and completely. She had to expel 6-8 times a day until actual water came out. We are also on a daily laxative to try to keep her cleaned out.

In three months, she returns for new tests to see if we can see just how badly her intestine, bowel and bladder are damaged. At that time we can come up with what to do next. I’ll try to keep you guys posted.

The reason I share this is for several reasons. First of all, I know you guys care about my kids and have for years. But, secondly, and most importantly, if your older child is still having accidents, then it may be time for some serious medical advice.

I wish I had pushed for answers sooner. I wish I had believed that she could not feel the urge. I wish I had called doctors everyday, begging for more intense testing before now.  I wish I had not thought that she would just grow out of it.

Now that I have, I see that my daughter seems to have more confidence. She takes her laxative without complaint and is not scared of the follow up tests. It gave us both a sense of control over the seemingly uncontrollable.

She still has accidents. I still worry that the mass is back and that we did not get it all out. But at least we are on a path I can handle.

When Your Older Child is Still Having Accidents there may be a reason.

There sure is for mine…