When All Three Kids are in Tears

When All Three Kids are in Tears

I am tired today… very, very tired. More than just because I was up later than usual last night, the emotional drain of the evening all together was just exhausting. What started as an exciting and amazing orientation at my oldest daughter’s new school as she enters the 5th grade next year ended with tears at dinner from all three girls and conversations with mommy when home and getting ready for bed that left me in worried tears too. Change is hard for anyone. Once you get a good routine going changing it up is hard. So it did not surprise me that the kids would have a hard time with big sister moving on. What surprised me was the comments that they made that so clearly came from fear, the unknown and a place of worry. What also surprised me was my seemingly inability to know what to say When All Three Kids are in Tears. 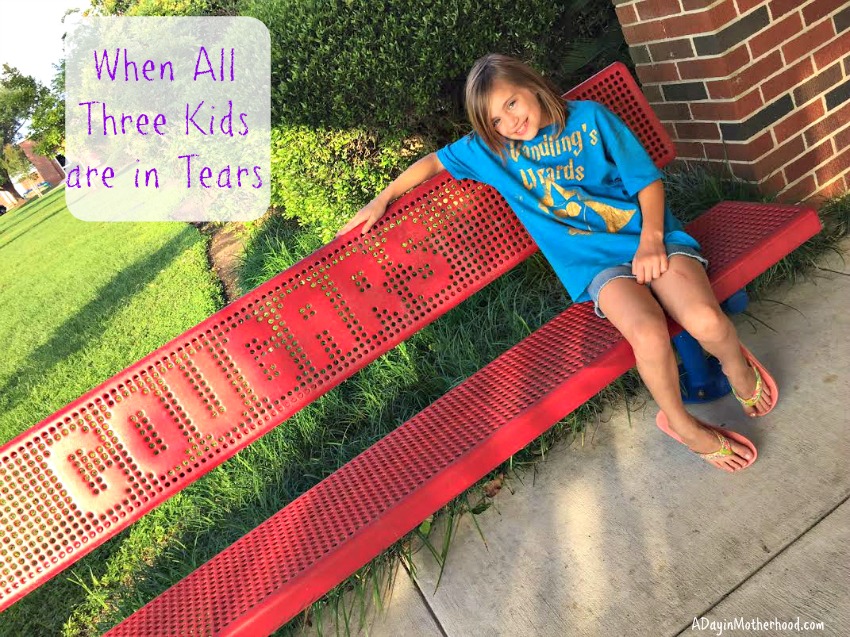 She sat on my bed, tears running down her pretty face from her crisp, blue eyes, yearning for me to fix it all. I couldn’t. It is happening too fast. She is growing up way too fast. I did blink. As I held her hand that used to be so much smaller than mine, I didn’t know how to convey that she was right. Thinking I was stalling on answering and hoping that she would say something else that I could use to provide soothing words, I asked her what was all changing too fast? She started to cry and sad that even though she knew all of her friends were moving too, she was going to miss her elementary school and the teachers. All I could do was agree with her. I told her that she was right. That things were changing too fast. That they would always seem like they were. That there was nothing she could do about it. So I just held her and let her cry. Eventually, with talk of how we were going to decorate her locker, the fact that she would now have an hour at home with me alone before her sister’s get home from school and other positives, the tears subsided and the ‘I am so tired’ silliness began. About that time, my other two girls knocked on the door, tears in their eyes.

‘She always gets to do things first!’ Sarah, 8

We all know it so well. Especially if we are a younger sibling. Big sister gets to go to the new school, she gets to be the only Pace girl in a school and she get her own…. wait for it…. LOCKER!!! Side note: seriously, you should have heard the gasp of happy when the kids learned that they would get their own lockers!! Sarah was jealous from the moment she got home from school and found out that Katie was having a special night. She is very competitive (my trait) and wants to be as good if not better than her big sister (again, totally my fault). So Katie moving up and moving on to new and exciting things is very, very hard for Sarah to accept. All I could do was remind her of the things she has gotten first, ie: Good Citizen award, top reader, and so on. She felt a little better but this one cried until she fell asleep in my bed. I have no idea how to make it better for her. I just have to keep talking to her, I guess. Making her feel like an individual deigned to succeed on her own and to take her own path, no matter what her sister’s do. 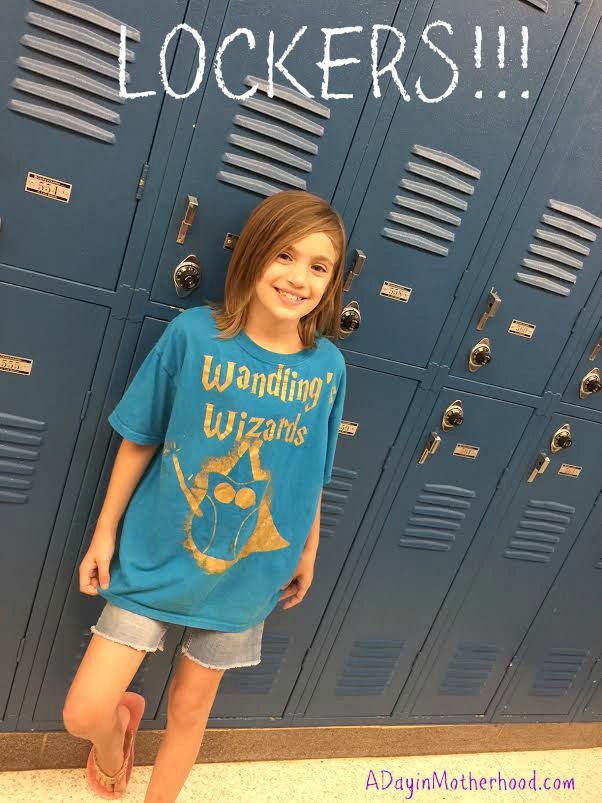 Come to find out that when my girls get to school early and all head in to have their second breakfast of the day, they have to sit at assigned tables. Katie and Megan’s tables are close to each other. Sarah’s table is on the other side of the cafeteria. So Megan loves that her big sister is there to talk to her when their friends are not there for breakfast. While this melted my heart, knowing that Katie was making sure her little sister was not alone, it also broke my heart. All I could do was tell her that Sarah would be closer to her table next year. Ignoring a tired and grumpy Sarah saying, ‘I am not going to talk to her!’, I told her that if Sarah ignored her she was to make monkey noises at her until she laughed. Even tired and grumpy Sarah laughed at this idea. I held my littlest one, knowing how hard it has to be to see her big sister, her protector, moving on and leaving her behind. But I didn’t know what else to tell her. 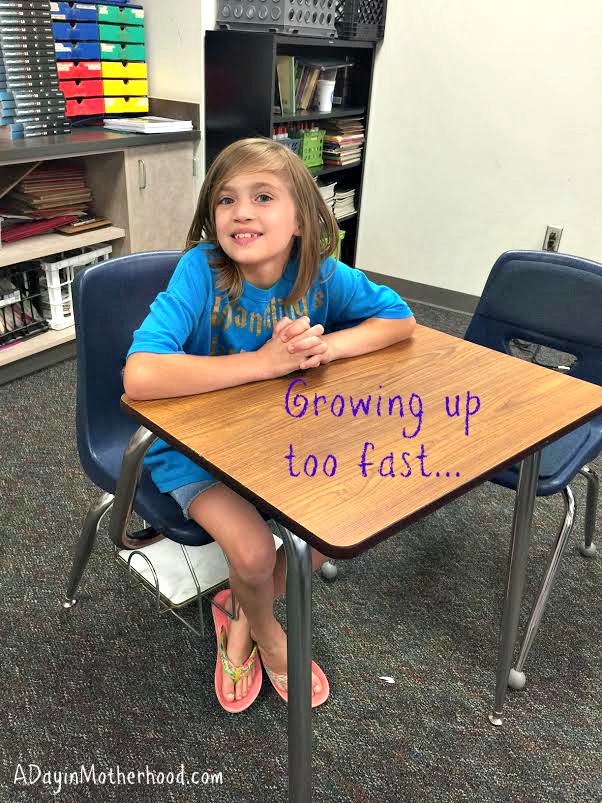 I don’t. I don’t know how to help my three babies through the changes ahead gracefully. I feel like a new mom coming home with a newborn, praying I know just enough to keep her alive. I don’t feel like anything I said to them made them feel any better about the changes ahead. Though I know that change is inevitable and this is just the first in a long line of them, I am not dealing with it much better than they are. After I had one tucked in with me and the other two sleeping in their rooms, it was mom’s turn to cry. All I can hope is that I can have the patience to listen, the wisdom to let them talk, the heart to let them hurt and the knowledge to help them through. It’s just a new school after all. Surely we can make it through…