The Truth About Motherhood Regrets

The Truth About Motherhood Regrets

Especially when, by the time you realize your mistake, it is seemingly too late to turn back.  And then the regrets become a running tape in your head on auto loop.  Reminding you constantly that you messed up.  Or didn’t follow through.  Or didn’t take a chance. 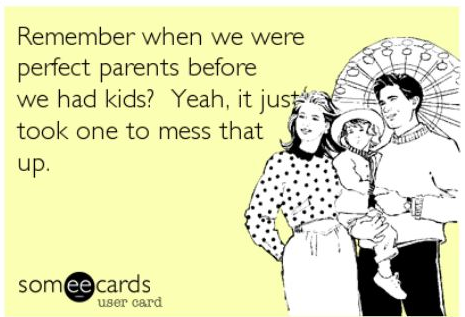 I have had a lot of regrets and I have made a lot of decision in my life based on the wrong emotion or a twisted way of reasoning.  And I have paid dearly for those decisions.  I am not the only one.  That is for sure.  There are a lot of people that walk around talking about their past as if it were the best times of their lives because the time they are in now seems so uninspiring.  And their futures seem even less rosey.

I am very happy with where I am in life now.  There are some things I would go back and redo, some decisions I would reverse, but – over all – I am a very lucky woman.  And I know how much I have been blessed.

That is until I get to bedtime every night and realize that my regrets about motherhood are the hardest and deepest that I have.

I could have followed the advice of other moms, taken into account their experience, their quality of advice and their heartfelt truth in sharing it.  I could have done it better.

Now, I have three daughters who reject bedtime and, at the mere mention of it, spin themselves into such a fit that I can not even fathom how to handle three fits at once.  The games are ridiculous and redundant, the time it takes to get them to finally lay down is a waste and the entire experience leaves me in tears almost every night of my life.

And them too.  And I regret it every.single.night.

I have no one to blame but myself.  I know I should have instilled a structure that was unbreakable.  Demanded the respect it takes to get them to mind without punishment, been a PARENT.

Instead, I was lax, lazy and full of excuses.

“But they are all so close together and it is hard to put all three down at once.”

Hmm.. moms of triplets do it.

“But I don’t have time to read four stories every night to all three of them!”

Seems that the three hour battle every night is more time consuming.

“It is just so much easier to let them pass out in the living room and then carry them to their beds later.”

Right… and when they are up all night looking for you because they never learned to fall asleep and stay asleep in their rooms, that makes life a lot easier, too?

Motherhood regrets are bad.  They are the worse, I think.  Because others see the mistakes you have made, knowing you know better, and judge.  Even if they don’t want to.

It’s funny… my mom said the last time that she was here, “For children with such an undisciplined lifestyle, they sure are happy!”

I suppose the one thing about it all is that it is not too late.  As long as you are willing to work at bettering yourself as a parent, it can get better.  And so I’ll read more books, talk to more people, leave my excuses on this page, and struggle for a little while so that in the long run it is all OK.  It’s going to be hard.  It is going to be taxing.  It is going to be full of mistakes while I work on getting it right.

But, once I am done and my kids are sleeping better, I am feeling less apprehensive about bedtime and I actually get an hour or two alone at night with no kids up and in our faces, there will be peace.  And no regrets.  Because I will have done what I am supposed to and everyone will have been rewarded for it.

And that is the truth about motherhood regrets.