The Grocery Shop of Horrors

The Grocery Shop of Horrors

Never again, as long as I live, will I take my three children anywhere on God’s green Earth without:

3)  another person to video the disaster in the making so I can see how ridiculously I probably handled it. 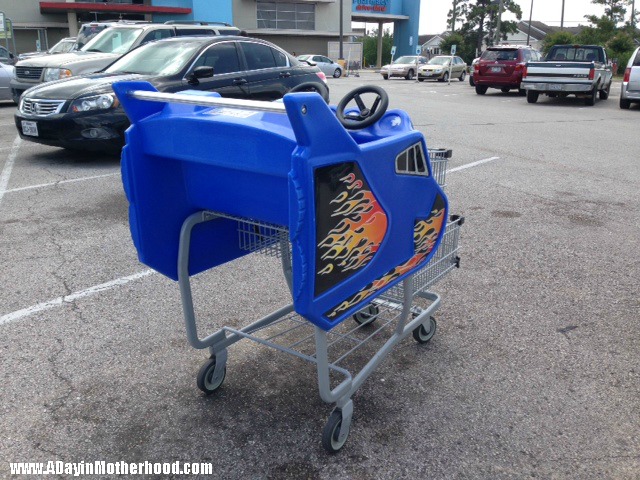 We’ll start with the fact that we got no sleep last night.  I maybe got 2 glorious -are you kidding me? – hours of interrupted sleep.  So to say the family is tired is the understatement of the last 3 hours.

But me, being of stupidity and false hope, HAD to go to the store.  I had not been since before Easter and I had a TON of stuff to get.

I planned a solo trip, ladened with my colorful list and bag of coupons.  But my husband, reacting to the pathetic night of slumber awarded to us by our offspring, fell asleep.  I thought, “He needs the sleep, I’ll just take the kids to the store with me.”

I packed them up, grabbed my massive coupon load, foolish optimism, and headed out.

We got to the store and spirits were high.  They grabbed their little carts and followed me to the coupon bin.  Patiently waiting, they chit chatted with passer-byers while I looked for easy money.

And then Sarah had to go to the bathroom.

And then Katie did.

And then Megan was all done.

And then I realized that taking three kids to the grocery store with a handful of coupons right around dinner time was about the most brilliant thing I have ever done.

Among other things, the highlights of the trip were:

* Sarah laying down in the middle of the aisle and throwing a kicking, screaming, tantrum while the other two ran in two different directions.

* Megan throwing her shoes at a customer.

* Katie running her cart into the back of a woman’s legs.

* Megan throwing her head back so violently to scream at the top of her lungs that I almost fell over myself trying not to drop her.  A woman even asked me if I was ok…  no embarrassment there.

* Sarah needing to go to the bathroom 6 times during the trip.

* Katie needing to go 2 separate times to the bathroom for – errr, ummm, a time consuming task?

* Megan throwing her bottle into another person’s cart.

And finally, last but not least, being so incredibly unruly at the check out lane that people were staring and whispering, while I sweat and messed up on my coupons and spent $160 bucks instead of my carefully calculated $100.

By the time I left, Megan screaming and dangling in my arms, Katie and Sarah getting in the way of the girl trying to help me take my groceries out, and me hanging my head in bad decision shame, I was sure I saw at least 12 people pick up their phones.  Who they were calling, I don’t know.  But after I almost cried the last 20 minutes of the trip, felt my face redden at least a dozen times, and yelled at my kids more than once, I fully expected a knock on the door from a parenting coach.

I got home, told my husband what happened and he took over.

Thank God he did.  Because I am still embarrassed and ashamed of their behavior at the grocery shop of horrors!

Even though my mistakes caused them.