Talking to Your Little Girl about Her Big Girl Body

Talking to Your Little Girl about Her Big Girl Body

Raising daughters, for me, has not been too difficult. Most of the things I deal with… sibling rivalry, I don’t like my outfit, that girl at school was mean to me… are pretty typical when raising girls, I think. But being a good mom to little girls does not necessarily mean I will be a good mom to big girls. I have full knowledge of what I was like as a teenage girl and I am not looking forward to parenting her now. But they will grow and become tweens, then teens, then women. Along with that growth comes the one conversation I have to have with each daughter about their body. Talking to Your Little Girl about Her Big Girl Body can be so scary! If I had it my way, I would wait until the last possible moment to talk to them about periods, puberty and breasts. But in 4th grade, the school district pegs the girls as needing to watch ‘the movie’ so I am forced to step out of my comfort zone and have ‘the talk’ with my 9 year old. 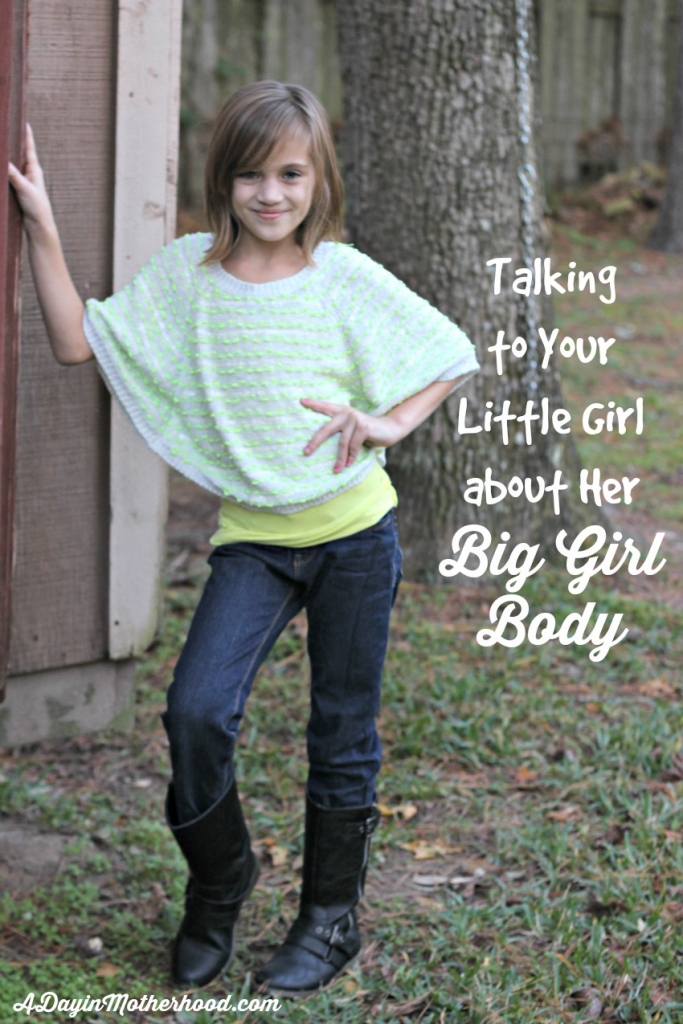 My number one fear with having this talk, to be brutally honest, is telling the child that still looks like an infant to me that she was not, in fact, delivered by kisses from God on my belly. Shoot me for not telling a 4 year old that her dad and I had sex to conceive her. I embellished, lied, put it off, delayed… anything I could to bypass the question to a little one for later. Well, later is here and I am still not ready. Telling her that a boy and girl connecting with their privates to make a baby is just not something I feel she is old enough to understand. But I don’t want her hearing it any other way. Not from a school mate, not from an adult who is not her mother, not from language filtering through the air on the school bus.

My other fear is that this overwhelming amount of information about how her breasts will grow, her body will bleed and hair will grow ‘down there’, not to mention the emotional breakdowns, dealing with her friends going through it and so on, is just a lot for a girl who thinks that she still needs to read to her favorite stuffed animal.

But, as a mom, and a responsible, wants to be as honest as I can for her age level, mom, I had to prepare myself when the note came. You know… the note from school that thrusts kids into the puberty talk before their time. 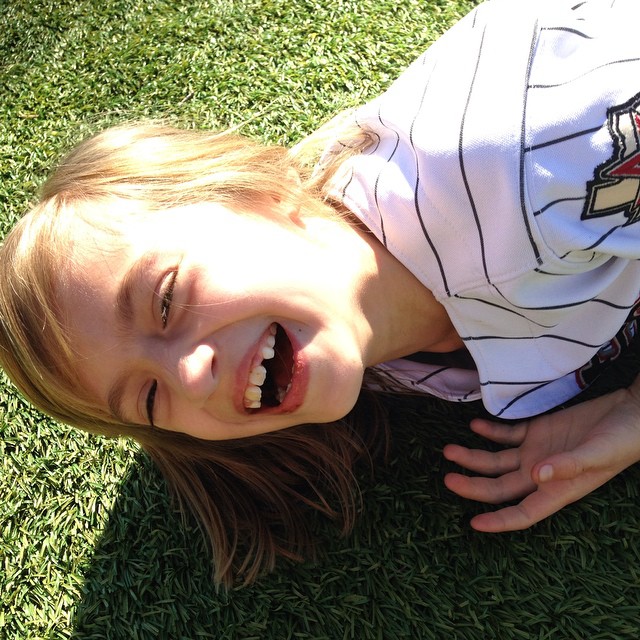 I got the note about 10 days before the movie. It took me a few days to think about what to say. I decided one long conversation was too much, so I decided to take her aside a few times over the week to talk. But the first time I grabbed her, I asked her what she knew about puberty and she blurted out, “Yea, it is when you get pimples!” and she ran out of the room.

So the second time I brought it up, it was in a much more casual way. We were sitting on my bed chatting about life in general and I asked her if any of her friends had talked about the movie they were going to watch in school. She said no but wanted to know more about the movie, such as when. So I saw my opening and went in.

Did she know that her body was going to change?

Did she know the real difference between boys and girls? (note: my girls do know the names of their privates and all of that, but we have no boys here so we don’t talk much about that.)

Did she ever notice that mommy has breasts and she does not?

Simple questions that might spur some questions from her to me. My goal, all along, was to make this a child-led conversation. To give her the freedom and comfort to ask questions that she might have thought were too ‘weird’ or ‘private’ to ask.

And she did. How come you have to shave? How come you have pads and tampons by your toilet? How come we have to watch a movie? What are breasts made of and why do moms have them and kids don’t? When can I get my first bra? How long does puberty last? Do periods hurt? How many times do I have to go through puberty in my life?

I answered her questions as honestly as I could. I even drew a photo of the insides of a woman and explained the 28 day cycle. That may have been a little over her head but she did laugh at it.

Throughout the week, she asked a lot more questions sporadically. I made sure she knew that she could ask me ANYTHING at ANYTIME and I would never be mad, disappointed, grossed out or dishonest with her.

Friday came and she went to school to watch the movie. She came home and I gave her some time. And then I asked, ‘How was it?’ 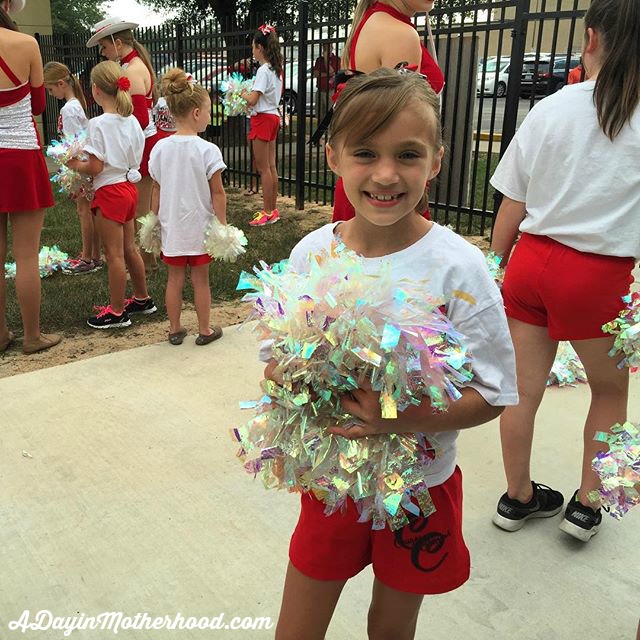 She responded, ‘MOM! (you know, the MOM that comes with the hands up and the shock in their voice), it was very inappropriate!’

‘Well, I am sorry. Was there anything in it that was surprising to you?’

‘Oh no mom. You had talked about everything they talked about but you were very good about it. That movie is just not what I needed to see!’

I smiled a little at my little girl’s recount of the movie. Her innocent shock and total discounting of the message. But I did take pride in myself that I took the time and the effort to not only talk to her and to be honest with her, but to do it over several days and not in one big talk. I think making it a part of an ongoing conversation makes it less scary and more acceptable to the child’s mind.

I will admit, I was a little proud of me. I have ordered her the book, What’s Happening to My Body?, just so she has something else to look at, but I think I did a pretty good job. We have an open dialogue about a sensitive subject and she sees me as the giver of trusted information.

Now I just have to get her through it and do it two more times with her sisters!

Raising daughters is never dull, that is for sure!

But if you need more information or encouragement, check out this YouTube video I watched and found helpful to show my little girl too!