Splashway Waterpark is Affordable Family Fun for Everyone

Splashway Waterpark is Affordable Family Fun for Everyone

**This conversation if brought to you by Splashway Waterpark & Campgrounds. All opinions are my own.** 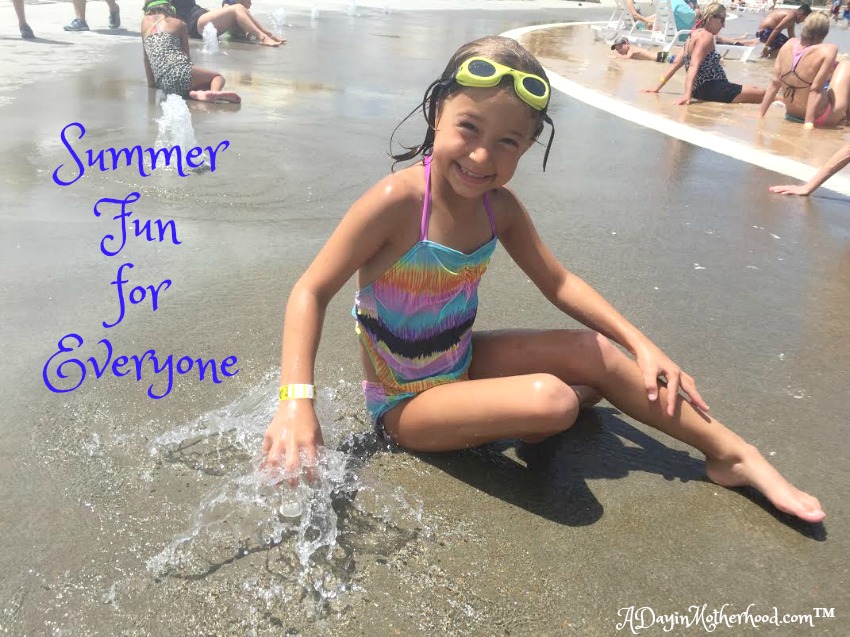 We walked in, the sun beating down on 5 little kids and two moms, excitement everywhere, and were shown to our private cabana. The kids had no patience, wanting to hit the slides, the new wave pool, the Kids of the Caribbean attraction, the Pirates of Kiddie Cove and more! My friend and I wanted to sit on the large, comfortable chairs in the cabana and relax. Splashway Waterpark & Campground offers the ability to entertain adults, kids, campers and adventure seekers at prices families can actually afford! It is summer fun in the sun!

Located in Sheridan, TX, centered between Houston, San Antonio and Austin, Splashway offers a day of fun or a family getaway for several days. Tickets are less than other parks the kids and I have been to and, if you choose not to bring your own cooler with food and drinks, they have food covered for a lot less than you would expect.

We are here!! Checking in to #swaywithray at @splashwaywaterpark in Sheridan, TX!! Stay tuned for the fun and rides!! #summer #summertimefun ad

We sent the children off to the kids area which houses a ton of fun slides, 4 bucket drops, and enough lifeguards to help you watch over your little ones. My kids could have, literally, played on it all day long. My friend and I did not feel like we had to keep them in sight at all times. When they did go over to the Lagoon, however, we did watch closely. Though it was no more than 4 feet, we loved sitting in the water on the wrap around bench while our kids splashed and played. 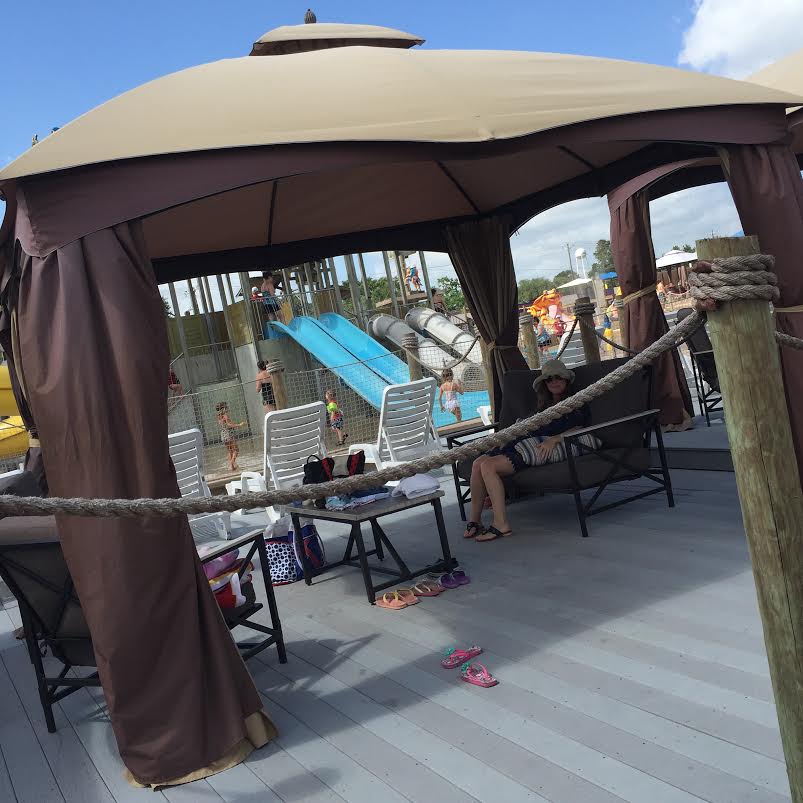 But the fun that we were all waiting for, even my 7 year old who is scared of all things big, were the water slides that were for the ‘big kids’. All of the slides, except the Pirate’s Plunge, could be ridden by kids 42″ and up. But just because you are tall enough does not mean you are brave enough (says the mom who had to be coaxed into them). I had the most fun on the Ray’s Racers purple and white slide and closed my eyes tightly on the Jet Stream!  I didn’t have to close my eyes on the Midnight Storm as it was, literally, as dark as night and I screamed with the thrill of the Slippery Twister which starts out slow and spits you out laughing and screaming at the end. 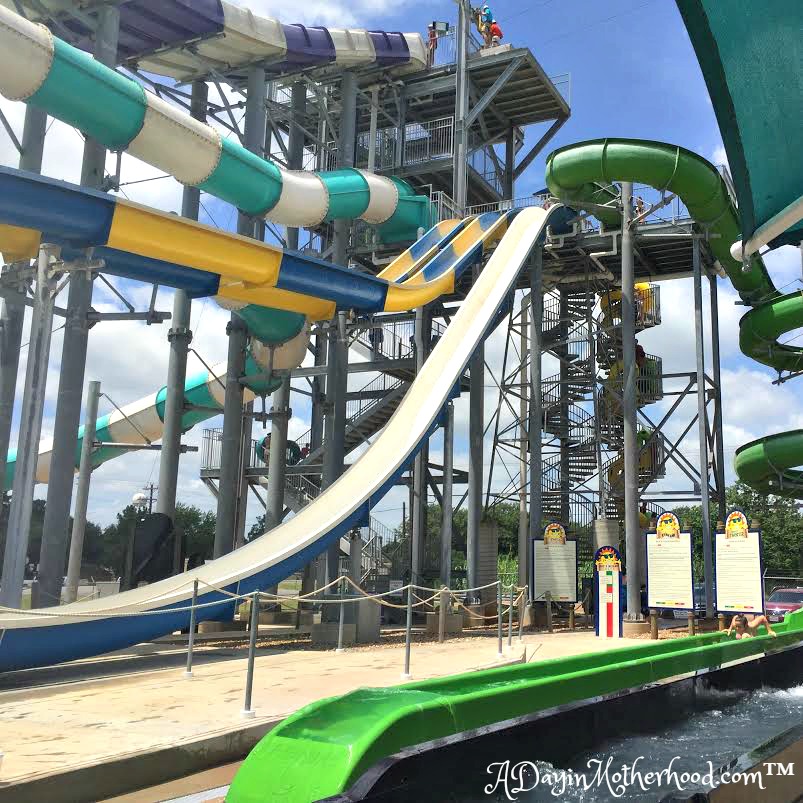 We took breaks from the slide by letting the Lazy River push us along, stopping at the various kid areas so they could slide out of a cave and surf on a turtle. Then we transferred to the Wave pool, which has a multitude of wave cycles so that you never get bored.

To think that a few weeks back she would not even put her head under!! #swaywithray

When it was time to eat, pizza, hot dogs, corn dogs, Icee’s and hamburgers were on the menu. The combos came with drinks and chips or fries and were less than $9 for each meal. I upgraded to the souvenir cup for the kids and my final food and drink bill was still less than any other entertainment attraction we have been to! 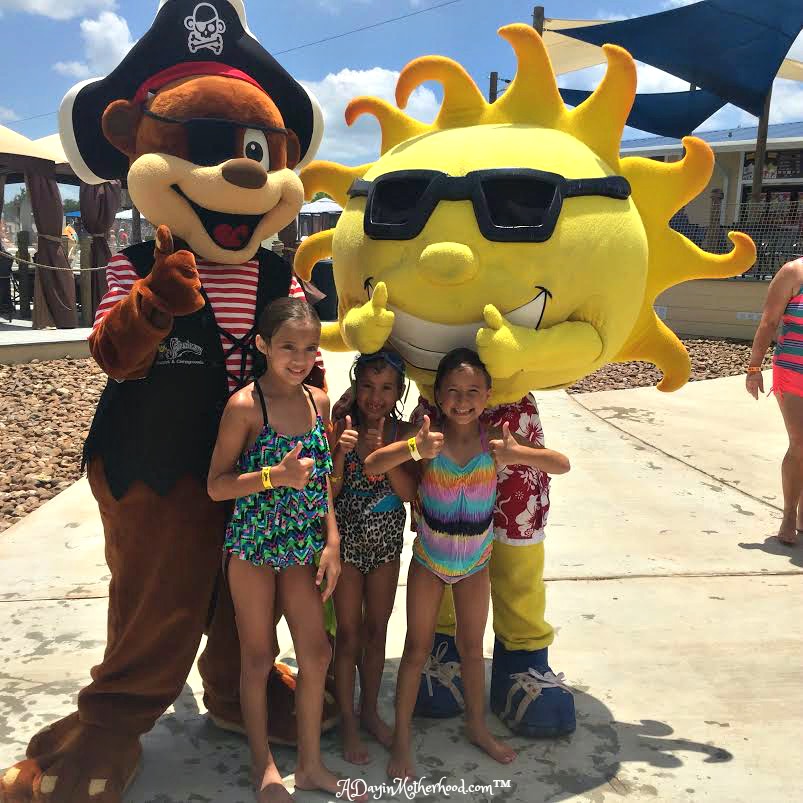 We were at Splashway Water Park for about 7 hours and could have stayed 7 more! The kids were never bored, there was always something to do – like have their photos taken with Mr. Ray, and we moms even had a chance to sit and relax. The food was delicious, the lines were not long at all, we went on a Thursday, and the value for a day of memories was very reasonable!

With lunch in our cabana done, it is time for more water fun at @splashwaywaterpark in Sheridan, Tx!! #swaywithray

Take your own camper or rent out a cabin for an overnight trip. Join the fun in the campground with S’mores night and more. Bright your sunscreen, food and drink if you want, towels and your family. Splashway Waterpark, which has free parking and life vests, is a summer destination you will want to go back to time and time again! 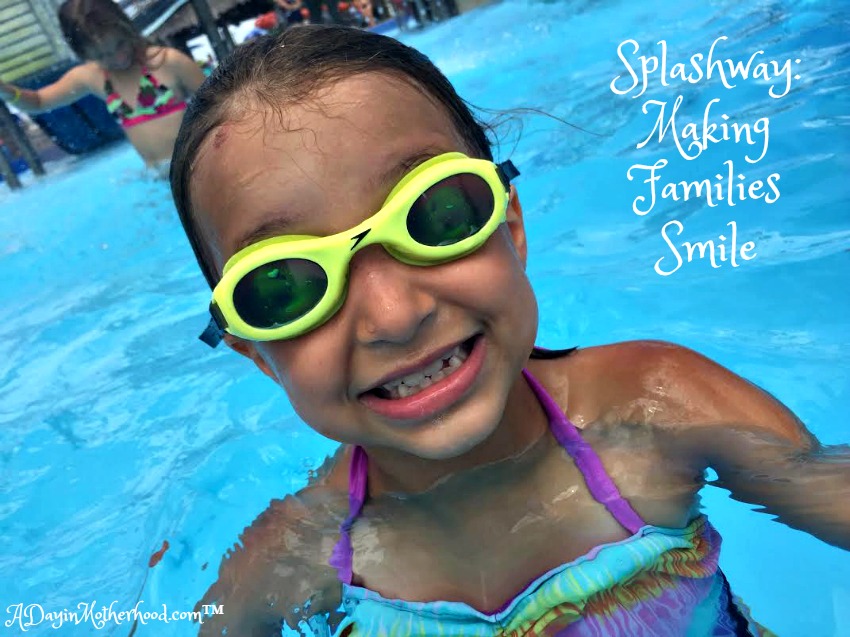 We are already planning another trip in a few weeks! Once visit was not enough!