Signs of Child Molestation in Children

Signs of Child Molestation in Children

I wrote a post about a class I attended at my church that gave some tips on how to spot a child molester. Well, there was a lot more to the class than I could put in that post, so this is part two. Below are some things I learned about the Signs of Child Molestation in Children.

This is the most important post, in my opinion.  Because we can not be everywhere at all times with our children and able to sense when they might be in a bad situation.  So, I think, it  is important to share what was discussed with all of you.  Because I think all information is important information on such a serious topic. 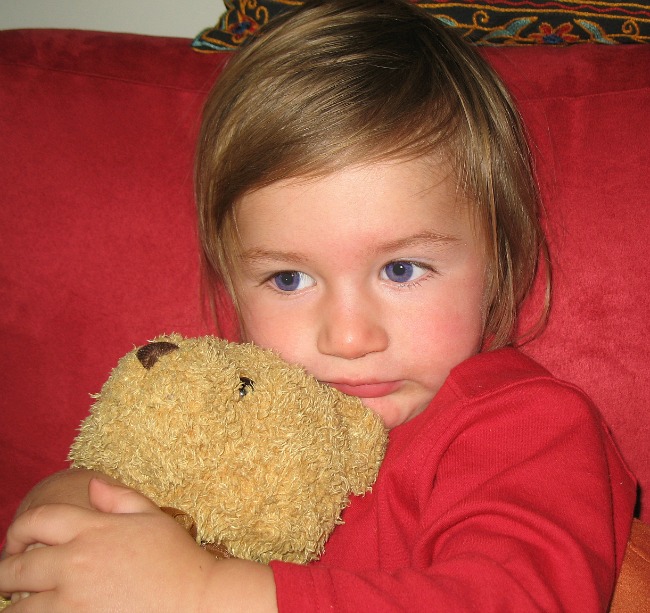 I am heartbroken –  but also proud because of the courage it took – to get all of the private messages and emails that came to me after my last post.  So many people out there have a history that includes sexual abuse as a child.  And when I asked if they told anyone, overwhelmingly, the answer was Yes… but they did not believe me.;  They did not know what to do.;  They blamed me!

My heart aches for these adults who still carry that violated child around in their hearts and the pain of not being believed and even blamed.  One woman said that she was even called derogatory names at the age of 5 after she told her parents.

I said it in the last post but it bears repeating.  Only 5% of children are found to lie about child molestation.  And usually they are in the middle of a custody battle and being coerced by a parent.  Not to say that lying with malicious intent does not happen, but it is more rare than might be widely thought.

And the younger the victim, the more likely it is that it is not a manipulated statement.

So how do we know?  What can we look for in our children and the children that we come in contact with that might send up flags of warnings that something might not be right?

The instructor gave us a few things to be aware of.

Sudden, drastic, changes in a child’s behavior can be a sign that they are being hunted to be molested or have already been molested.  This is a frustrating sign to me because as a teenager, I myself was radical in my mood changes.  I was short tempered one minute and dissolved in tears the next.  But I had issues that I had been dealing with for years regarding my physical abuse as a child.  So this was fairly typical of me and my parents would not have suddenly been dealing with a radical change in behavior.

But if the child has always been sort of even keeled.  Rational.  Loving.  But, in almost an instant, flies into fits of rage or locks themselves in their room for hours on end, it might be time to ask some questions.  It may be something else.  But the questions have to be asked.

The child might suddenly lose interest in an activity that they once loved.  A 12 year old female victim of a female English teacher said that she could not say exactly what was going on, but she begged and pleaded with her parents not to make her go to English class.  She faked being sick, refused to do her homework for that one class, and no one seemed to catch on.  They just thought that she was being a typical kid who was not doing well in class.

Listen to what children are saying.  A lot of the victims that spoke said that they were too scared to say exactly what was going on but they felt that it should have been known anyway.  One boy was molested at church camp, his parents at home thinking he was safe and in a good place.

When he got home from camp, he was angry with his parents for not just knowing that he was abused.  For not  ‘sensing’ it in him. And even after therapy and talking about it he said, when asked if he blamed his parents, “I don’t blame them too much anymore.”

They were not even there.  That tore at my heart as a parent.

Children who are sexually abused, according to studies, tend to let go of their personal hygiene.  According to the victims on the tape, they felt dirty and ashamed of their bodies and lost interest in taking care of it.  One boy said that as it happened, he left his body, counted the tiles on the bathroom floor, and he never could quite get back into his own body.

There is only one person to ever blame in a child molestation case, and that is the molester.

As parents, we know our children.  Or at least we should.  We know their moods and routines and when it changes drastically, we need to make sure we are asking the right questions.

I do think that the more open and honest a child/ adult relationship is, the more powerful that bond is in the ability to teach them what to look for in molesters.  But you can not really teach a 3, 4 or 5 year old how to maturely know when it might happen to them.

That is where our diligence as parents, whether it be our child or not, comes in.

We need to know the warning signs.  Both of a molester and the ones pointing to a possible molestation of a child.

We should limit who has access to our children.  I think, sometimes, that we are quick to hand our kids off to instant babysitters without really knowing everything about them.  Know who is at the home where your child might spend the night.  Meet the parents, get to know them, pay attention to your radars.  Stay for baseball practice to make sure no one in the shadows walks off with a child while the coaches are preoccupied.  Show up unannounced to your child’s daycare or school.  Be keenly aware of who they are around.

Ask your school or daycare if background checks have been made on all employees.  The girl who was molested by her English teacher found out later that that teacher had been fired from her previous school after allegations for the exact same thing.

No one had run her background check.

And we need to talk to our children.  Really talk to them.  Start young.  Make sure they know that there is nothing that they can not tell you that would ever make you so angry that you would not love them.  Teach them about the parts of their bodies and how to communicate if someone does something near or to those parts that makes them uncomfortable.  Reiterate that they are the most important thing in the world to you and that is why you ask them so many questions.

A few more tips I learned before I go:

Never allow a child to have a computer or smart phone in their room.  The technologies of today are breeding the modern child molester.  Create a centralized area in your home for them to use the computer.   Utilize parent protection software and routinely update it.

Most child molesters are online from 3-5 pm preying on kids.  They know that there are a lot of kids home alone, after school, that are vulnerable to a new friend, follower, or instant message from someone they may not know.  Child protection groups ask that kids are kept off of the internet during those times.

I have never been sexually molested and I find this subject incredibly emotional to write about.  I am touched by the people who have communicated their own abuse to me.  You are all on my prayer list.

I am no expert on this subject and would be awfully arrogant to think that I am.  But I did listen and seek understanding in all that was shared and hope I have done a little to help pass on that education.

God Bless our children and all of those who strive to protect them.

If you suspect an adult is abusing children, or know a child who has been abused who needs help, please call The National Center for Missing and Exploited Children at

or call your local Precinct.

See How to Spot a Child Molester

Get more posts about Parenting and Daughters