Should Doctors Give Parenting Advice?

Should Doctors Give Parenting Advice?

That is the comment the doctor told my friend in front of her daughter at the last visit. What was she referring to? Hormones to make her daughter grow at more ‘acceptable’ rate for society. Keep reading, it gets even better.

Should doctors give parenting advice?

Sitting on a swing with my dear friend, the sun warm, the wind blowing, we chatted about as our children played. With seven little girls between us, we were the majority on the playground. In between, ‘Don’t do that!’ and ‘I’ll help in a minute.’ was good, adult conversation. The kind that you have with good friends that allow you to complain a little, uplift a little and talk a little about the things you don’t get to talk about when the kids are right there. Stuff that gives you that knowledge that you are not alone in this motherhood thing. Stuff we all need to talk about. 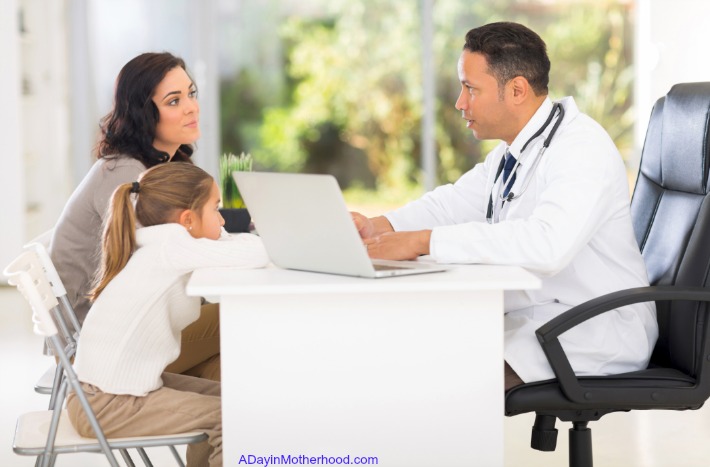 For months now my friend has been seriously conflicted about her older daughter. At 10, she was growing at a very, very slow rate. She is the height of my 8 year old and her 7 year old sister is catching up to her fast. She has always been small on the growth chart, if she made it on at all. With all of my kids being in the lower 10th percentile for height and weight, I don’t think there is a thing wrong with being short. I am 5′ 1″ after all and my best friend is 4′ 11″. You work with what God gave you and make it an asset, making society bunk the ‘norms’.

But this doctor she has been seeing has been pushing her to really consider hormones for her daughter. She wants her to grow more rapidly so that she looks more like the other kids. My friend wants data. She wants to know how many inches she could even gain. What the long term affects the hormones will have on a 10 year old and how should she expect her daughter to react to the treatment. My friend already seriously struggles with her daughter being on ADHD medications and is always looking for a better alternative to those as well. We simply don’t know the long term affects for sure and, like any mom, we are weary of cramming things into our kid’s systems without fully understanding the benefits and risks.

At the last appointment, my friend voiced her concerns and the comment she got spat back at her was, ‘She will hate you when she is 20 if you don’t do this for her now.’ On a sunny day, at the park with children playing with carefree joy, I believe my face turned redder than the sun in anger when my friend relayed the comment. It deepened in color when she told me her daughter, and mother, were right there in the room when she said it. I thought, should doctors give parenting advice?

Forget the totally unprofessional comment made in front of the totally inappropriate audience to be listening to it. Forget that the mom has been truly conflicted about the decision and up all night many nights in a row researching such a treatment. Forget that society’s standards are the very last thing we should ever be pushing on our kids to conform to when it comes to looks. This comment was rude, wrong and completely unacceptable from a doctor to a parent. She had no right giving parenting advice at all. Much less to a mom who is clearly responsible and trying to make the best decisions for her daughter.

How dare she!, was my reaction. Who the HELL does she think she is? followed closely behind. Shaming a mother into subjecting her daughter to a myriad of drugs that no one really knows how will affect her is completely against what a doctor should be doing! A doctor’s job, as I understand it, is to educate and answer and to lay out all of the options. It is not to spat a comment in poor taste at a confused mom in front of her perfectly normal child who happens to be shorter than most.

But when she then told me that the doctor, in addition to wanting to drug her kid to grow, wanted her to take her for learning disability testing, I was really irate. This child has 2 A’s, 2 B’s and a C, which is a 77, by the way, and has always done well in school! Sans some attention issues from the ADHD, she is a wonderful student! All of the teachers love her and the mother has not gotten any real complaints since they found this latest combination of nutrition and medication. But the doctor thinks because she is small and has ADHD that she possibly has a learning disability too. She wants to systematically ‘rule it out.’

Again, this was said in front of the child.

Learning disabilities? Hormones? Unacceptable comments to the mom in front of the child?

I relayed to my friend that I did not care how ‘highly rated’ or ‘recommended’ this doctor was, she was a flat out quack!  And I am a pro-science, doctors have more education that me and should be respected, kind of mom. I told her that I would never go back to that doctor and would seek second, third and fourth opinions before I put my child, who is still developing, on anything to make her a few inches taller. Nor would I subject a child doing fairly well in school to testing that could only segregate her further from her peer group should they find an inkling of evidence that she may learn differently than other kids.

Days later, I am still angry for my friend. She left upset, almost in tears and more confused than ever. Plus she had the added stress of explaining all of the doctor’s comments to her daughter. Who by the way, uses her small stature to enhance her gymnastics which is flat out amazing for a 10 year old! You should see her medal wall!