Sometimes I feel downright mean to my kids.  In fact, I have about 6 posts started with titles like “I Hate Being Mean”; “They’ll Leave as Soon as They Can”, and “They Have CPS on Speedial.”  All posts started, but not completed.

I guess because by the time I get around to finishing them, the girls have done something really sweet and I have forgotten about the incidents. 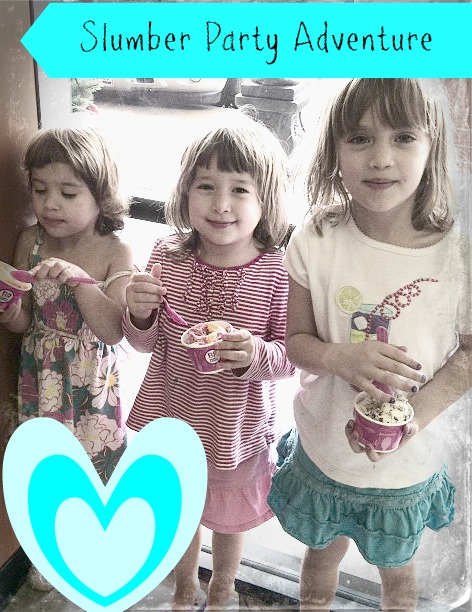 For instance, the other night, I decided to let my girls “try” to have a slumber party.  Katie has a bed and a couch in her room so there was plenty of room for an excited Sarah!  I tried to tell them that a slumber party requires sleeping.  So, I tucked both of them in, told them to tell each other bedtime stories and walked out.

A few minutes later, I was back, sternly warning them that if the were loud or out of their beds again, there would be no slumber party!  They hurriedly ran to their beds, laughter and exciting screeches accompanying their progress.  I warned them again and closed the door.  Secretly smiling when I was outside.

Time and time again, I went in, got them back in bed, warned them of consequences of not staying in bed, and closed to the door only to secretly smile at their antics.  Two little girls learning the ancient art of slumber partying.  Sneaking out of their beds, whispering not as softly as they think, playing in the dark, happy as can be.

It got quiet and I assumed they had either figured out how to whisper correctly or were, indeed, in their beds sleeping.  Thirty minutes passed and the door to Katie’s room opened.

Never a good thing to hear as a Mother, as you all may know!

I walk into Katie’s room and see that they have, working together, drawn a picture of a Christmas tree, complete with ornaments, the words HO HO HO, and a star on top…  on Katie’s wall.  In black marker. 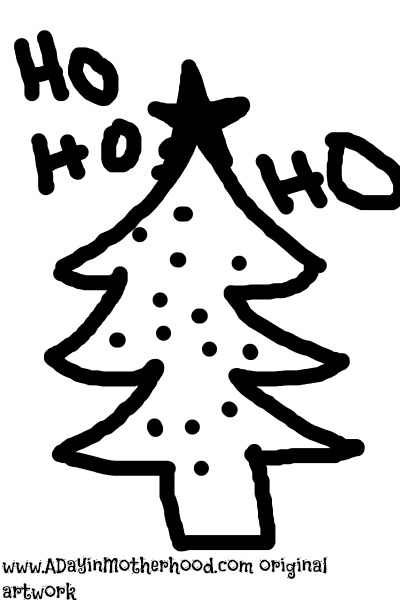 I had two choices.  Blow up or celebrate.

I decided to celebrate.  After all, it is just a wall.  A wall we will be painting anyway.  And I wanted their pride in their work to be a memory.  A cherished moment in childhood that they could draw on later and remember with a smile.

I did call an end to the slumber party after this, though, and put Sarah in her own room, where she quickly drifted off into an angelic sleep.  Katie protested at first but then curled up and fell asleep too.

I closed their doors and leaned against the wall between their rooms and let the peacefulness of three sleeping girls wash over me.

This is childhood.  And this is motherhood.  And though I was frustrated and a little angry that they would not settle down and go to sleep, I was happy that they had a special sister night.  Even though they may never know that through all of the warnings and stern words, secretly…  I smiled.