**I have received a prize pack for this promotion similar to the one the winner gets. All opinions are my own.**

A few weeks ago I told you about the Reliant Texans Secure Advantage Plan. It is the only electricity plan in Houston that rewards Texans fans for being team players! As a HUGE fan, I am Texans happy. Sure, we are having a rough season, but the potential is there and amazing. So I am rooting for them every Sunday! NRG Stadium is rooting for energy efficiency too! 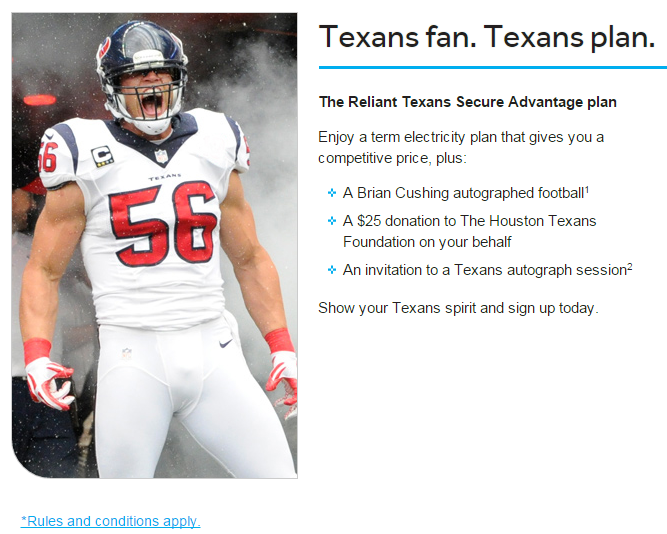 NRG Stadium is one of the first professional football stadiums with LED lights shining on the field, using 60% less energy than its previous lighting system. This is awesome as LED lights use significantly less wattage and burn without emitting immense levels of heat. So they are brighter, safer and conserve energy.  The new field lighting array is comprised of more than 65,000 light emitting diodes (LEDs), which are mounted in 480 optically enhanced luminaries.

In addition to the LED lights, NRG will install more than 700 solar panels at NRG Stadium, generating 221 kW of energy which also conserves energy.

As the Texans lead the charge down the field, NRG Stadium and the Reliant Texans Secure Advantage Plan are offering to help you save on your electricity too. In addition, the benefits that come with the plan reward fans and the community! 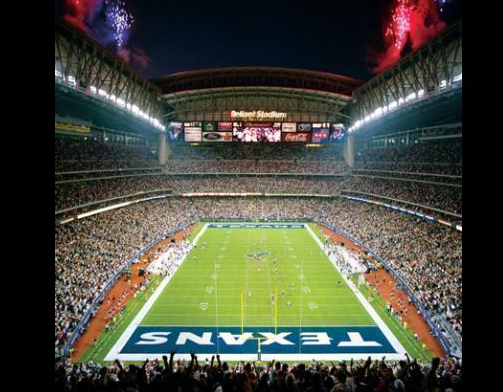 Customers with the plan score unique Houston Texans benefits, including:

A football autographed by Brian Cushing (or another player)!

Invitation to a Texans autograph session

A $25 donation on your behalf to the Houston Texans Foundation – they do awesome work in our community!

24/7 customer service and support, online or by phone

I love that a team is taking serious interest in reducing it’s energy usage! I can not wait to go to the game on the 28th and see the improvements!

Are you looking for perks with your energy plan? Check out the Reliant Texans Secure Advantage Plan and get some perks!