Raising Kids in a World that Seems to SUCK

Raising Kids in a World that Seems to SUCK

I am more than a little mad today. I am pissed. I am so sick and tired of how we, as humans, treat each other. It is as if our rights and opinions have more importance than our actual lives. Maybe I watch too much news. Maybe I spend too much time reading complaint after complaint on social media. Or maybe the information overload has finally rotted the holes in my brain that tries to see the good in everything. I don’t know, but I am all done with the seemingly common disregard for human life we have in this world.

Let’s start with the latest trend: Killing an entire family because you are mad. Yea. That makes sense. Let’s shoot up 6 kids and 2 adults because you didn’t get your way. Let’s try to understand how one person who is mad at another person can handcuff a 6 year old and shoot him execution style in the head because mom built a new family because you beat the crap out of her. She changed the locks. She called police. You spent a total of 7 years in prison for beating her up and yet, STILL, you are so messed up in the head that you think the only way out is to kill everyone? 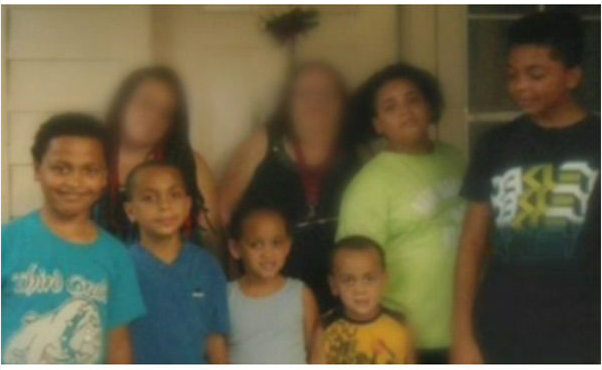 On that story, you know, the one where the former domestic partner with a rap sheet a mile long for offenses, even a 5 year stint for a felony, against a person, could obtain a gun and metal handcuffs, break into a house and KILL 8 people all while police were doing welfare check after check, unable to enter the property because of the law; how does that happen? How does THAT happen?

How did the mother’s begging for help on Facebook messaging saying he was in the house with a gun and relatives calling to relay the message NOT allow police to sidestep ‘the law’ and enter the residence earlier in the day? Why was it only that an officer seeing a dead child on the floor through a window allowed them to go in? How does THAT make sense?

How? I want to know. I really do. An ex-con got a gun and handcuffs. Police are handcuffed by the law. 8 people are dead. Six children. Dead.

Just a few months ago a fellow blogger, April Bever, and her family, including 3 children, were murdered by their 18 and 16 year old sons. Why? What is the point? A good family with a lot of love is terrorized and murdered why? Because the 18 year old didn’t like dinner? Because they didn’t want to do their homework? Why? 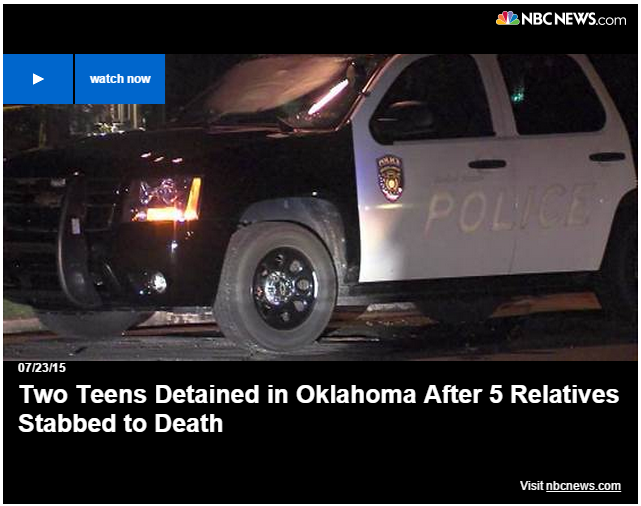 What about the Stay family? Where the estranged husband shot 7 family members including 4 children, only 15 year old Cassidy Stay surviving by playing dead. What for? Because she moved on and built a new family and was happy? And he was not?  He didn’t get what he wanted so bang, bang, bang, bang, bang, bang, bang? That makes sense?

What am I supposed to tell my children? We kill each other with guns. We kill each other with our cars by drinking and driving, texting and driving and getting angry when a driver cuts us off. We kill ourselves with hatred, prejudice, righteousness. We use excuses like mentally insanity and ‘extreme emotional distress’ to allow those who do evil in the world to get a lighter sentence while the victims families sit it the courtroom listening to how they really are a good person who just ‘made a mistake’. There is always an excuse. ALWAYS!

Who is to blame? Obviously, the lousy, screwed up, loser of a human who kills for their own perceived gain is at fault. But aren’t we, as a society to blame too? Aren’t we supposed to look deeply inside to check ourselves and to ask what we have done to aid in the thought process where we have people walking around thinking it is OK to kill multiple people and children just because they are mad? 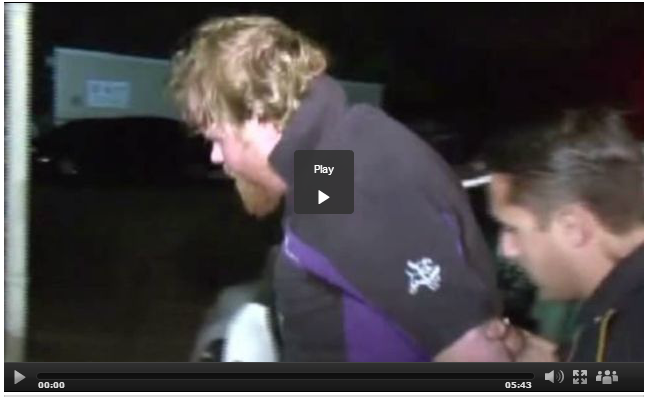 Are we that self absorbed and awash of any responsibility that we can claim no blame? Can’t we take into consideration that we are partially responsible for the carnage? Our overly stimulated, overly competitive, overly woe-is-me, society is seemingly falling apart. We follow celebrities for no other reason than they exist. We elevate rock stars and sports heroes to a godly level. But we forget about everyday people who may need that extra step taken to prevent a tragedy. We treat mental illness like the plague, ignore those who show signs of being on the edge, turn away the conversation when we can’t be right in our argument.

I am raising three children of my own and I am at a loss at explaining, yet again, how the clues went unchecked. How the world failed these children. I am at a loss for words because I can not even explain it to myself.

Raising children is hard enough. But Raising Kids in a World that Seems to SUCK is harder.

Maybe it is me. Maybe I fixate on these stories too much when they happen. I allow myself to be absorbed by them, feeling the fear and pain of the victims and survivors. Maybe I should turn off the TV, stop reading and sharing the details.

Right now, though, I am mad. Because we are better than this. And I wish we would use our power for good. To make improvements to the laws, the mental health system and human relations. Instead of to promote those who have the best bikini bodies.