Pregnant Woman Begs for Money Then Drives off in A Mercedes

Pregnant Woman Begs for Money Then Drives off in A Mercedes

I realize people are mad at me for talking about this story. But the news keeps coming about her scam and it is people like this that make it harder for people who really need it to survive. I think calling out scammers is a good thing:

11/13 updated story: KGTV sent the old and new images of the woman to facial recognition expert Kent Gibson. He used a computer program called “Face Forensics,” which returned a nearly 80 percent match — meaning it is most likely the same woman. See the Update

This story is the reason that I stopped giving money to people on the street!  In fact, I have had to tell my children that some of these people are not who they seem to be! A while ago a local station did a a similar story where they followed someone from a corner to a home that was clearly short of homeless. Now this Pregnant Woman Begs for Money with a little boy at her side and then Drives off in a Mercedes story solidifies that you simple have to be careful who you decide to help! 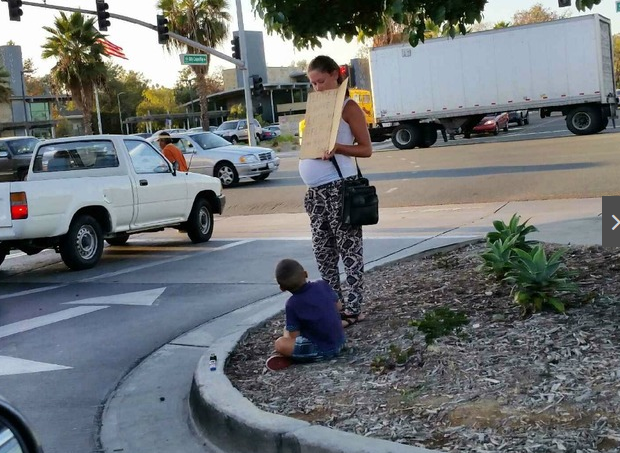 In a shopping center in San Diego, a woman watched as the pregnant women begs for money and were given hand out after hand out. She is dressed fairly well, has a nice purse on her arm and the little boy is well dressed with good shoes and hair cut. Yet person after person freely handed them money.

Once she had collected enough from that shopping center, she was picked up in a brand new Mercedes Benz where the person watching captured photos of her and the little boy in the front seat – no car seat, mind you – counting money and laughing.

People like this make me so angry. Especially when there are people who beg on the street corner who, literally, have no other option  to get any money any other way. I have just as a rule stopped giving money to anyone on the street. Not because I don’t believe some people don’t really need it, but because time and time again I hear stories like this. I choose to give directly to shelters and the Red Cross because at least I feel it might be used as something other than a payment for a Mercedes Benz. 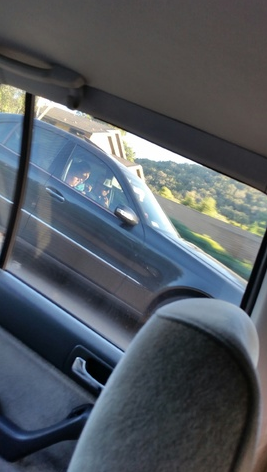 As this pregnant woman begs for money in a popular shopping center and then goes to another in the same day to do the same thing, there are people who can’t afford to feed their kids let alone have them in matching outfits!

What do you think? Would you have given this woman money and do you think she will stop now that this story is out?