Pie Face Showdown is Here and It Is Fantastic!

Pie Face Showdown is Here and It Is Fantastic!

This post about Pie Face Showdown was sponsored by Hasbro as part of an Influencer Activation for Influence Central and all opinions expressed in my post are my own. #PieFace #ad 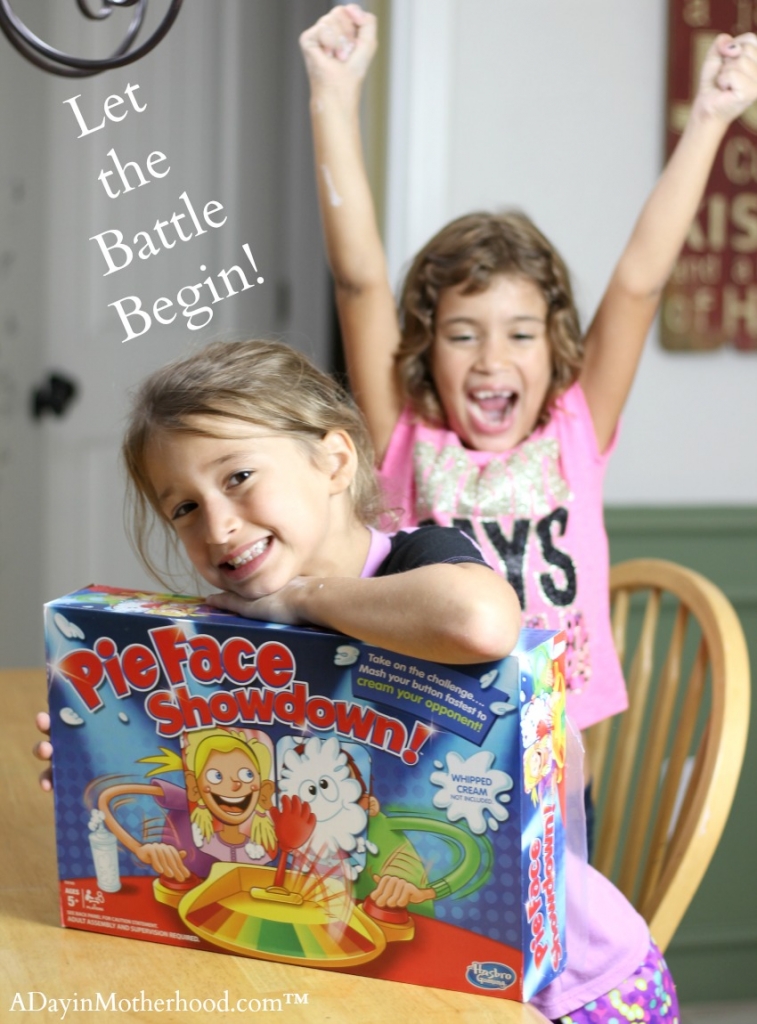 On October 1, 2016, run to your nearest store and pick up Pie Face Showdown!! Why? Because it is hysterical, fun and will foster some healthy family competition that is so entertaining you will want to do it again and again! Based on the hugely popular game, Pie Face by Hasbro, Pie Face Showdown pits one against another and the one who can push the button the fastest splats the other person! Just watch as Megan splats Sarah who she ‘totally owed Mom!’!

Game night around here is pretty special anyway. We laugh, we play, we compete, sometimes there is crying… but then the kids comfort me and all is well again. One of our best game nights ever was when we got the original Pie Face game. Just the splat affect could send laughter filtering through the house for hours!

So Pie Face Showdown is game on, baby, and we are ready to go! 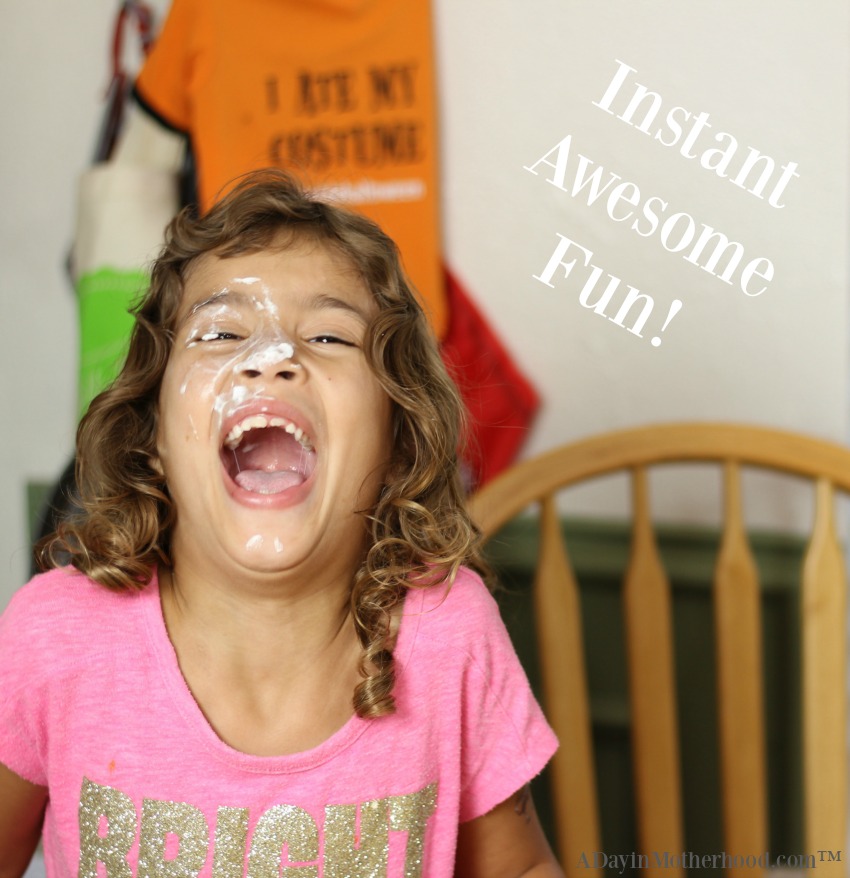 Set up is simple. Put the pieces together, add the whipped cream, grab the camera for the best Splat faces and GO!  We had no bets going… at first… but after a while, the one who did not get splatted got to choose a silly thing the other had to do! Like dance like a monkey if you get splatted! It was TOO MUCH FUN and the kids can not wait to play again. I actually think they are going to battle me next! 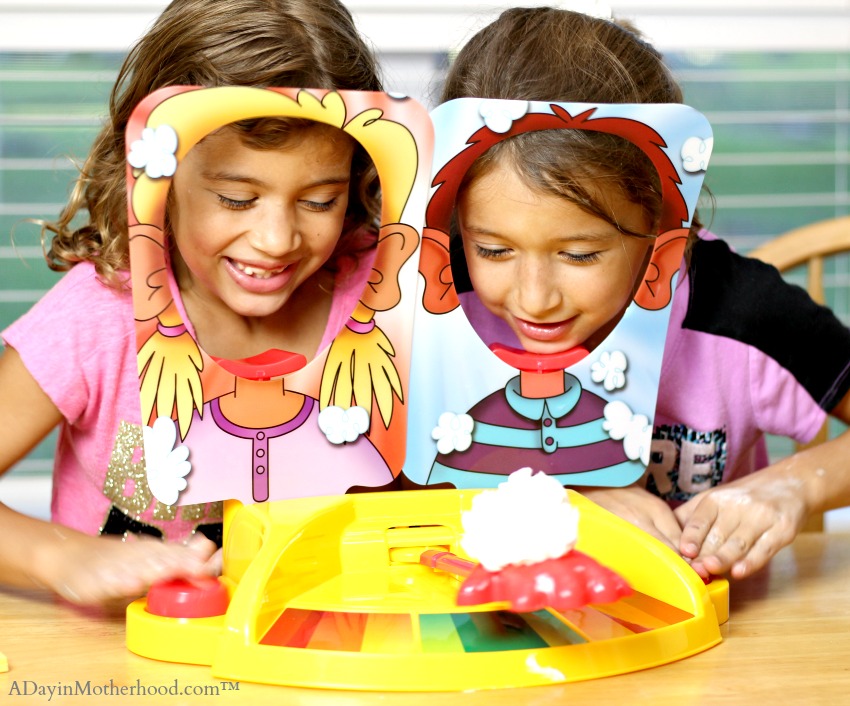 Here is a little trick for the younger crown if they are playing an older person. Move the arm closer to the stronger player so that the little one has a better chance. There is something awesome about a little one splatting mom! 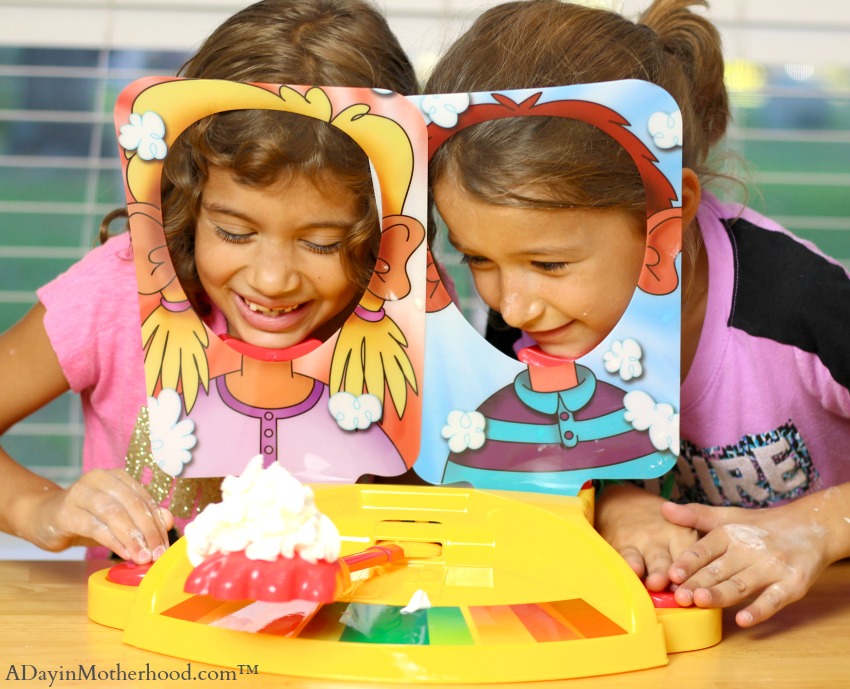 This is the family game night game you have been waiting for and you can get it in stores October 1, 2016! Put it on your holiday wish list, too! At under under $25), the Pie Face Showdown game makes for a great holiday gift that the whole family can enjoy and it’s perfect for entertaining friends during the season! I am thinking of a showdown with my brothers! 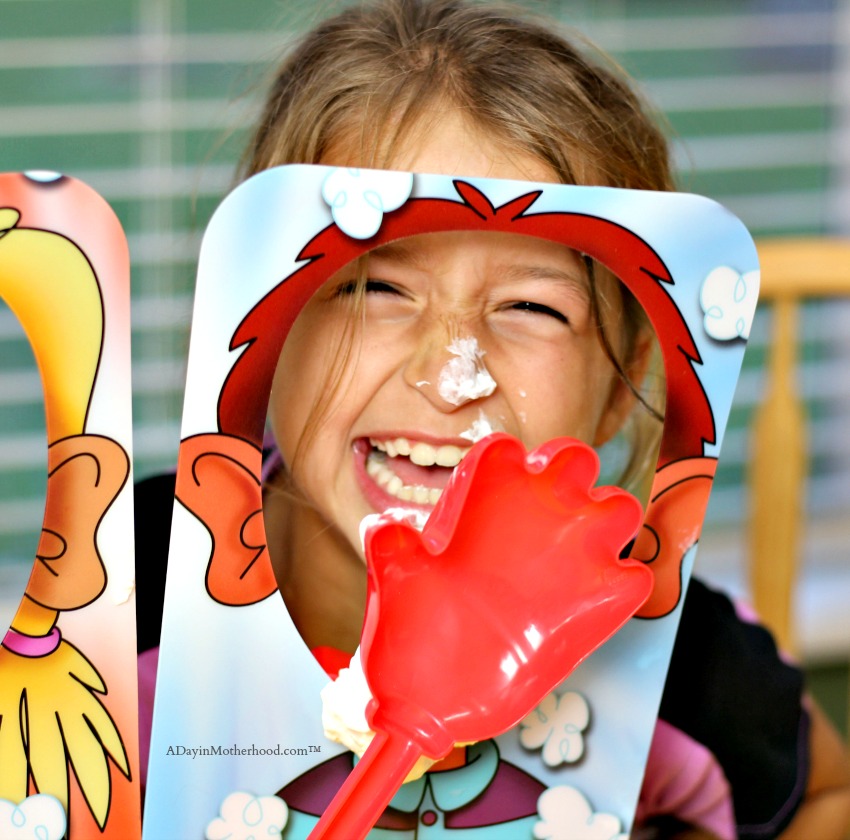 On October 1st the Hasbro Pie Face Showdown game will be available in stores and online nationwide at HasbroToyShop.com1 Get yours NOW!