*Expired* WIN PEOPLE LIKE US on Blu-Ray Combo Pack

*Expired* WIN PEOPLE LIKE US on Blu-Ray Combo Pack

Being touted as one of the best movies of the year by audience members, People Like Us on Two-Disc Blu-ray/DVD Combo is now available! 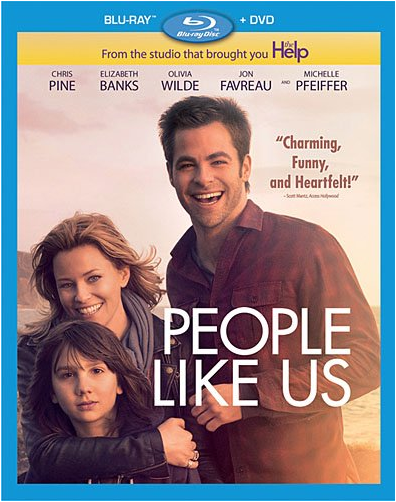 “People Like Us” is directed/produced by Alex Kurtzman (Cowboys & Aliens, The Proposal, Star Trek, TV’s “Hawaii Five-O”), written by Alex Kurtzman, Roberto Orci (Transformers, Star Trek, Cowboys & Aliens) and Jody Lambert (her first writing debut) and composed by award-winning composer A.R. Rahman (127 Hours, Slumdog Millionaire). Chris Pine, who plays Sam, is a twenty-something, fast-talking salesman whose latest deal collapses the day he learns his father has suddenly died. Against his wishes, Sam is called home to put his father’s estate in order and reconnect with his estranged family. While there, he uncovers a startling secret that turns his entire world upside down — he has a 30-year-old sister (Banks) he never knew existed.

Check out a clip below:

The Blu-Ray Combo pack is available NOW!  Get yours online or in stores!
And because this movie is so good, everyone should have it, (1) of my readers will WIN the People Like Us Combo Pack!  Just enter using the Rafflecopter code below!

**I received no compensation for this promotion.  Please see my Disclosure Statement for more information.**
a Rafflecopter giveaway