Paddington is Coming to Theaters January 16, 2014 – See a Clip #PaddingtonMovie

Paddington is Coming to Theaters January 16, 2014 – See a Clip #PaddingtonMovie

**I am posting this promotion in partnership with The Weinstein Company.**

Growing up certain characters make an impact. The memories and the stories last a lifetime. So when I heard that Paddington was coming to theaters January 16, 2014, I reached back in my childhood to recall this sweet bear from books that I loved. 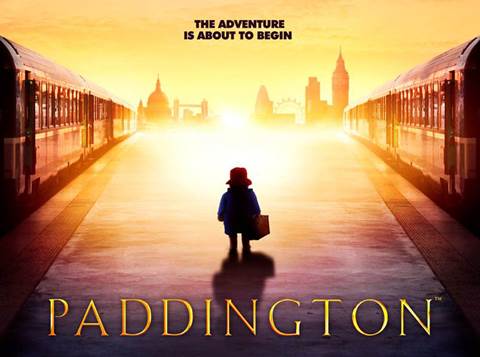 Check out the trailer below to get started in the excitement of this movie!

More about Paddington, the Movie

From the beloved novels by Michael Bond and producer David Heyman (HARRY POTTER), PADDINGTON tells the story of the comic misadventures of a young Peruvian bear (voiced by Ben Whishaw) who travels to the city in search of a home. Finding himself lost and alone, he begins to realize that city life is not all he had imagined – until he meets the kindly Brown family who read the label around his neck that says “Please look after this bear. Thank you.” and offer him a temporary haven. It looks as though his luck has changed until this rarest of bears catches the eye of a museum taxidermist.

I am going to be giving away a prize pack the week of December 8 so stay tuned!  In the meantime, connect with Paddington now!

Do you remember Paddington? Show your kids the trailer and watch as they fall in love with him too! I have ordered Paddington, the book so my kids can fall in love too!  Dress your holidays with the lovable bear everyone will be friends with!