Night Terrors U & How I Handled Them

Night Terrors U & How I Handled Them

When my oldest daughter, Katie, was born, she was the picture of perfection in our eyes.  A tiny little ball of chubby cheeks, fuzzy hair and sweetness.  She came out, after a grueling 21 hour labor, via c – section.  Her already obvious blue eyes wide open and we joke, to this day, have not closed since.

We never imagined anything ever being a terrible challenge with her.  She was just so perfect. 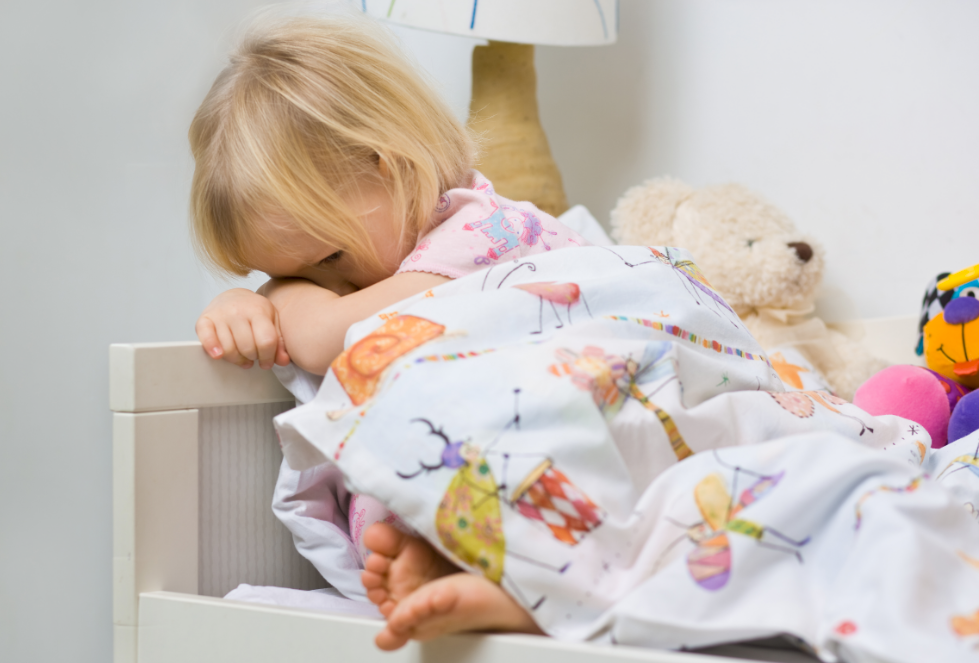 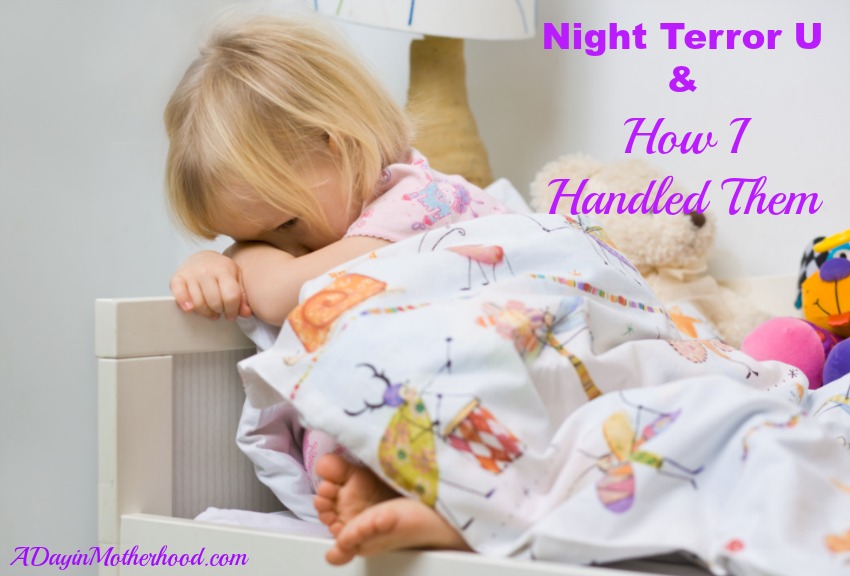 At or around 3 months old, about the time I went back to work, we noticed that she was having fits, we’ll call them, in the middle of the night.  Sometimes more than once a night.  With this being our first baby, we assumed it was normal infant behavior.  We asked friends with children and most of them simply brushed it off to just waking hungry.  We asked our Pediatrician and were told that the kicking and screaming was a reaction to the change in her environment and disruption in nap schedule.

She was with a sitter for her first year.  The sitter was fantastic but was frustrated with the fact that Katie never wanted to nap.  At 3 months old, she could only get an hour out of her if she were lucky.  I remember her calling me, irritated and tired, telling me that her other babies Katie’s age were sleeping 3- 4 hours a day.  She requested over and over again that we find a remedy, such as getting her to sleep through the night, to help aid her in producing  a sleep pattern during the day.

We did everything we knew how to do.  We scoured baby books, the Internet, and any one’s brains who would listen and not brush it off as us being inexperienced.  I finally found someone, through my Internet Mommy’s Club that gave it a name.

I had never hear that term before, though I had seen it in my research and assumed it was a nightmare type of condition that had nothing to do with my perfect infant.  Turns out, after talking in detail with this mom and others, Katie, indeed, at her tender age, had night terrors.

Thrilled to have a name for her issue, my fingers ached with the amount of Internet research I was doing.  I read and read until I had headaches but still had no clue as to how to handle the issue.  I took every piece of advice I could get in an attempt to get my little baby to sleep through the night.

As she aged and remedy after remedy failed, from tight swaddling to Tylenol before bed, my exhaustion and frustration grew.  Now pregnant with my second daughter, I was working full time, up most of the night with Katie and uncomfortable to boot.   With the solution to all of her issues with napping, whining and neediness being, according to everyone, to sleep through the night, the night terrors were producing a very difficult challenge.  And as a Mother, I was suffering a great depression and detested bedtime.  My husband tried to help, but seeing his baby daughter flail around, kicking and screaming with almost demonic fear, flipping her body back and forth, to the point where we feared holding her lest we drop her, proved too much.  He handed the entire issue to me and just made sure he was there with a shoulder when I would finally calm her and come down in tears.

It does seem that Katie had an extreme case of Night Terrors.  Even the Pediatrician, after I explained the duration of the terrors, almost an hour, the violence of her jerking and screaming and our fears that something really, medically, was wrong with her, had to agree that she has never heard such awful recounts in her practice.  She made suggestions of formula at night, continued pacifier use and just holding my hand on her and caressing her when she had a terror, instead of picking her up and attempting to console her.  She told me that Katie was, most likely, not even awake during the attacks and would not remember them in the morning.

This made me feel better…  for her at least.

When Sarah was born, with severe colic, no doubt, my life turned upside down.  I now had a 14 month old up at least twice a night and an infant who would nurse, throw up, scream and nurse again.  Thankfully, I was now a stay at home Mom and had joined a group of ladies in a Mom’s Club.  During a playgroup at my very messy house, my clothes mismatching and wrinkled, my hair the vision of a bird’s nest, another Mother suggested that, about one hour after Katie falls asleep, I go in, and turn her to a new position.  The goal was not to wake her, but to bring her out of REM so that she could resettle and thus stop her brain from producing a terror.

It seemed implausible to me that something so simple could work.  But I was willing to try everything short of basting her in Castor oil to get her to sleep peacefully through the night!  Only because that stuff is hard to get out of sheets!

So that night, I took a deep breath, and prayed to the dear Lord above that I could last the night once more, and laid my perfect little princess in her crib.  I tended to Sarah, giving her her combination of meds for her colic, nursing her off and on, and trying to get her to bed for the next hour.

I then tip toed into Katie’s room, careful not to wake her, and turned her little body over to a new position.  She grunted and cooed a sweet sound and though I felt I had done too much and had woken her, she settled peacefully into an even rhythm of deep breathing.

And there she stayed.  Until the next morning.

I remember waking the next day and running, full speed, up the stairs, thinking something had happened and she had not made it through the night.  I flung open the door to find my sweet girl, playing in her crib with a baby doll, greeting me with the biggest smile I have ever seen.

And so it went, night after night.  I’d put her to bed, go back up about an hour later, turn her, and watch her sleep mostly through the night.  If I combined that with my nap Nazi approach to sticking to a severely accurate nap schedule, I could almost always get her to the recommended 12- 14 hours of sleep a day.

We still had terrors, we did.  No one thing solves everything after all.  But the times that this worked was Heaven.  Between this method and just picking her up and rocking her until she calmed, we turned Night Terrors turned more into a nighttime inconvenience than a nightmare.

Now we deal with her serious issues of going to bed.  But, finally, after almost 4 years of fighting, we know that once she is there, she is likely to stay.

So she eventually did grown out of them!

And into something else that will has me teetering on the edge of sanity!