‘Newsies’ Opens On Broadway March 15, 2012 & An Interview With The Guy Who Made it Happen #DisneyDreamworksEvent

‘Newsies’ Opens On Broadway March 15, 2012 & An Interview With The Guy Who Made it Happen #DisneyDreamworksEvent 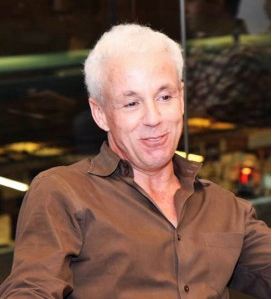 Meet Steve Fickinger, the Vice President of Creative Development and Licensing for NEWSIES on Broadway.  His enthusiasm and excitement for this project made me want to sit outside of the Nederlander Theater in New York City until it opened for previews on March 15, 2012 just so that I could be the first one to witness, what is sure to be, an amazing theatrical performance.

Since my Texas blood can not handle the New York cold, I chose to hang on to every last word Mr. Fickinger said about what he does, how he does it, and how seven years of meetings, phone calls, casting calls and sleepless nights made his dream of bringing a cult favorite to reality!  And just hope I get to see it while it is on Broadway!

Well, as you might know, the film failed. Failed, failed. I think it made maybe three million bucks. It was in the theater for one weeks, one week, a famous failure. But it developed this cult following on home video, and there is a generation of kids who were now maybe twenty-five, twenty-eight, thirty and this movie is like a religion for them. They know everything about it, they know every word, they know every lyric, they know the moves, wonderful.

So [there is a] little cult group that’s out there.  When I came to Disney, which is eighteen years [ago], [I was] told [that] maybe NEWSIES [as a] musical on stage. When people ask to do shows at their school, at their local dinner theater, at their performing arts centers, there are two shows are neck in neck with the most requested titles.  These are shows that we have not yet developed for a stage adaptation. One is NEWSIES, number one requested.  The other one’s a little left to center [is The Nightmare Before Christmas].

So, about seven years ago, I picked up the phone and I called Alan Menken and Jack Feldman, who did the original film, and also spoke with Bob Tzudicker and Noni White who wrote the original film.  And I said so let’s do this thing.

Was it an easy process to get it to Broadway?

We’d been working a long time. [Despite some previous issues], I didn’t wanna throw the whole thing out.  Alan Menken, who I’m sure you all know from Beauty and the Beast and Enchanted, Sister Act, many wonderful things, happened to be at Leo’s Grocery Store [one day]. He lives kind of slightly upstate New York  and he happened to run into Harvey Fierstein, who you probably also know from Mrs. Doubtfire and La Cage aux Folles.

They fell to talking and Alan NEWSIES into the conversation.  Harvey [wanted to] talk more about that. So they went over to Alan’s house, and they talked more about it, Harvey watched the film. Alan picked up the phone [and called me], and said, you’re never going to believe who actually is interested in writing the book for Newsies. Harvey Fierstein.

And that time, the goal for the show was primarily to serve or service all those people out there who wanted to do for schools, community groups, maybe some professional productions, whatever that might be.  And also we [changed] things.  We love to kill parents at Disney, so, though we didn’t kill the parents, they’re nowhere to be found in the show. And so after a certain amount of time of [changing little things],more drafts, rewrites, etcetera.  We ran the show regionally.  When we received sort of an avalanche of great press on NEWSIES from the New York Times, Mirror Times, Entertainment Weekly, Newsweek, New York Magazine, etcetera, their review were just terrific. It was very, very exciting, there was also just speculation [that] we [would] move to Broadway. 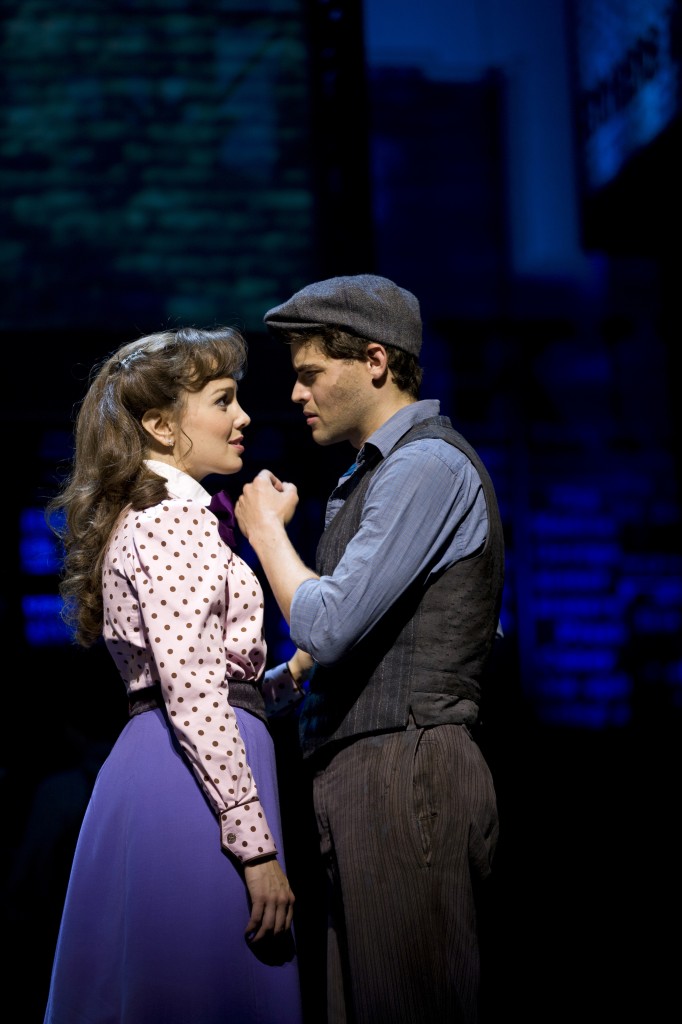 Do you have one cast for NEWSIES or do you rotate actors?

Principles as well as the NEWSIES will show up eight times a week. The kids you’ve gotta swap in and out. There are very appropriate strict parameters around the ways and the hours which you can work a child.  If you’re casting a show  [you have to think] if [they] hurt [them]selves or if [they are] ill, or there’s a family emergency [then] we have swings, we have standbys, we have covers.  But if you are cast in the show, you are expected to make two performances a week. 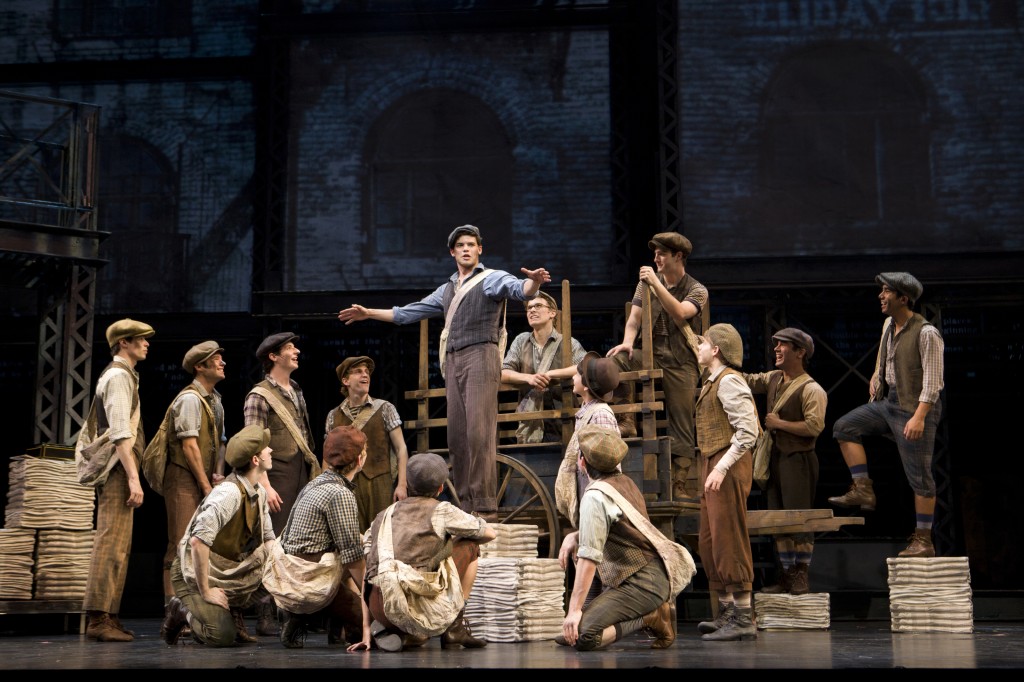 What do you want the audience to get from NEWSIES?

Here’s what I really want. I want however long it’s open, be it ten weeks, twenty weeks, thirty weeks, I want it to be great. And I’m really, really proud of the show. It is, in the best sense of the word, I think, an old fashioned musical. It has tap dancing, it has dancing, it has soaring ballets, it’s got toe tapping tunes, and it’s got a story that is oddly, and fantastically timely. David versus Goliath and the little guy taking on the big sort of behemoth and winning.

So, I think that this is going to be a terrific experience for everyone who comes to see it. Those are people who genuinely love musicals. I believe in heart, I do believe in humor, I do believe in emotion, and I think NEWSIES has all those things, so I think it’s [going to] be terrific.

And I hope that you or your friends,your cousins, your aunts, your uncles will get a chance to see it.

This interview really was a highlight when I was in New York for the Red Carpet Premier of War Horse (nominated for Best Picture at the Oscars), saw Mary Poppins on Broadway and was lucky to view Beauty and the Beast in 3D.

Like NEWSIES on Facebook for all of the latest happening and make sure to get your tickets and read all about it on the Newsies website!

**Some editing of the interview text was needed for the flow of the conversation.  For the entire interview, as is, please contact me.**