My Daughter Makes Me Look So Good

My Daughter Makes Me Look So Good

I love it when my kids make me look good.

Friday before last, my two year old, Megan, woke up and told me that she wanted to wear underwear.  She’d never done that before and will be three in July.  My plan was to potty train her during Spring Break next week while I was trying to night train Katie and Sarah.  I figured one week of total misery would be replaced with a lifetime of no more diaper and overnight underwear bliss. 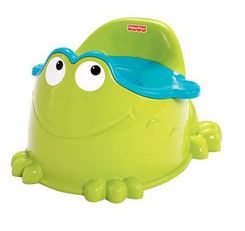 To my complete shock and amazement, Megan proceeded to jump ahead two week and went all day in the little baby potty we have in the hallway.  No accidents, no misses.  Nothing.

Except tears of apprehensive happiness by her mother.

I had nothing to do with it.  Never even mentioned to her that she needed to potty train.  She just did it.

But the most shocking of all is that, from this Friday on, one week to the day she asked for underwear, she does not even wear them at all.

Now, this may seem like a natural progression to moms who know what they are doing but to me – who almost never knows what she is doing – this is M A J O R!

Because neither of my other two girls, ages five and four, have ever not worn something as protection at night.

So how did it happen that my two year old gets up twice a night to go potty on the little potty and the other two daughters, one who did not even stop having accidents until Megan trained, do not?

I have no idea.

But after 10 days in underwear, 3 being over night, only 3 accidents the entire time and one less package of diapers to buy, I fall to my knees, hands raised to the Heaven’s and scream, “Thank you dear Lord!  THANK YOU!  And please don’t let her regress.”

She makes me look so good!