My Adoption and Me

My Adoption and Me

November 20 is National Adoption Day.  A day to raise awareness and celebrate adoptive parents and children everywhere.  It’s funny, I never even knew it existed, or really cared, until recently.  Until my blog, really.  Until I forced myself to post honestly about my myriad of emotions as a mother and realized, this event-  my adoption – is more important to me than I thought. 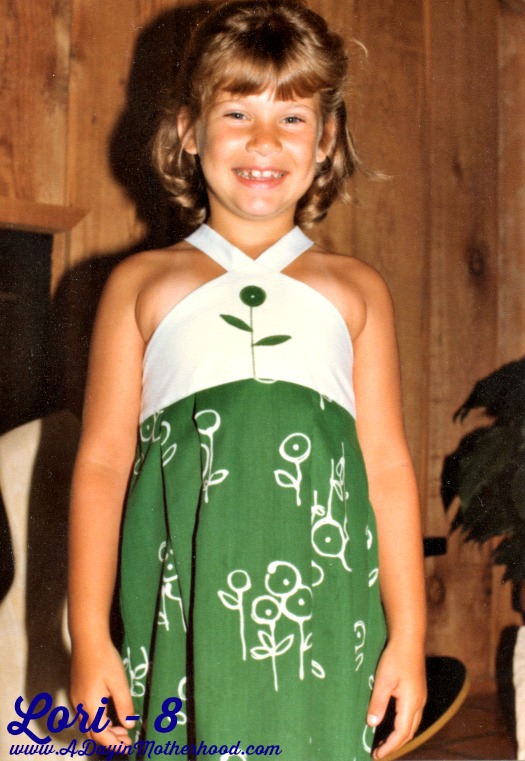 I was an abused child.  The daughter of a schizophrenic mother and truck driver father.  The 5th daughter in a family of 8 children.  Living in a trailer home, moving often to avoid child protective services, and underfed, under cared for, and neglected like a child never should be.  I was “taken” often and put in foster homes, along with my brothers and sister, only to be shoveled back to my family and start the cycle again.

When I was 6, the state caught up with us and permanently removed us from the home.  I was in a foster home until one day, my social worker showed up, said we were going to another city and I was going to meet a family that wanted more children.

A few months later, I sat at a judge’s table and was asked if I wanted to be adopted.  I was 8.  I looked at these people who I’d been to a carnival with, shopping with, and Church with and decided I’d like to hang with them a little longer.  So I said “Yes”.

And that is when I became another girl.  I became the second daughter, the only one adopted, in a family with  rules, discipline, structure, and unconditional love.  Not that I thought that at the time.  I was new to everyone and new to everything.  I had birthday parties for the first time ever, Christmas, and other events others seemed to just expect, introduced to me.

I came full of baggage.  Tattered, torn, beaten, tired, frustrated, confused baggage.  This presented an amazing challenge to my parents, who tried everything to help me, often with the knowledge that I appreciated none of it.  How they did it is beyond me, but I certainly appreciate it now.

When I found my ex-husband, the man I thought I would build my family with, I started to really “get it”.  My parents did not adopt me because they “had” to.  I was not the stray cat that would not stop mewing at their back door.  I was a human being.  A child in need.  A child they wanted.  So desperately that they allowed strangers in their home to assess them as people, listened to others tell them why they should not adopt an 8 year old broken girl and should hold out for a new baby that they could mold from birth, and did it anyway.  With pride.

There have been many, many, many obstacles and difficulties in my relationship with my parents.  Mainly from my resistance to them and my jealousy in their strength, resolve, and determined spirit.  They never gave up and now reap the benefits of their hard work.  They have 2 daughters, 5 grandchildren, and a life time of love and adoration.

So on National Adoption Day 2010, I raise my glass to you Mom and Dad.

Adopting me made you angels,  putting up with me and all of my “stuff” makes you warriors, but loving me makes you my parents.

God Bless you all on this wonderful day!