Come join the revolution of support and truth in motherhood!  Submit your Guest Post Ideas to my Contact Me Form!

Years ago, when my youngest child was under 16 months and I had a newborn, I had a friend that I spent a lot of time with. We were both stay at home moms with husbands who worked long hours.

She and I did everything together. Took the kids on walks, went to the library… drank a glass of wine on a Tuesday at noon…

OK, judge but be nice about it!

One day we were talking about another mom in our Mom’s Club group.

Yes, shocking that moms are gossiping about other moms!!

She, my friend, was going on and on about how this other mom only gave her kids cold cereal and waffles in the morning for breakfast. She so vehemently denied that she had ever done that. She got up in the mornings and made a hot breakfast for her kids every.single.day.

She was just flabbergasted that a stay at home mom would take such short cuts on a healthy breakfast for her kids!

“What is the point of staying home then? You might as well throw a bag of Cheetos at them!” was her comment.

Now, I had little ones. Very little ones. And that still new excitement over staying home with my kids – I had just quit my job as a stockbroker a few months earlier – was glistening and bright. I was up all night with a newborn and a toddler and still maintaining a house, cooking a Food Network meal every night and managing not to pass out of total overload. 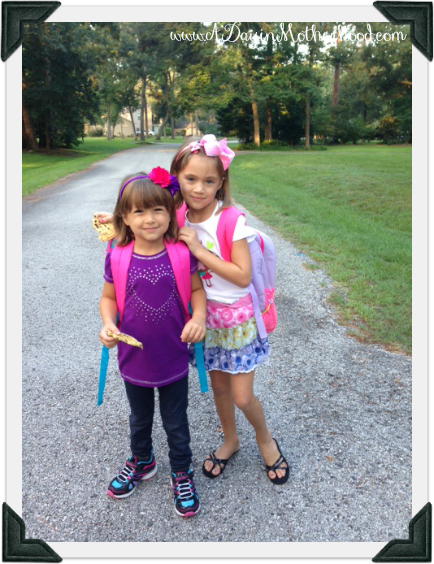 I, being of inexperienced mind, agreed with her. What was the point of staying home if you were just going to take short cuts?

Fast forward six years – add a kid and a divorce – and I am way more understanding of stay at home moms and the unseen stresses no one else sees!

There is no schedule which makes it hard to stay on one. There is no understanding other than those who have been there. And the amount of crap we take for “sitting around all day and eating bon-bon’s’ is ridiculous.

Now I am one of those moms. The instant gratification, throw a frozen waffle at them on the way to the bus stop because I spent 10 minutes refereeing a fight over pink socks and that ate into my breakfast prep time, kind of moms. My friend – whom I no longer see – would have a field day with me!

In reality, motherhood is just hard sometimes. But I think the hardest part is putting up with all of the opinions and judgments from other moms. Living up to other peoples standard’s is a no win situation.

I wonder now that her kids are in school and she works out of the home if she is one that now thinks that Cheetos are an acceptable breakfast? I wonder if she goes back and thinks that she was wrong to pass judgement on a mom whose life she did not live.

Because some days – and I can admit it – I totally do!

Have a story of motherhood that you want to share? Email me at lomargie@gmail.com with ideas and more!

Get more real posts and inside my head by subscribing to my Daily Emails!