Written by Series Guest Blogger, Brooks Weatherspoon, a father of twin 12 year old girls that will give us insight into A Day in Fatherhood!

Cancer….This is not a word that I ever wanted to see associated with my name. Yet, there it was hanging on the edge of the doctor’s lips. I heard the cancer part but missed the rest of what he was saying entirely. He also said the words male, breast and possibility. The word cancer drowned all of that out for the first go round. The doctor almost seemed to realize that and repeated the phrase a few times to wake me up to what he was saying.

After my heart rate slowed down a little and I started to actually listen, I realized that I was not on death’s door just yet…merely sneaking a peek. It appeared that the pains I had been experiencing for months in my chest area and armpits as well as the shortness of breath were not simply going to be ignored and blown off as simple muscle strains. Apparently the doctor felt things that needed to be checked.

But for male breast cancer? Really? 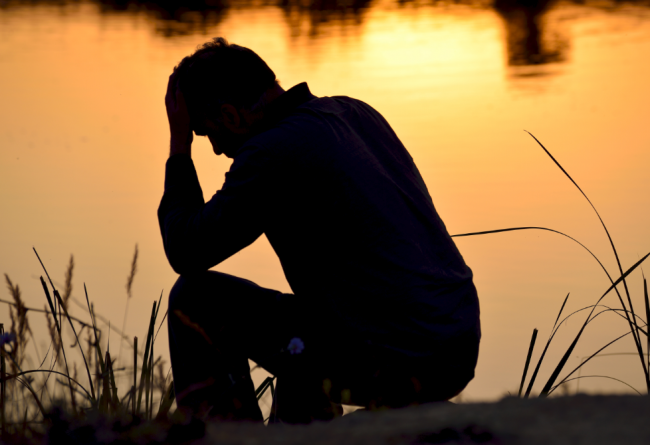 The idea seemed ludicrous although I haven’t a clue why. Male breast cancer is something I knew was out there and that I could experience. I was not Superman with impervious powers against Cancer by any means. Still, male breast cancer just seemed silly.

The coming weeks that I waited for tests were brutal. By far, this was the worst part of my experience. I suffer from some pretty serious anxiety disorders and putting the cancer word out there is like telling me that I have a week to live. I started really falling into a bad place and life suffered…..my work suffered….my heart was broken in many ways.

All I could seem to think about was my twin daughters and wife and the life they would live without me. Although that is jumping the gun a bit, I challenge anyone to get a possible diagnosis of the C word and not get a little off the beaten path.

My girls, my wife and I spent a ton of time praying. My extended family and friends and even business associates all rallied around me….my strength grew. That said, I was still in a ton of pain and the pain between my ears was the worst. Turning off my thoughts and fears was the toughest part.

Thank God I had the Lord to talk to and the pray to. His strength and ability to soften the rough edges got me through a time that I never thought I would experience in the first place. Cancer is not something that I thought I would ever face right up front and as naive as that was, I was experiencing all kinds of varying emotions.

I was sad…angry…even a little bit indignant about the potential future I was facing. I went through the usual emotions of what I might do and how I might handle it if I got the bad news.

Eventually I found out that I was cancer free but I am poignantly aware of the fact that many are not so lucky. It changed me in ways I can’t explain.

I learned that I was not nearly as tough as I thought I was.

I learned that I was every bit as tough as I thought I was.

I learned that God will be there when the worst happens and your world is closing in.

I learned that I was loved by people I thought had long forgotten me.

I learned that people are inherently good.

I learned that when the time comes and I am to go, I will be missed.

Most of all, I learned that my family, friends and associates are the best on the planet. Without them I would have been in a world of hurt.

One of the frustrating things I learned about my experience was the emptiness I felt in spite of my massive support system and group of friends and family. There is a pit that hits you when you are facing things like this that can’t really be explained. It is kind of like being alone in a room full of people……all of the people are speaking to you but it seems like they are speaking at you. Words and emotions and feelings almost seem to bounce off of you.

It is a humbling experience. Ultimately you begin to let those feelings in and you appreciate the words of comfort…the hugs…the knowing nods of sympathy.

The love does come around.

I wonder though…how do people without that support group survive such a thing? There are countless people out there fighting cancer and other major illnesses all alone. What about them?

My scare was just that. A scare.

My support group was just that. Massive support.

What about the guy on the street quietly fighting this horrible fight without support, health care or family? He has nobody to love him…. nobody to listen to his fears or his sadness. How do we help them?

Male breast cancer is not nearly as common as women’s breast cancer but it is still a problem. Men often ignore symptoms and blow off the possibility. I did.

We need to reach out and help those that are dealing with it right now.

Perhaps we could help others be lucky as well. A shoulder is rather inexpensive after all and it could make a huge difference right now.