Learn More About Ms. Brown & More Photos of my Trip to NYC #MMSMuseum

Learn More About Ms. Brown & More Photos of my Trip to NYC #MMSMuseum

As you know from my previous posts, heading to New York City to the Museum of Chocolate Art Opening to meet not only Ms. Vanessa Williams but also some really great bloggers, was a true treat!  But behind the scenes, there are some actual things about Ms. Brown that are very interesting indeed!

We know that on Superbowl Sunday, the official Spokescandy, Ms. Brown, unveiled herself to millions.  Before her big unveiling, she spent seven decades working behind the scenes as the Chief Chocolate Officer (CCO) with M&M’S candies.

Ms. Brown relies on her brain and experience to come up with marketing campaigns, perfect chocolate recipes and more. She proves daily with both her success and her professionalism that she is not “your average chocolate”!

So when it came time to introduce Ms. Brown to the world a voice with character, intelligence and style was needed!  Ms. Vanessa Williams – star of television, theater and film – was the perfect choice with her distinctive voice to convey Ms. Brown’s confidence and elegance!  I got to shake her hand and introduce myself at the Museum of Chocolate Art Museum Opening last week and even got to stand with her and the other bloggers for photos.  She is incredibly elegant and kind and was nothing but totally charming at the event! Something I don’t think I could do with reporters and bloggers in my space asking question after question! 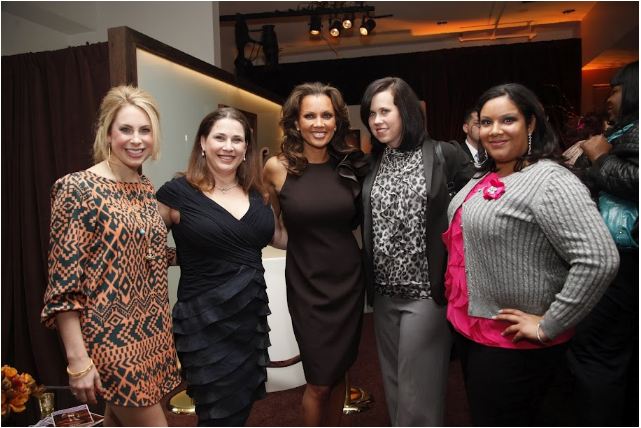 2012 is going to be a busy one for Ms. Brown as she will be featured in television commercials, print ads and even takes a few turns on the Celebrity Apprentice airing on NBC starting Sunday, February 19.  She will also be all over Facebook and Twitter so follow her now to get in on all of the fun!

Thank you again, Collective Bias and M&M’S by Mars Candies for the wonderful adventure!  I look forward to seeing more throughout the year with Ms. Brown!

And because I love to show them, below are more photos of the event and New York City on my trip!