Camping? Do It in Style With KOA Kampgrounds #campKOA

Camping? Do It in Style With KOA Kampgrounds #campKOA

**I am a compensated blogger for KOA and this experience. I have received a complimentary stay at a KOA via Kampgrounds of America. The opinions stated are my own. This is a sponsored post for Mom It Forward.**

We have all seen them… the yellow signs with KOA pointing in one direction or another. But have you ever wondered What is behind the yellow sign? In my experience, at the KOA Kampgrounds in Bastrop, TX, behind the yellow signs are clean, quiet grounds that include RV hookups, cabins, amenities and a places to pitch your tent. This experience was unique to me. I am not a ‘camper’. I like running water, electricity and the ability to keep wild animals away from me while I sleep. But when I was approached to stay in a Deluxe Cabin and then tell you my brutally honest opinion about the experience, I thought I would try something new. 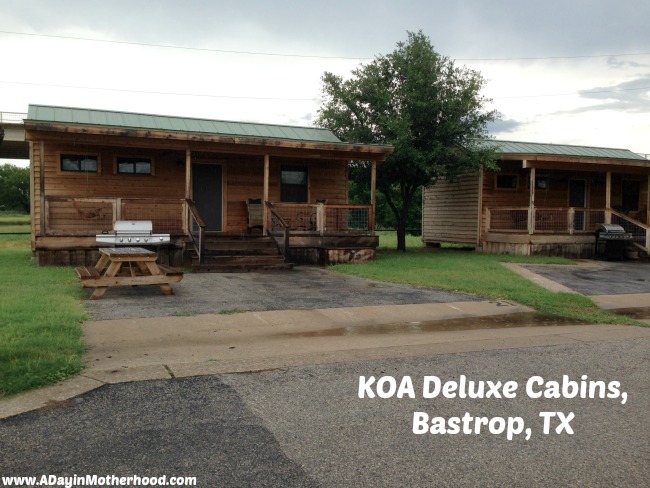 Something new meant booking a cabin. Yes, a real life cabin sitting on the KOA property with a door, walls and everything else I love about ‘camping’. I don’t have an RV and I was not pitching a tent, so this was the option I was most interested in. But first, I had to find a KOA I wanted to go to. So I opened up KOA.com and went searching.

Booking a cabin, or an RV space if you have one, was so super easy even I could do it. All I did was click ‘Find a Campground’ and then up popped so many around me. I had no idea there were this many KOA’s. It seemed that they were all where I would want to be as well. Small towns not far from big towns where State Parks, Rivers, eclectic environments and more would be available. Quiet places where anyone could get away and relax. 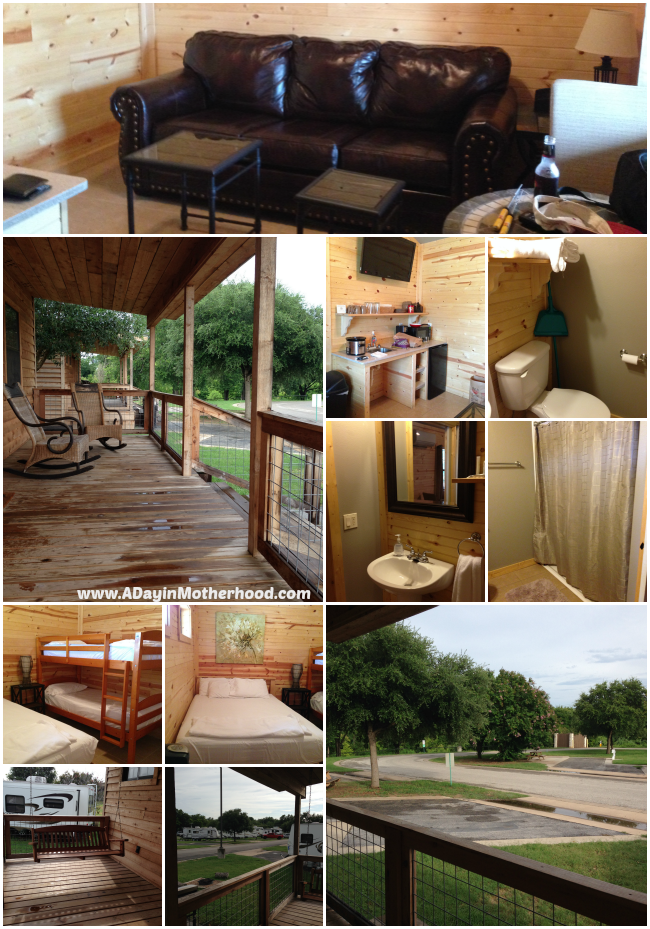 Booking was simple. I choose my dates, my location, number of people and debated on taking my dogs. Most properties have a pet friendly option. I opted out as I wanted to go and do and the dogs would have been alone in the cabin too much. Then I chose between my options to pitch a tent, hook up an RV or to stay in a cabin. I could also add any other equipment I might have had. A motorcycle, car or anything else that might be coming in with me. Once I chose the cabin option, the types of cabins came up too. I picked a deluxe cabin and checked out the photos. With a lot of room, a coffee maker, dishes, and other amenities, this was the way to go for me. 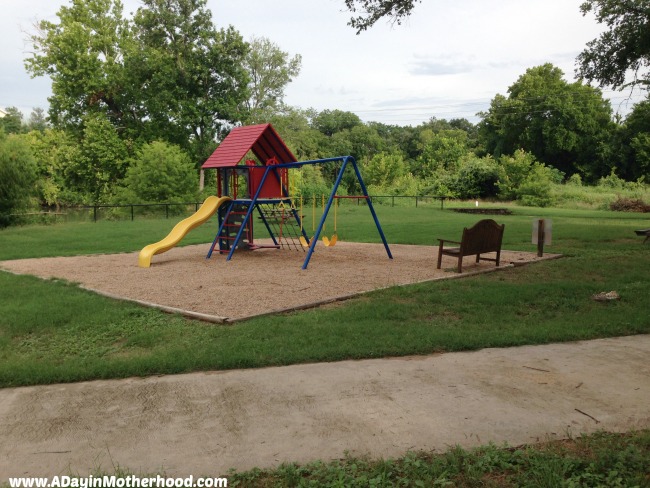 I chose my cabin and took a deep breath while I waited to see the cost. It had to be crazy pricey, right? I mean, essentially, I was renting a house for three nights. That could not be affordable!! To my amazement, it was! Only $120 a night (the hotel up the road was $129 a night). So the total tab was less than $450 for 4 days and 3 nights in my own little private cabin in a safe, clean, central location in Bastrop! Having paid out the wallet for lesser accommodations with less amenities, this was a great surprise for me!

But the best surprise lay ahead. I pulled into the KOA in Bastrop, TX, was met by the couple who owned it – Elizabeth was AMAZING – and was checking in and headed to my cabin in no time! It was nestled in the back of the campground, not far from the playground, the Colorado River and a walking path that would let me explore. I opened the door and WOW was all I could say. 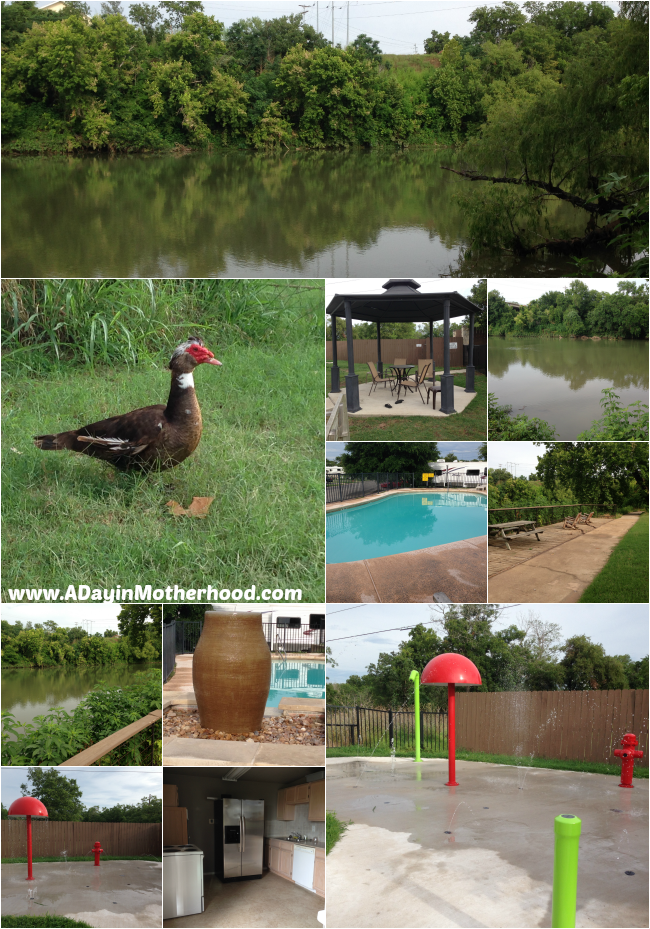 The interior of the cabin was beautiful! Pine panel walls housed a very clean and functional living space, large bathroom and a bedroom that had a queen bed and a set of bunk beds! I so wished my kids were there to enjoy this with me and made a mental note to bring them back later in the summer!

In the living area was a couch, a small table and a kitchen with plates, cups, glasses, silverware and more. There was a small fridge and napkins too. A coffee maker, filters and a while canister of coffee – they know me so well – rounded out the benefits of having an almost fully stocked kitchen in the cabin.

The bathroom had more towels than I had ever seen at a hotel! They were fluffy and plenty for me. Plus, if I needed more, I just went to the front office to get more. I was glad that I had brought soap, shampoo and conditioner as those are not provided. 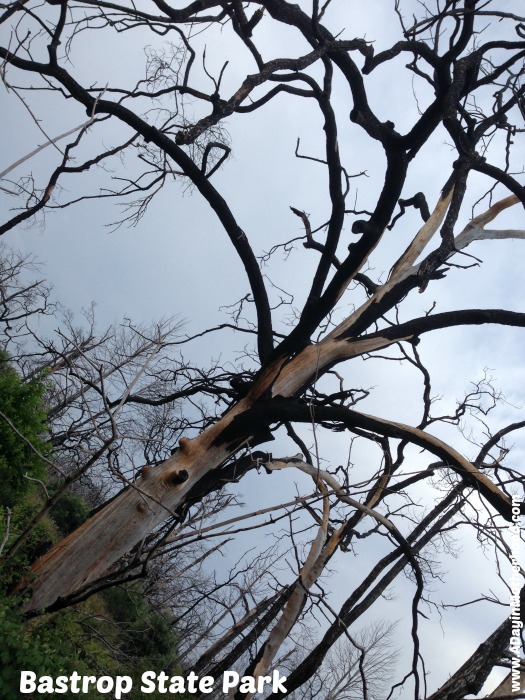 The bedroom was clean and, again I thought how my kids would love the bunk beds!

Once I settled in, it was time to see what I would be doing while there. I walked around the manicured grounds noting the playground that was in the shade, the pool that was clean and ready for play and the scenery that would be perfect for a picnic with a river backdrop. The grounds also included a splash pad for kids! The place was peaceful and as I say on the porch, perched on the swing, taking it all in, I thought, ‘Camping is easy.’

While in Bastrop, I explored the quaint town and local restaurants, went hiking through the eerily beautiful Bastrop State Park that was victim to a raging fire a few years ago, went kayaking and even went into Austin, TX to have dinner with a friend. 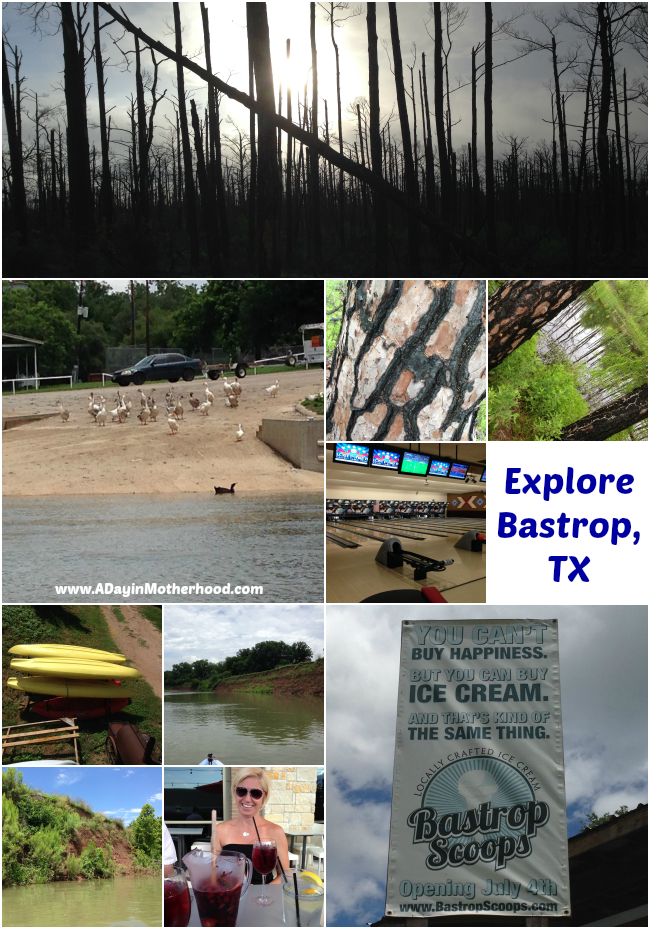 While at KOA I never used the laundry facilities, the separate and very clean bathroom available with showers for all of the campers, checked out the board games that are available or took advantage of the vending machines and the fully stocked and loaded on site kitchen, but I noted how valuable all of that would be to someone in an RV and a tent!

KOA impressed me from the moment I booked my travel to the moment I pulled out of the security gate out of the property. I never knew they had the amenities or benefits that they do. At the very affordable prices, I now know what is behind the yellow sign and I can not wait to go back! 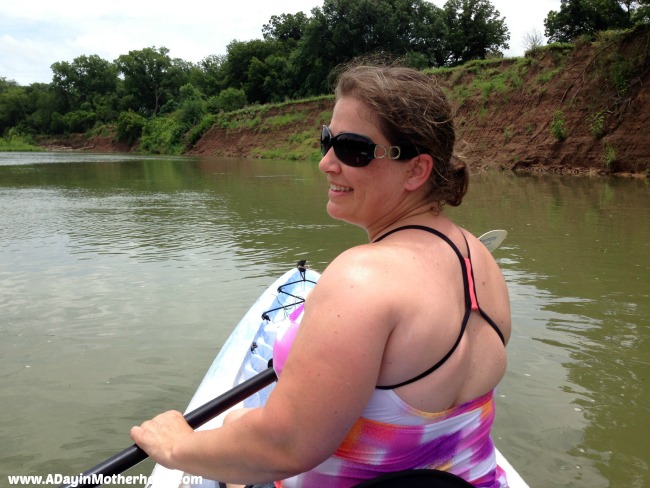