Are you Liable if Kids Hurt Themselves at Your House?

Are you Liable if Kids Hurt Themselves at Your House?

I don’t know if I have ever told the story of my middle daughter, Sarah’s, first birthday party. It shaped my decision making on things I will have in my house and in my yard for, not only my kids, but kids that come over to visit. As my friends get things in their home that I would not have in mine, conversations have started about the safety of kids who come over and want to use them. The main question is, Are you Liable if Kids Hurt Themselves at Your House? 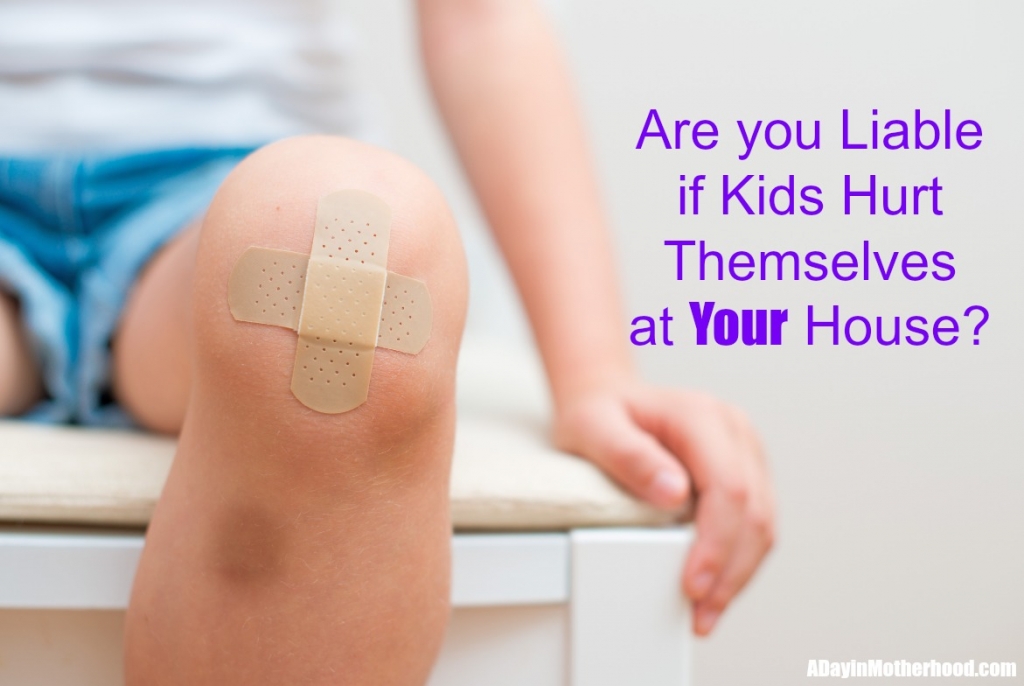 It was a beautiful day. The house was packed with kids and parents with young children and family. It was a first birthday party so most of the kids were small. As we opened our door to all of our friends, it never occurred to use that the baby proofing we had done for our own kids was not enough to prevent an accident with someone else’s kid.  We sang Happy Birthday, watched as Sarah tore apart her smash cake and settled in to celebrate in our small back yard. So small that there was only room for a toddler play-set, an old birdbath that blended so well with the background we hardly noticed it and a newly planted tree. We had chairs out for the parents to relax in and watch as the little ones slid down the slide.

Then it all changed. The jovial mood. The soaking up of friendship and casual conversation. It was shattered, literally.

Our friend’s 2 year old son had found his way over to the birdbath that was merely a dot in the landscape. I think I had had it in a myriad of houses for over 10 years. It did not even have water in it. But as he walked over and reached out to pull himself up to look into it, the top part of the two piece bird bath topped over, landing it’s edge squarely on his head. The large laceration appeared right above his right eye and the blood gushed profusely.

As we called 911 and waited for the ambulance, parents grabbed their kids and scattered. The paramedics got there, the child was loaded in and it was decided that LifeFlight was needed. As they drove off with the little boy and his mother to the open field where the helicopter would land, my ex-husband jumped in the truck with the boy’s dad and followed. I watched as LifeFlight landed not far from our house, next to the neighborhood pool we loved so much, and rushed our friend’s young son to the hospital, tears streaming down my face, my one year old daughter on my hip.

I returned to the back yard, following a trail of blood drops and walked over to the, now shattered, top of the birdbath, blood on it’s edge, and sank down and cried.

As we heard over the next few days about the little boy’s condition, how he needed sutures in his head, had a hairline fracture in his skull, needed an ophthalmologist to check out his swollen eye and a pediatric dentist to assess some teeth that may have be knocked out, we tried to determine what we needed to do. We offered our home insurance and cash to help pay for the very expensive results of the accident, apologized profusely and stressed about the status of our friendship with them after the accident.

The dad came over after his son’s stay in the hospital to talk to us. He would not accept any assistance or help from us because, ‘accidents happen and it could have happened to anyone.’ He actually thanked us for caring and truly seemed to hold no ill feelings towards us.

To this day, I feel like we were liable for just having the old, unstable bird bath in our yard. While it never occurred to me that any child could topple this yard ornament, made of concrete, I still felt incredible guilt and sadness that my oversight caused so much pain to this family. 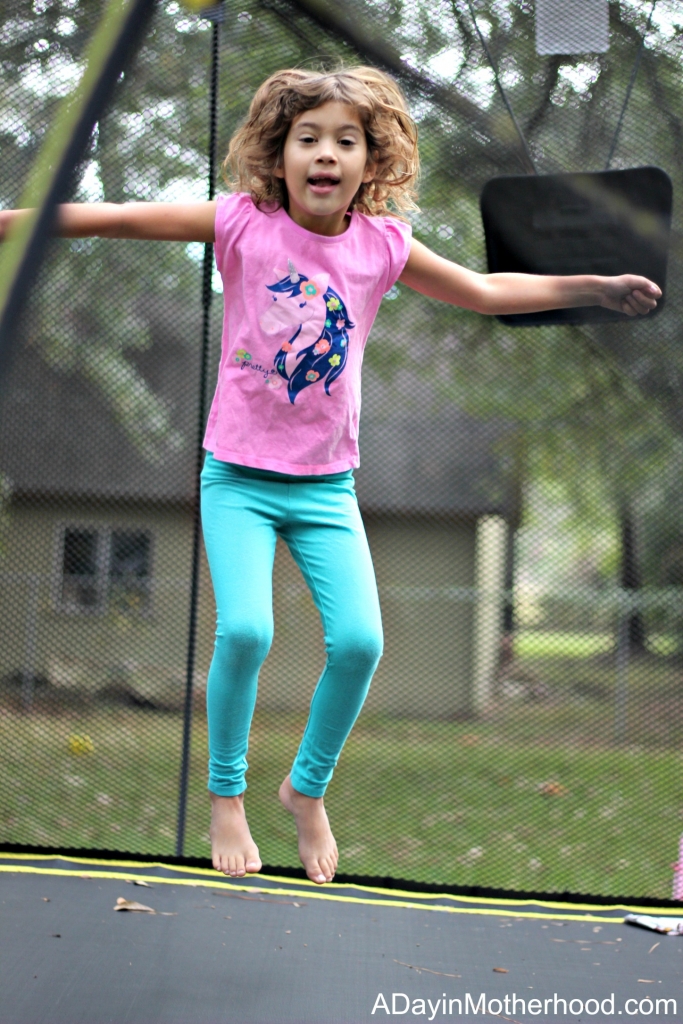 But was he right? Were we absolved of responsibility for having the bird bath because ‘accidents happen’? Or were we truly liable because it was our yard, our bird bath?

Now, 8 years later, I know that that experience has shaped the way I watch kids who come to play at my house, monitor my kids when they go to other people’s houses and what I allow in my yard for kids to play around.

For instance. We now have a trampoline. I am so scared that a child is going to come over and knock a head or break a leg. I let them use it but I stalk, probably more than I need to, watching for any possible act that can lead to an accident.

On the flip side, one of my dearest friends got her kids a real, motorized go cart. They have helmets and there is a parent in it when they drive it, but I will not let me kids near it. I have too much fear that something could happen. And if it does, would I expect her to offer assistance in dealing with the aftermath because they have something that could potentially be dangerous?  Most likely I would be like the little boy’s dad, not expecting help because ‘accidents happen’ and because I did let my kids go on it and did not have to.

Yes, accidents do happen when you have kids. They can happen at school, at home, on the road, or at a family member’s house. The stress that goes along with the injury is overwhelming for not only the child and parents, but for the people whose house it happened at. I am very, ‘My kid I will handle it’ if something happens to mine but I am also the first to offer to help if something happens at my house.

But what do you think? Are you Liable if Kids Hurt Themselves at Your House?