I dropped Katie at preschool this morning and headed home with a very sick 18 month old (double ear infection/ bronchitis) and a very active 3 year old.  We came to a three way stop that happens to land in a construction zone right now.  I sat and waited and waited …and waited some more for cars to go at the construction worker’s direction.

As I was about to turn left because the traffic lightened, and the truck to my right, being a nice person, motioned for me to pull out in front of him, the truck behind me laid on the horn, threw his hands up and acted as if I were the most annoying thing in the world.  I guess the fact that I did not chance my daughter’s lives by pulling out into oncoming traffic was just really annoying.  I toyed with the idea of sitting there longer and allowing the nice truck, and the fifteen cars behind him to go first, thus purposely antagonizing the ignoid behind me.  I quickly decided that a shotgun blast through the back window of my minivan was not on my list of “To Do’s” today, and turned. 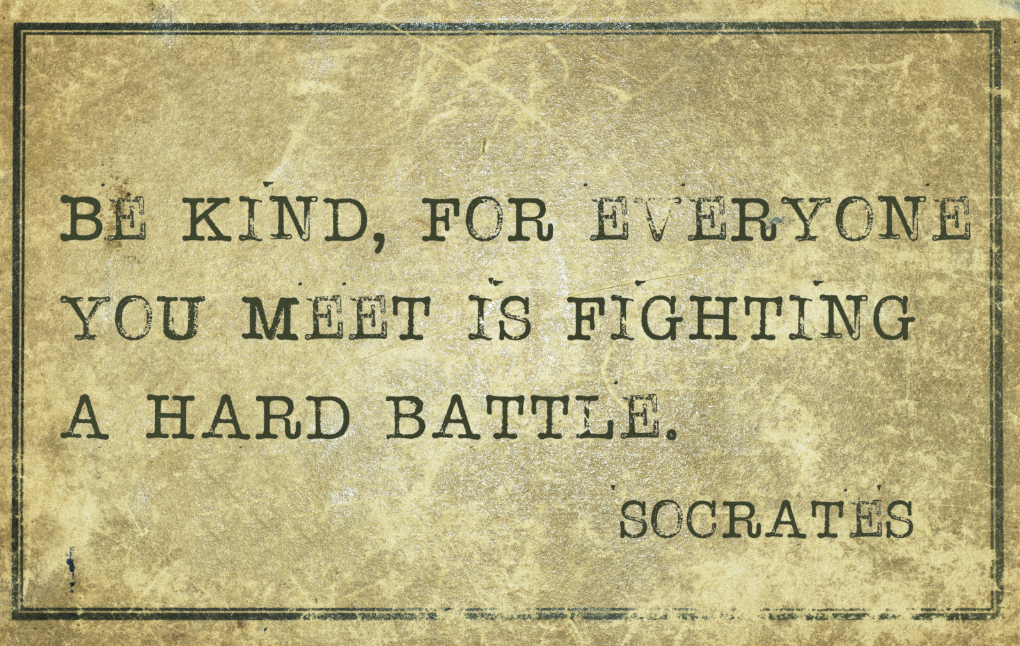 But I was mad.  Irritated that I had sat at this stop sign, following the directions of the construction crew, and minding my p’s and q’s when this “person” decided to be disrespectful and rude.  Why can’t people just be NICE?!??

I try to be.  I really do.  I try to take everyone else’s plans and feelings into consideration before my own.  I may not succeed all the time, and I know I lose my cool too, but I do try.  Especially when it is something out of another’s control!

It constantly amazes me that strangers are so incredibly rude to each other anymore.  Like everyone has just decided that their lives only matter to them and common courtesy is a thing of the past.  Like the man at the store who allows the door to close on an elderly person.  Or the Mom struggling with strollers and bags to get a door open while a teenager sits, texting, impatiently patting her foot, instead of helping with the door.  Or the  driver that cuts someone else off just because it gets them one car, and 3 seconds closer to their destination.

I am tired of it!  And I am sad that my girls will grow up in a world that lacks respect for their fellow man…  as far as chivalry goes.  So, I extend a challenge!  In this busy, gotta get it done, time is running out, time of year, I challenge everyone who reads this to do five nice things a day for people they don’t know.  In person or in social media, make an effort to just be nice!

In person, open doors for people, pick up a dropped item, S M I L E at someone!  In social media, retweet for someone just because, comment on a blog post, enter a giveaway!  Like a Facebook page, write a guest post, or just drop a note to a blogger you read and say, “Good Job!”  In the car, resist laying on your horn, cutting people off, and using that dreaded finger!

Just five little things by everyone who reads this will make such a difference!  Start a trend!  Be a pioneer!  For you, for me, and for our children!  Try it and then come back and tell me what you did!  Share your kindness…  and watch it become contagious!