**I am a proud promoter of Jurassic World in partnership with Universal Pictures.**

Can you believe that the summer blockbuster, Jurassic World is already prepping to come out on Digital HD and Blu Ray? It is! Get your digital copy October 1, 2015 and watch for the DVD so you can own it October 20, 2015!

The #1 movie of the year proves that once again, dinosaurs rule the earth! Experience JURASSIC WORLD in stunning hi-definition with the Blu-Ray Combo Pack in limited edition collectible steel packaging. 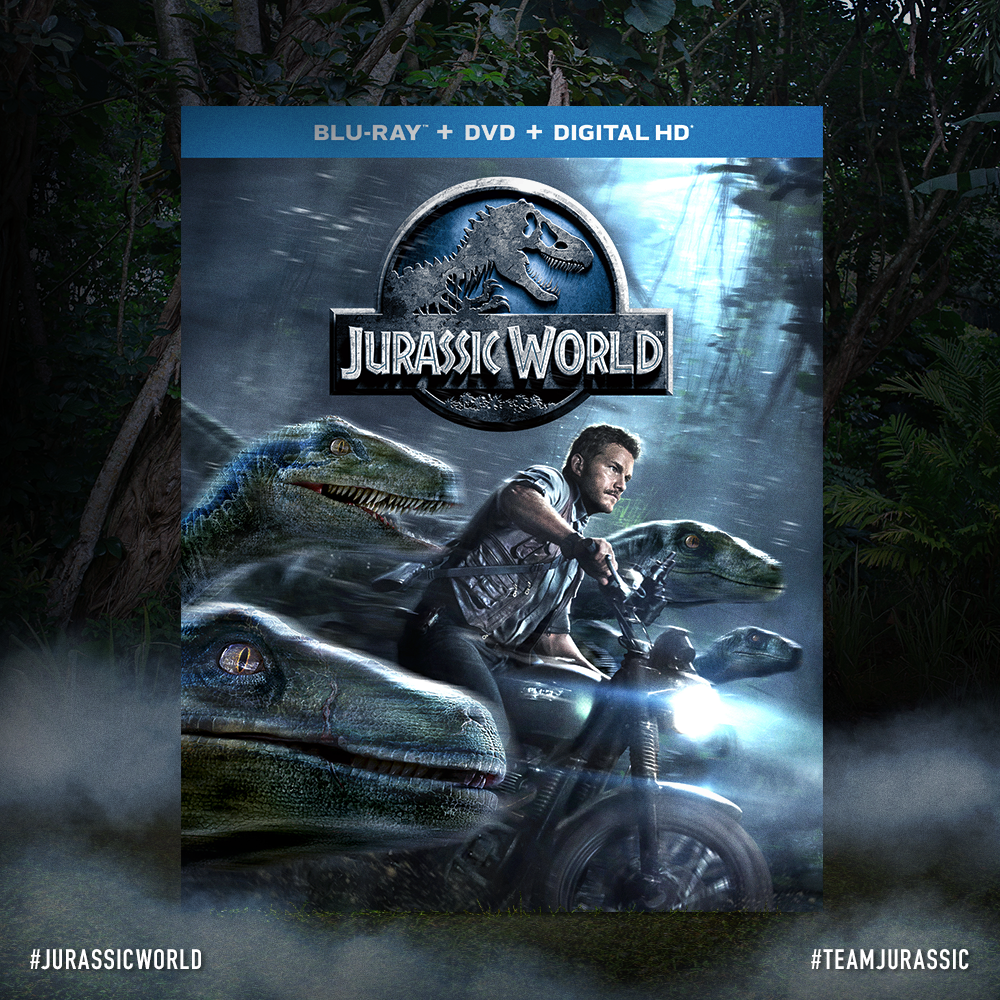 Shattering records globally, Jurassic World crushed the opening-weekend box-office, scoring the highest domestic, international and worldwide openings of all time.  The film has taken in more than $1.6 billion globally to become the third-highest grossing film in history.  Now fans can experience the thrill and awe when Jurassic World arrives on Digital HD on October 1, 2015 and on 3-D Blu-ray™, Blu-ray™, DVD and On Demand on October 20, 2015,