I suppose you could call it human nature. Passing judgement on others seems to be part of our make-up. It is as if having a differing opinion from someone else gives us the right to automatically look down on them. But there is a fundamental difference in making a judgment in your head versus letting that opinion leave your lips for all to hear. Recently there was an article on mom.me from a woman who had a very clear opinion about parents who let their kids use electronics while out to dinner. A piece that I can only assume was meant to be click bait, it has fired up the masses with scathing comments about the clear judgment she is passing on people who opt to let their kids use electronics while out to dinner.

I have to say, I am on the side of the scathing remarks. Mainly because the judgement of this writer on these parents is so obvious and blatant that it begs to be responded to. 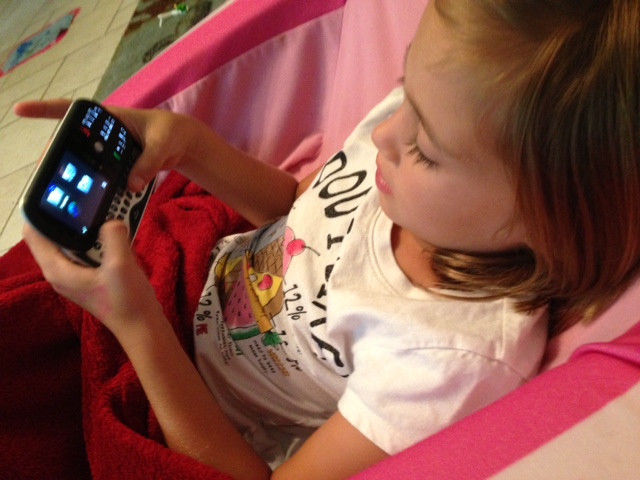 Here is the deal. Judgmental people suck. Especially if they pick on parents who are raising their kids the way the parent sees fit. While I write this I am also aware that I pass judgement at times too. But on parents? I really try hard not to and I certainly don’t say anything aloud if I catch myself doing it. Especially parents who are with their kids doing something where they all are happy. Yes. A tablet at the table counts.

As a society ruled by the latest headline on social media, we seem to have become very comfortable letting other people – including perfect strangers – know our thoughts about them based on one post or event. The computer screen makes us feel ‘safe’, I think.

They only see what they want to see because Judgmental people suck.

Random strangers scrolling through their feed sees a mom with a toddler munching on McDonald’s, drinking a sugary drink or chomping down on a Snickers bar and the comments about how her kids will end up obese and with cavities fill the comment section. Forget that the other many things her kid puts in their body are healthy. Let’s pass judgement on her entire ability to parent based on one post. Because that seems fair.

I have fallen victim to it many times on my Facebook page. I often stop before I hit post when the kids are involved and try to imagine who will disapprove. It could be something simple, like when I took the girls to see Christmas lights in a neighborhood. This neighborhood does this display every year and thousands upon thousands flock to see it. I posted a photo of my oldest daughter in the front seat looking at the lights. I was going about 5 miles an hour behind the long line of slow cars and everyone’s kids were poking heads out windows. We even passed a bunch of kids on a hayride, not buckled and playing in the back of a trailer.

The flack I got for not having my 9 year old in a seat belt while in the car was deafening. I did not predict the reaction and paid the price. Even trying to explain the situation did not calm the masses. A perfectly wonderful and innocent photo showing our family time was virtually ruined by judgment from people who do not even know me.

As far as the woman in the article, I wonder what she would have written if the kids were screaming and throwing silverware on the floor? Or if the parents raised their voice to try to calm a child who may be acting up because they are not built to sit still. Would her article then be a massive judgmental hot mess of parenting superiority?

I have learned over the years that there are as many ways to parent children as there are children in the world. No one does it perfectly. No one is an ‘expert’, despite the byline on TV and no one, NO ONE, walks in anyone else’s shoes. And while I realize that this entire article could be perceived as judgmental in itself, I still think it needs to be said.

So to the parents who were referenced in the article, keep doing you. No matter your reasoning for having your children play on tablets during dinner, they are your reasons and yours alone. Just know that Judgmental people suck.