Is it Judgement or Concern?

Is it Judgement or Concern?

I give up. Literally, I lay down, hands out in front of me, nose to the ground. I can’t win. I concede to the masses. Accept my fate. Wave the flag.

After the year I had last year, I am opening up more and putting myself out there more in life, online and in my ‘real life’. I am trying new things, taking more chances and trying to make this year the best it can be. I am exploring being a better mother, woman and blogger with an open mind. The groundwork is there. I have amazing children, great friends and people that respect me. Both online and in person. 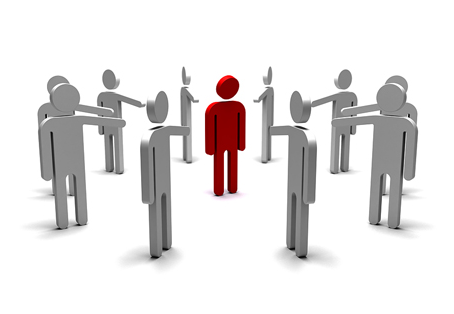 What I have discovered, however, is that the more I put myself out there, the more I open myself up for judgement and to be accused of being judgmental. I suppose that is to be expected but I am surprised by the instant negative reactions to things. In reality, I am expressing a concern but if it is not agreed with, I am suddenly ‘judgmental’ and ‘mean spirited’ instead of just concerned or curious. When did this happen? That an expression or opinion of a different viewpoint suddenly became a serious fault on the one expressing it?

For those who know me, you know that judgement is the last thing I administer. Lord knows I have made enough mistakes in my life that any judgement I pass would simply be laughable. Throwing stones in glass houses just does not appeal to me. I don’t look down on anyone, don’t think I ‘deserve’ anything I have in life and hit my knees with gratefulness many times a day at my blessed life.

Sure, I have personal, human responses to things. I tend to pop off at the mouth and then think about it later. I apologize A LOT for one little person – sometimes warranted, sometimes not – and I genuinely feel terrible if I inadvertently hurt anyone’s feelings. It bothers me for weeks, even if the misunderstanding has been cleared up.

Seriously people, there are responses on Facebook posts that were made years ago and I STILL well up in tears sometimes when I think of them.

For those who don’t know me, you might understand why I am overly conscious of other people because of the unorthodox life I led as a kid. A child of severe abuse, I was adopted at the age of 8 and still am baffled as to why I was chosen to be – literally – saved. I KNOW what it is to be desperate and scared and lonely. Loss is a central theme in my entire life and I fear it every day.

But I am constantly amazed that I can say something, post something or comment on something and it can be taken so far out of context that I am suddenly lacking social tact. Last time I checked, it was OK to express a concern about something and it be a genuine concern, not a slight to the person or situation mentioned.

Is this the way we are now? Quick to judge and call others judgmental? Quick to make an issue out of something that was a statement or genuine concern? Is it a lack of character to see things differently than others?

I have a pretty thick skin for the most part. I try, before anything else, to see someone else’s point of view on things. And even if I don’t agree with them, I still walk away agreeing respectfully to agree to disagree. The purpose of opinions and viewpoints is to expand the conversation, not the attack on another for not agreeing.

Maybe social media is somehow leaking into real life. That ‘I can hide behind my words on a computer screen’ mentality is lifting the veil of social interaction and awareness. Or maybe I just feel like I am being attacked unfairly. Either way it is, it is how I am seeing things.

So please don’t judge me.