I am so  excited to be in the first two weeks of 2013 and writing about my first Champions for Kids SIMPLE Service project!  If you read me at all last year, you will know that this is quickly becoming one of my favorite things to do for not only my kids but for kids everywhere who either need a little help materially, educationally or emotionally!

This month’s project is right up my alley as, lately – truth be told – I have been failing on creative breakfasts for my kids.  I even made a joke in a post the other day that I was counting waffles to make sure I had enough for breakfast.  And it was for a Sunday.  Shame, shame, I know.

So giving my kid’s breakfast a wake up call was over due for sure!

Now, in the past, we would have simple breakfasts on school days – waffles, cereal, scrambled eggs and fruit – and then have huge breakfasts on the weekends with bacon, sausage, pancakes and anything else that we could throw in.  Somehow along the way, the girls and I got way too comfortable with seven day a week pop out of the freezer breakfasts.

So now it is time for me to get back to making hot breakfasts for my kids – even on a school day.  And to get myself back into the habit, I decided to make my middle daughter’s entire preschool class breakfast just to see if I could!  I could!

I called the preschool teacher, was told that that would be FABULOUS and yes, I could talk about the health benefits of eating breakfast and choosing Jennie-O Turkey Bacon and Turkey Sausage to make it just that much better for them.  So, I packed up my three kidlets and headed to Walmart to load up for the day!

Now, I could have easily thrown regular old bacon and sausage in the cart but I, honestly, have preferred turkey bacon for years.  And the one that has the most flavor, hand’s down, that I always get is Jennie-O.   First of all, it is generally less expensive than regular bacon, has a TON less fat and a bunch more flavor.  My kids have even gotten to where they prefer it too.  Like when we have breakfast for dinner.

I grabbed a few packages because I need some for my house for the week and then went hunting for my Jennie-O Turkey Sausage.  I looked everywhere but could not find it anywhere!  So, I improvised and got Jennie-O Ground Turkey.  It would be less spicy for the preschoolers too.  I grabbed some eggs and low fat cheese, biscuits and yogurt and headed out.  Just in the nick of time too.  My kids were DONE!

The next morning, I got up at my regular time and started prepping breakfast for 15 kids.  I baked the biscuits, browned the ground Turkey, added some eggs and mixed it all together.  When the biscuits were done, I broke them in half and topped them with the turkey and egg mixture and topped each one with a square of low fat cheese!  Well.. they looked good enough to eat!

Next I used crescent rolls to make turkey bacon wraps. I rolled pieces up, baked the rolls as per the direction on the can and added them to the tray to take to the school.  Strawberries and apples completed the meal! 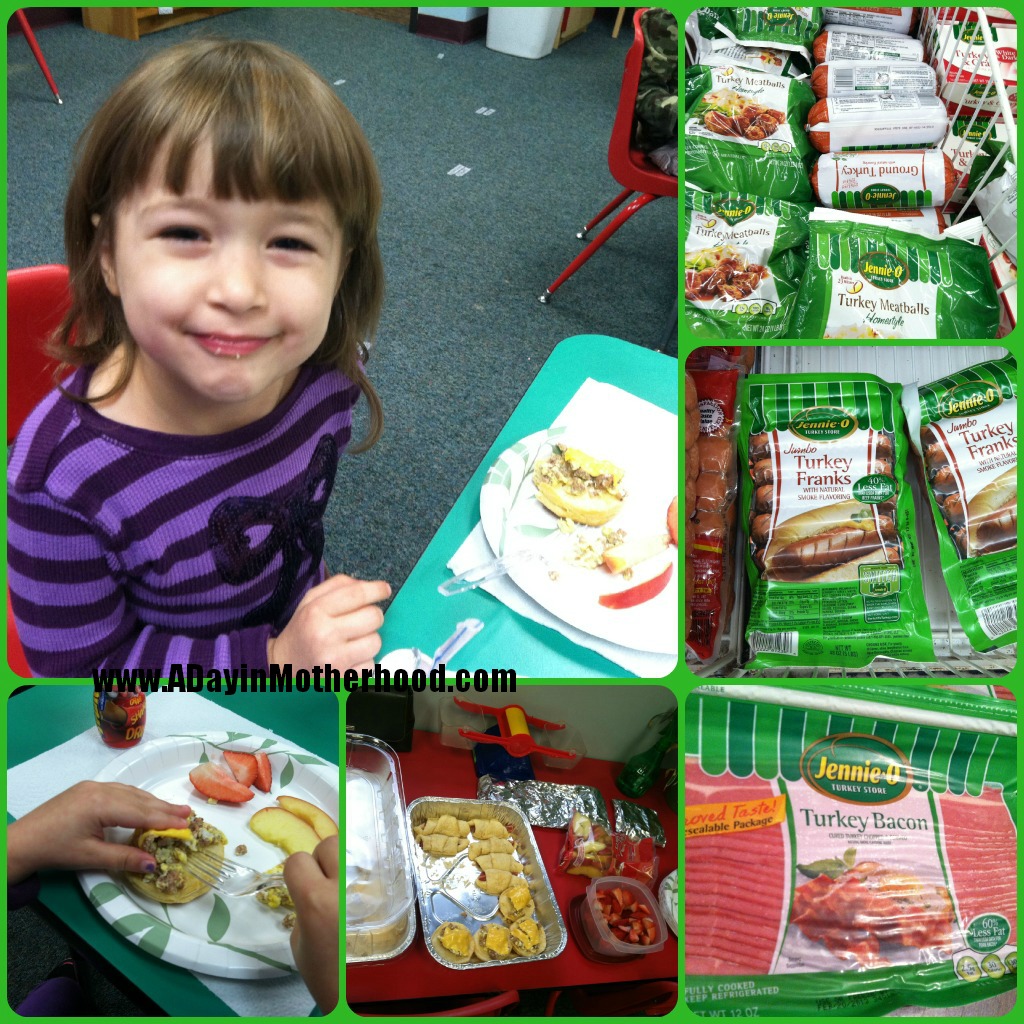 Once at the school several kids came up and said, “But I don’t like bacon!” and I explained that it was a different, better for you, ‘bacon’.  And after I served everyone and explained to them what was on their plate and told them how good it was for them, they all tried it.  And I noticed that almost all of them ate the bacon wraps and at least tried the sausage biscuit!

My daughter hugged and kissed me many times and I felt like I did a good thing.  And maybe just one of those kids will go home and tell their mommy about their turkey breakfast they liked and it will encourage her to Wake-Up her kids breakfast with Jennie-O Turkey too!

Join the #JennieO4Kids SIMPLE Service project with me this month and create a healthy breakfast for someone you love!

Be sure to report your good work back to Champions for Kids so they can amplify your efforts!

And I want to hear about it too!  So leave a comment on my blog telling me all about your hard work for kids! 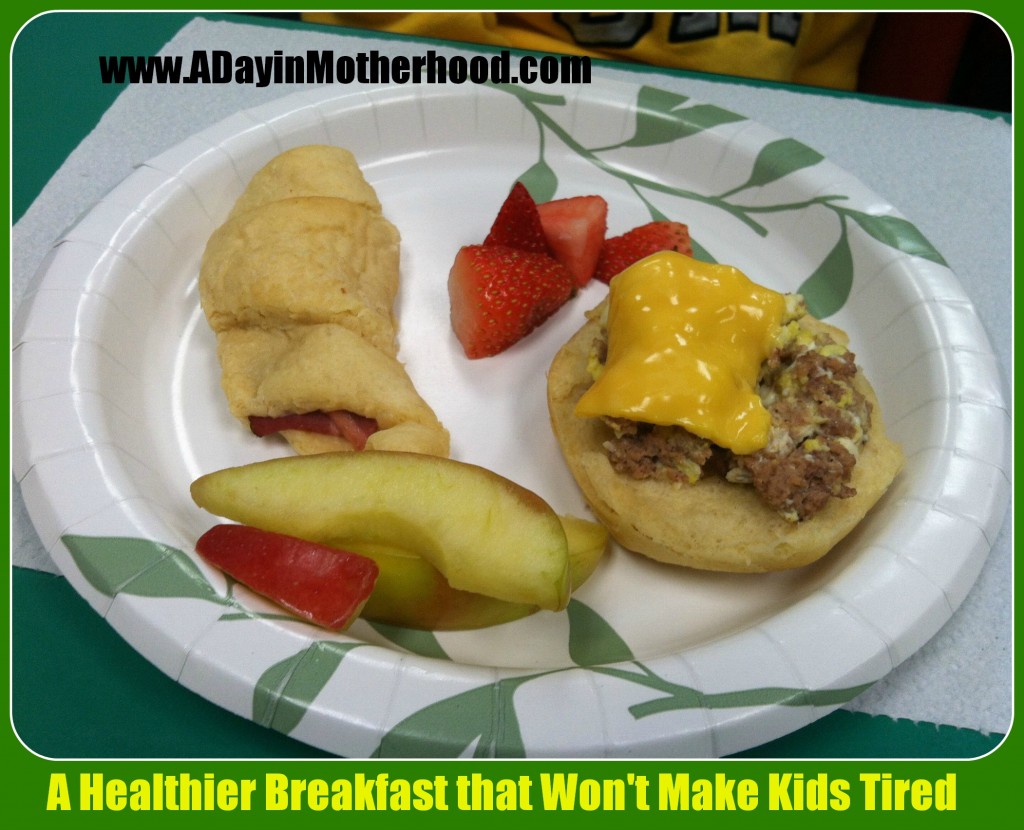 CONNECT with Champions for Kids

*I am a member of the Collective Bias®  Social Fabric® Community.  This shop has been compensated as part of a social shopper insights study for Collective Bias®  and Jennie-O #cbias #SocialFabric.  All opinions and writings are my own.  Please see my Disclosure Statement for more information.*