I Talk to JESSICA ALBA About The New ‘Spy Kids’ & More

I Talk to JESSICA ALBA About The New ‘Spy Kids’ & More 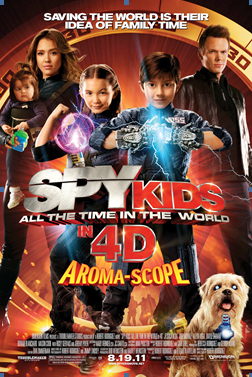 Yes, yes…  the excitement is warranted!

I got to interview JESSICA ALBA about motherhood, fitness and the upcoming movie Spy Kids: All The Time In The World!

Well – to be honest, there were about 7 other bloggers Nationwide on the call, but I got to ask questions and chat with her so I feel all warm and gooey special!

I have to say, Ms. Alba comes across as a very down to Earth, honest woman who is in the same quandary of balancing motherhood and life as the rest of us.   She answered every questions we asked and even prolonged the call for a few bloggers that did not get at least 2 questions in each.  She was fantastic!

Note: I have my notes and my memory, but I will be paraphrasing these questions and answers.  I simply do not have every word spoken!  :)

Let’s Talk About Spy Kids: All The Time In The World, motherhood, and dieting after kids!

I asked Jessica… yes, I think I can call her by her first name now… (I hope) –

“What do you think your character, Melissa Cortez Wilson, and you personally have in common?” 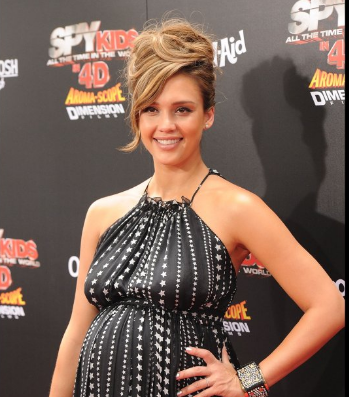 Besides being busy Mothers, not much really.   Marissa is doing the best she cans and fumbles around more than I do.  She has a new baby but she also has step kids.  She second guesses herself a lot and has a hard time dealing with her step kids and their respect and appreciation for her.  Plus she has the added pressure of saving the world!  I don’t think I could handle step kids and a new baby and saving the world!

“What activities do you like to do with your family?”

My husband and I turn off our computers and cell phones on the weekend and just hang out with Honor.  We mainly stay home and lock everything else.  We love to just swim and have BBQ’s in our backyard.  Our weeks are so busy that we like that reconnection time and feel that Honor (her daughter) needs that from us.  With a new baby coming, I don’t see that changing much.

“What is the one thing you want to instill in your children?”

When it came back to me, I asked the #1 Question that my readers wanted to know when I asked them:

“You are pregnant with your second child, congratulations!”

“How do you get back into shape so quickly after giving birth?”

I am on a very restricted calorie diet from the get go.  Enough to breastfeed, but not enough for my liking.  Like 1200 -1500 calories a day.  I also start working out about 3 weeks after the baby’s birth.  I start at an hour a day and work up to 3 hours a day.  Just working out.  It is bad.

I lost most of it within the first 3 months, but it took a good year to get the last 15 pounds off.

“Oh that is so nice to hear.  We “regular” moms see Hollywood stars looking like they never had a baby just weeks after birth.  It is nice to know that even with all of your work, it took longer.”

Oh those Hollywood stars all went into hiding while they lost it, trust me!   And it may seem like weeks, but it is much longer.  It takes a lot of work and I am not looking forward to it!  But it is part of my job so it has to be done.

I want to thank Ms. Alba for her candid answers and taking time out of her busy day to talk to me and the other bloggers!  I consider this one of the HUGE highlights to my blogging career!

More about the Movie

On the surface, Marissa Cortez Wilson (Jessica Alba) has it all…married to a famous spy hunting television reporter, a new baby and intelligent twin stepkids.  But in reality, trying to mother Rebecca (Rowan Blanchard) and Cecil (Mason Cook), who clearly don’t want her around, is her toughest challenge yet.  Also, her husband, Wilbur (Joel McHale), wouldn’t know a spy if he lived with one, which is exactly the case – Marissa’s a retired secret agent.

Marissa’s world is turned upside down when the maniacal Timekeeper (Jeremy Piven) threatens to take over the planet and she’s called back into action by the head of OSS, home of the greatest spies and where the now-defunct Spy Kids division was created.  With Armageddon quickly approaching, Rebecca and Cecil are thrust into action when they learn their boring stepmom was once a top agent and now the world’s most competitive ten year olds are forced to put their bickering aside and rely on their wits.  With a little help from a couple of familiar Spy Kids, Carmen (Alexa Vega) and Juni Cortez (Daryl Sabara), and some mind-blowing gadgets, they just may be able to save the world and possibly bring their family together while they’re at it.