I Have Been (Self) Diagnosed with Brain Overload Syndrome

I Have Been (Self) Diagnosed with Brain Overload Syndrome

It’s full. Completely crammed full. There is no more room. Not an inch of space, a centimeter of air, a millimeter of light. It is so full that things are falling out. Important things. Like children’s names. The time I need to wake my kids up for school. My name. It has actually become a problem. So much so that I have been to see a therapist. Me. And a doctor. Also me. After a lot of research I wanted to share that I Have Been (Self) Diagnosed with Brain Overload Syndrome.

Now, before you take all of the evidence into account that proves I have officially lost my mind, let’s make one thing clear. I already am aware that I have. All you have to do is look at my lifestyle to determine that. Six dogs…  S I X… three kids and an inability to say no. All of that adds up to the chaotic life that I seem to think I thrive on. 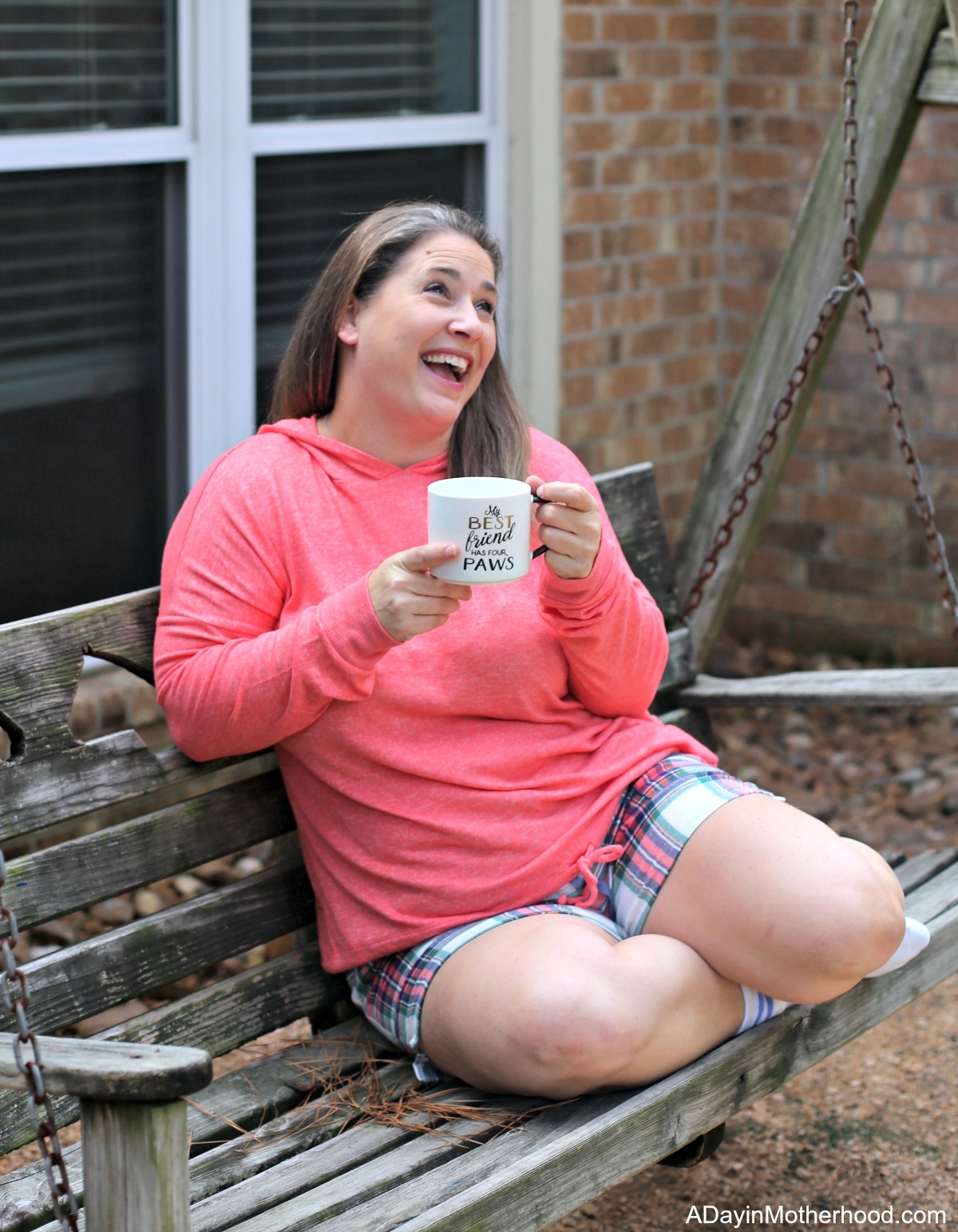 Granted, two of the dogs are foster dogs and, granted, my children are my life’s blood. But the inability to say no is a hampering one. It causes my mind to constantly have to be on full alert to remember all of the promises and agreements that I have doled out.

This has become an Achilles heel for me.

This morning I woke a little later than I like at 5:30am. I was fully rested, however, so I was OK with the extra half hour of snooze time. I turned off the alarm on my phone. You, know, the one that goes off every 10 minutes so that I don’t forget anything. I thought I only turned them off until 6:30am but I turned them all off completely.

I blame my phone for not warning me that I was taking the ‘turning off’ thing too far. 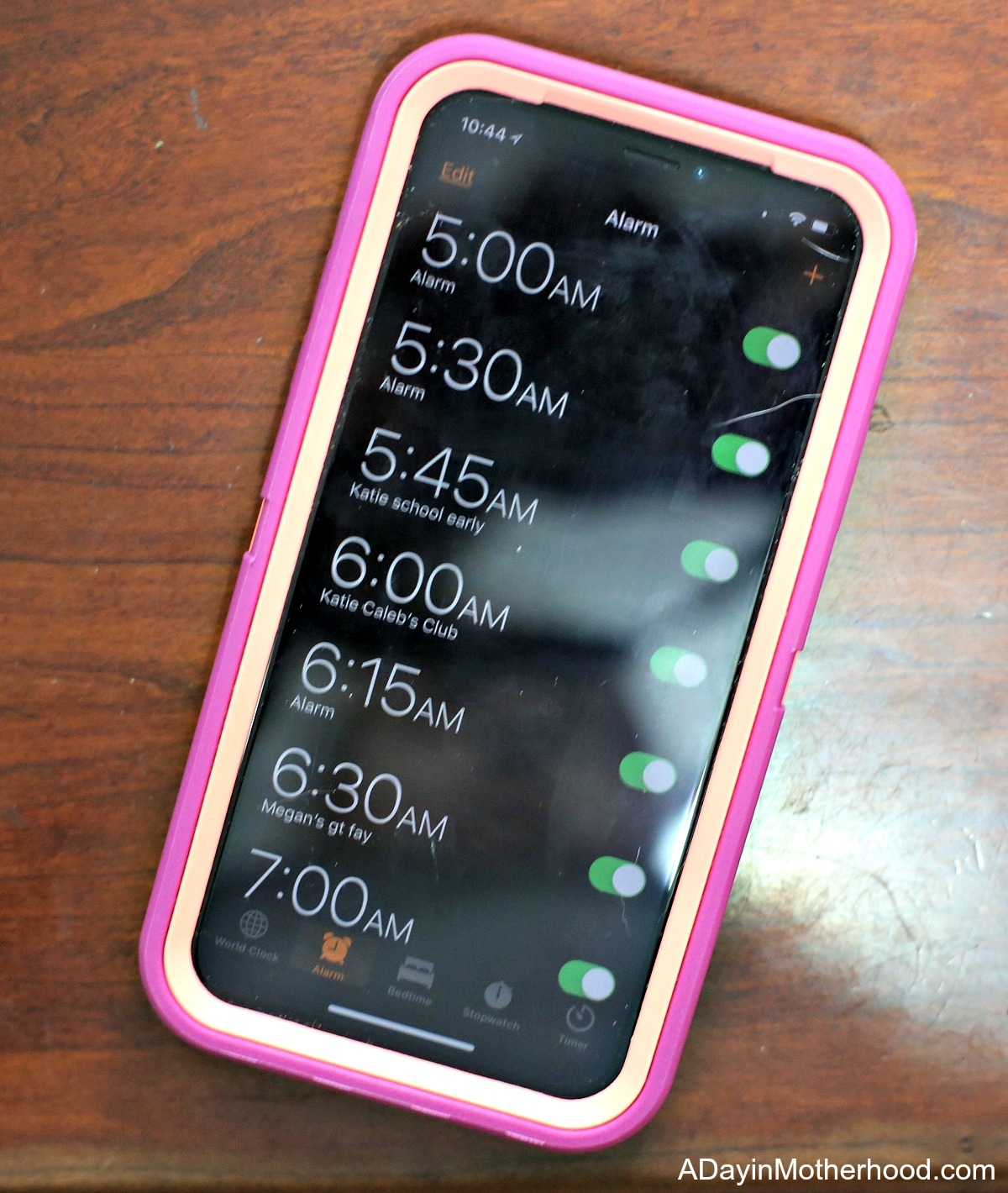 In any event, I sit down at my computer to work and realized there were 7 or 8 things I had forgotten that needed my attention. Nose deep in my work and completely oblivious to the time, I barely looked up. Until 6:55am.

I rushed to wake the kids promising everything from more TV time to a real unicorn pony if they would get up – without complaint – throw on the first clean clothes they could find – matching not required – and get their butts in the car by 7:05am.

We made it at 7:08am. If we hit at least half the lights we would make it.

As I rounded the car around our neighborhood pond on the way out my oldest asked if I had grabbed her homework. Which was due today. First period.

We circled back to the house, my mind counting the minutes furiously, thinking that if we were lucky enough to have 70% of the lights green, we would still make it.

Katie ran in, got her homework and I peeled out of my neighborhood in a slightly obscene way.

There may have been some tire squealing.

Off we went, slightly over the speed limit – and by slightly I mean, definitely – headed towards school.

I let my oldest daughter out of the car with about 2 minutes to spare. I told her I loved her and then called her by her sister’s name to which she smirked and said, ‘Gee, thanks Mom.‘

I drove my other kids to Starbucks to grab a muffin since I had not fed them – because I had forgotten – and managed to get Sarah to school for her early morning music club.

I then dropped my youngest daughter off and headed home with a sense of pride that I had, at least, managed to get everyone where they were supposed to be safely.

I pulled into my drive way and saw that my yard men were there mowing the lawn. They come on Wednesday’s. Every Wednesday. And I had no money to pay them.

Because I had forgotten.

See? Overloaded. My brain is just too full. It’s kicking out information that I clearly need in order to fit in everything I have said yes to.

Brain Overload Syndrome is a condition. I know it for a fact. Because I have it. In fact, I have a pretty severe case.

The cure is to say no every once in a while. To have a glass of wine. To allow some things to pass me by.

I’ll let you know when I am able to remember to actually find the time to be cured.