HOUSTON: See the Preview of “What to Expect When Your Expecting” on May 15, 2012

HOUSTON: See the Preview of “What to Expect When Your Expecting” on May 15, 2012 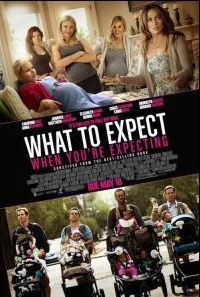 I am really looking forward to the new movie, What to Expect When Your Expecting, a new film with a great ensemble cast that features Jennifer Lopez, Brooklyn Decker, and Elizabeth Banks, among others. The months leading up to childbirth can be challenging, but with this new film, expecting parents get a dose of what they can expect by seeing it on the big screen with some of today’s biggest actors! (More information below.)

**Our promo screening will be Tuesday, May 15th, at 7pm at Edwards Greenway Grand Palace.**

The first 100 that enter the pro code and get a confirming email are in!

A kaleidoscopic comedy as universal as it is unpredictable, WHAT TO EXPECT WHEN YOU’RE EXPECTING finds humor and uplift in all the unexpected trials and triumphs of welcoming a child into the world.   The film stars Cameron Diaz, Jennifer Lopez, Elizabeth Banks, Chace Crawford, Brooklyn Decker, Ben Falcone, Anna Kendrick, Matthew Morrison, Dennis Quaid, Chris Rock, Rodrigo Santoro, Joe Manganiello, Rob Huebel, Tom Lennon and Amir Talai. The film is directed by Kirk Jones, written by Shauna Cross and Heather Hach and inspired by the book “What To Expect When You’re Expecting” by Heidi Murkoff.   Lionsgate presents in association with Alcon Entertainment, a Phoenix Pictures production / a Lionsgate production of a Kirk Jones film.