Written by Series Guest Blogger, Brooks Weatherspoon, a father of twin 12 year old girls that will give us insight into A Day in Fatherhood!

There are few things that are tougher for a father than watching his daughter go through pain. My daughter struggled socially for a number of years due to health issues and when the time came that she finally found her “best friend” we were thrilled. She talked about her constantly and had her over for slumber parties on a regular basis. Then, one day…she was gone. Worse still, she was gone for no good reason other than the fact that she wanted to be in a different social group. 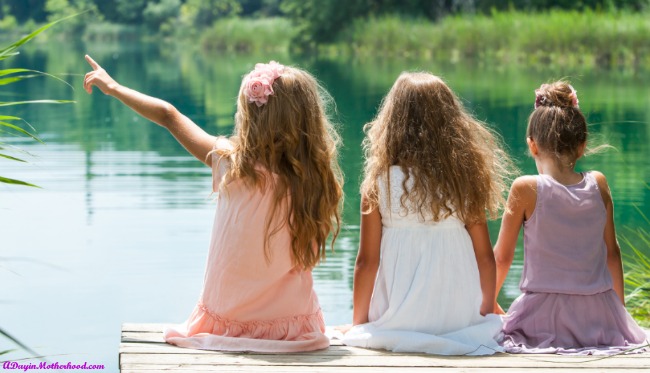 Adding insult to injury, my daughter’s friend also decided that making fun of her and being the target of her new group would be funny. The results were catastrophic for my daughter.

As a father, I had no idea what to do. Helping your daughter navigate friendship issues is tough!

I remembered back to middle school when this sort of thing was regular fodder, but this was my daughter. Seeing her in pain was never part of the deal. I remember feeling betrayed by this child that had been a guest in my home over and over. I wondered if it was something that I did or my wife did to make her act that way. Naturally we want to fix things so that is where my brain went first.

Not long after this change happened, this child (we will call her Erica) sent a note to my daughter Valerie. The note was cruel, harsh and completely confusing to my mind. Valerie hid the letter from my wife and I for a week or two before finally telling us about it at supper one night. What followed was a cry fest that literally lasted well after her bed time that night and rocked my world.

Erica had apparently dropped Valerie as a friend because she wanted to be in the popular group and the popular group did not like Valerie. This simple, yet direct message sent shock waves through Valerie because it was totally against all the lessons we had taught her. We sent her messages throughout her childhood saying that people are all equal, friends are true and so on. We apparently had skipped the message and lesson about how friends can also turn on you.

Although we left that part out, it was not by design. Now, as my kid was crying herself to sleep in my arms, I was regretting that oversight. No matter what I said or did, it just made no sense to this sensitive kind soul that melted into my arms. She was heartbroken and I was helpless to do anything about it.

For weeks after that, my daughter would not engage new friendships or really have much to do with anyone but her twin sister and us. We started going to a new church and she started making some friends there, but there was a wall up that I worried would never come down. Eventually, she became friends all over again with Erica and was able to work through the hurt and disappointment, but it left me wondering….what could I have done to shortcut this? Could it have been avoided?

As I look at it now, I see that I could not have prevented it. My daughter has been taught to love completely. I would never want to trade that for a poor attitude and constant distrust of others. Over time, she learned a valuable lesson about being careful and I certainly wish I had addressed that before, but the bottom line is that she learned. It does, however, make me wonder how many more lessons we have coming as a family.

I wish I could cover her from all of them…