Guilt: A Mom’s Experience with Melatonin

Guilt: A Mom’s Experience with Melatonin

I am an old fashioned type Mom, I guess.  My girls wear bloomers under their dresses, wear one pieces in the summer, don’t have pierced ears and I really want my girls to wait until 16 to date.  I don’t care of other little girls do these things, in fact, I think there is nothing cuter than a little toddler belly sticking out of a two piece.  I just am not comfortable with my girls doing it.  Blame it on my prudish upbringing or the fact that I am way behind the times in parenting, it is just how I am. 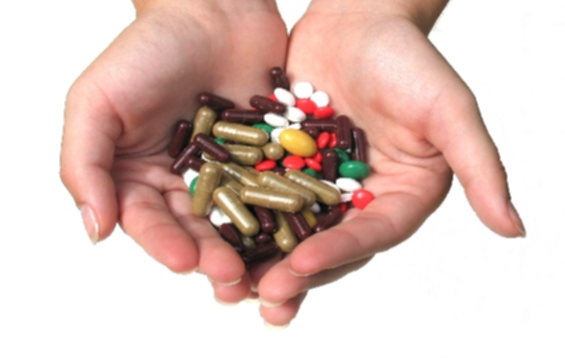 I also rarely give my children medication.  Even Tylenol.  I don’t know why, I just have a phobia that my kid will be the one kid who has a negative reaction to something that seems harmless and we’ll end up in the ER, being questioned by CPS, scared out of our underwear.

So when a friend suggested that I give my 3 year old, who is having major issues going to sleep and staying asleep, Melatonin, a supposedly nutritional enhancement to sleep, I bawked and arrogantly said I would never do it!  Even though it triggered a conversation I’d had with her Doctor about the exact same thing last year, I told her never Ever….

After a full week or so of Katie being up past 11, not napping at all during the day and exhibiting behavioral issues due to insane exhaustion, I reluctantly picked up a small bottle of Melatonin at the store.  I felt awful doing it.  And on day 3 of passing it sitting on the counter without opening, I decided I just could not stomach it and made a note to trash it later.

Then today came.  Even though, at 10 pm, she went to bed fairly easily last night, she was up 3 times overnight.  Twice she had peed out of her Pull Up – yes, I know she is four and should be dry through the night…  I’ll add it to my list – and the third time was a mild night terror.  By mild, I mean 15 minutes of kicking, screaming and flailing about.  I call it mild because they used to last almost an hour!  Yes, yes – now you know why I have been exhausted for years and you can proceed with the “Oh my gosh!  No wonder you are so absolutely nuts!”  I’ll concur!

So today, as I am guiltily watching her push her little cart around the grocery store, head resting on the influenza infested handlebar, eyes red and droopy and dazing off into space, I tell myself that a good Mother would do anything to put the poor, tired, listless child out of her non – sleeping misery.  I rationalize that the guilt of watching my poor baby fall deeper and deeper into a sleep disorder far outweighs giving her a supplement to help her sleep.

I fight myself the rest of the day, almost in tears with guilt for letting it even get this bad.  If I had only instilled better sleep habits from birth, if I had never let her stay up late just because, if I didn’t let her watch TV past 5, she would not be in this predicament.  I think I can try one more time to fight her down to bed.  And then she walks up to her sister, pushes her to the ground and yells – sounding very much like me – “you don’t ever come take my stuff again” – EVER!

Thaaat’s it.  When you start emulating me, you obviously need to get some sleep!

I crush up a third of a 1 milligram tablet, shaking like I am a criminal making a life altering decision, and throw the powder in her milk cup.  As I hand he the cup, I hesitate.  What is she is allergic to Melatonin?  What if she has a reaction and we have to rush to the Emergency Room?  What if I have just started a horrible cycle of having to have a supplement to sleep?  Thus persisting a sleep disorder and ruining her chances to ever rest naturally again?

“Mommy, I want my milk and then we go play and watch a movie.”

Envisioning another 4 hour bedtime ritual, I hand her the cup.  She downs it faster that I can down a six pack!  Defiantly my child.

At first, I think the supplement, vitamin, drug – whatever – has the reverse affect on her.  I once gave her a dose of Benedryl because she stepped in an ant pile and got a million bites.  Everyone told me it would knock her out.  That girl bounced off the walls like Tigger on Speed!  I wondered if the same thing was happening here.  She was jumping around, talking a mile a minute and did no seem to have any reaction to the pill.

I told her, about 15 minutes after I gave it to her, that it was time for bed.  She started to protest but I told her that she just needed to give me time to get her sister’s to sleep and then I would come get her.  She bought it and off we went.  When we got to her room, she seemed almost delirious.  Her eyes were half open but she still wanted to go go go.  I laid her down, stroked her hair, wondering what I have done to my poor child, and watched her drift into a peaceful, shockingly fast sleep.  It was only 8pm!

You would think that I would pop a bottle of my finest Bud Light in celebration but I am being eaten up by guilt.  I called a friend who told me that everything was fine and that a lot of Mother’s she knew gave their kids Melatonin sometimes.  “It is like Vitamin C, for goodness sakes!”  Hmm – Vitamin C does not send me to Katie’s room every 5 minutes to make sure she is ok!  Relax, she says.  Take advantage of this and go to bed myself!  Get caught up on your sleep so you can be a better Mom!

My ex-husband said the same thing.  Except he did not want me to go to bed to sleep.  Typical. I ignore him and call another friend.

She says I should not feel an ounce of guilt.  It is not like I gave her a sleeping pill!

So here I sit, blogging at 12:15am, video monitor perched to the right of my computer screen, focused on my little girl sleeping like a baby, fighting with myself over whether or not I did the right thing.  Thoughts that even posting this blog will draw negative comments and a visit from CPS cloud my mind and eat up my words.  Intermittently checking the Internet to reread all of the commentary out there about how Melatonin can cause seizures, aid ADHD but is also recommended for sleep deprived children, as long as it is not more than .3 milligrams a day.  I feel even more confused and guilty that I could not find a different solution.

As I turn around and see on my bookshelf and entire row on books about babies and toddlers, note the red flags that, most likely tag pages discussing sleep in children, I let a tear slide down my face.  I tell myself I was wrong.  This guilt I feel now is way worse than the guilt in watching her be tired.

Tomorrow I will try something else…  something I can live with.  Because I am having a hard enough time being a Mom.  I don’t need this guilt following me around too.