I have not been this excited about a film for me for a long time!  Gone Girl starring Ben Affleck and Rosamund Pike hits theaters October 3, 2014. To help get the word out about this film that adds suspense and mystery together, them missing charachter, Amy Dunne has a Pinterest Page! Follow the page to engage in the mystery and get excited about the film! 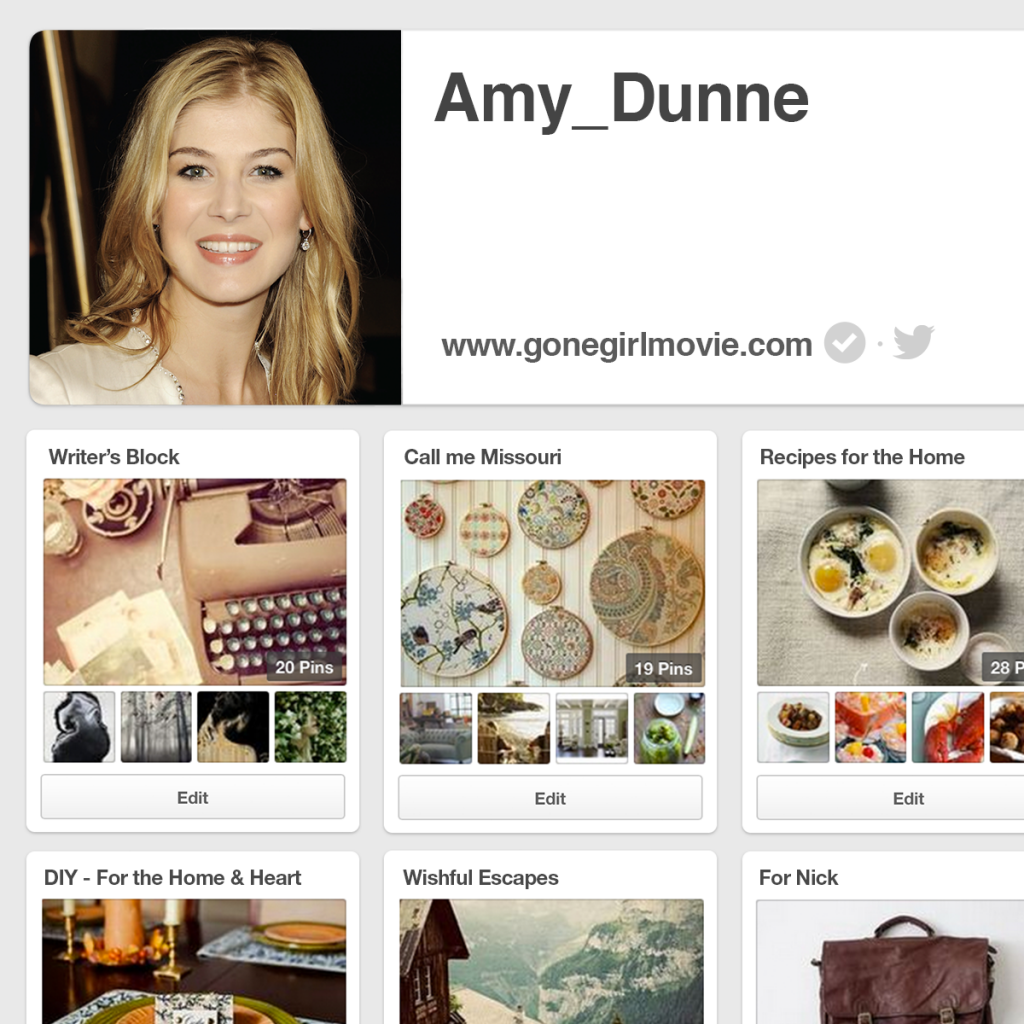 Amy Dunne is missing. Her Pinterest page has been found.  #GoneGirl

Gone Girl’s Amy Dunne has a Pinterest account you can explore. In the upcoming movie thriller Gone Girl by David Fincher, ‘Amazing Amy’ Dunne (Rosamund Pike) has gone missing and all eyes are on her husband Nick (Ben Affleck.) Everyone is wondering ‘Did Nick kill his wife?’ 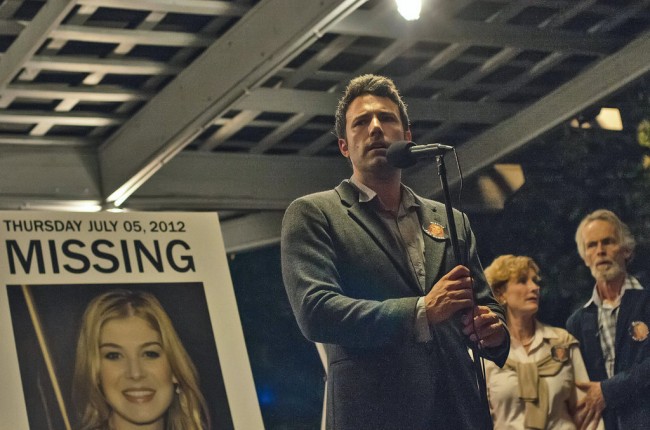 As evidence mounts and speculation rises, Amy’s past is coming into focus on Pinterest. What was she like? What were her interests? Did she leave any clues? Explore for yourself at http://bit.ly/AmyDunne

Directed by David Fincher and based upon the global bestseller by Gillian Flynn – unearths the secrets at the heart of a modern marriage. On the occasion of his fifth wedding anniversary, Nick Dunne (Ben Affleck) reports that his beautiful wife, Amy (Rosamund Pike), has gone missing. Under pressure from the police and a growing media frenzy, Nick’s portrait of a blissful union begins to crumble. Soon his lies, deceits and strange behavior have everyone asking the same dark question: Did Nick Dunne kill his wife?

A little closer to the movie opening, I will be giving away a gift card and movie tie in book. Until then, get your Gone Girl fun on the Amy Dunne Pinterest Page!