This post is presented in partnership with The Motherhood and GoldieBlox. No review was done of the post prior to publishing. All opinions and photos are my own.

It is perfectly OK that my girls want to be a Kindergarten teacher, a Doctor and a mommy when they grow up. I am totally OK with any profession, as long as they have one. But as a mom of three daughters who can see the world as a place of unending opportunity, I want them to know that they have more options than they think. Unfortunately, the ways to introduce them to more male dominated fields – like Engineering and construction – are limited. That is why I am so super excited about the brand new line of toys known as GoldieBlox! 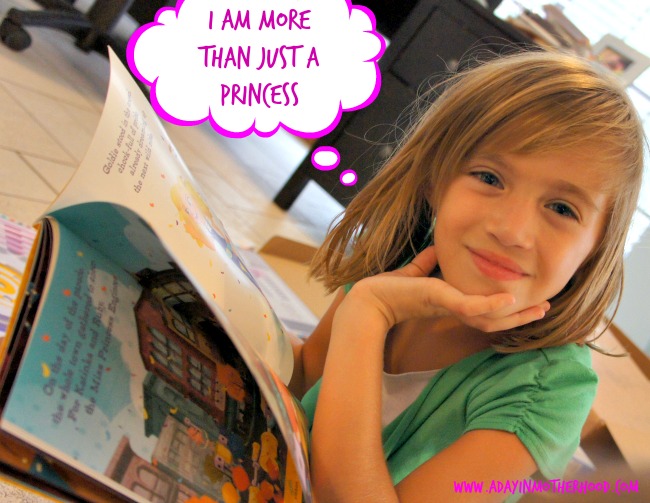 GoldieBlox are the brainchild of Debbie and Lindsey. Moms first, best pals second and modern innovators third! These two women are upbeat, confident and educated. Their dedication to teaching girls that they are more than just a princess is steady! Debbie, an ex engineer who was a female rarity in the field and Lindsey, her pal who believed that her friend has something truly unique and special, quit their jobs to create something that moms of girls everywhere will want! A ‘toy’ that helps girls understand their analytic side and makes them want to understand more about it.

At the beginning of every GoldieBlox story, we introduce some basic engineering vocabulary with a basic “Bill of Materials.” The pieces you get with GoldieBlox are based on the Seven Simple Machines (wheel and axis, lever, pulley, etc.) These are the basic building blocks of every physical thing! 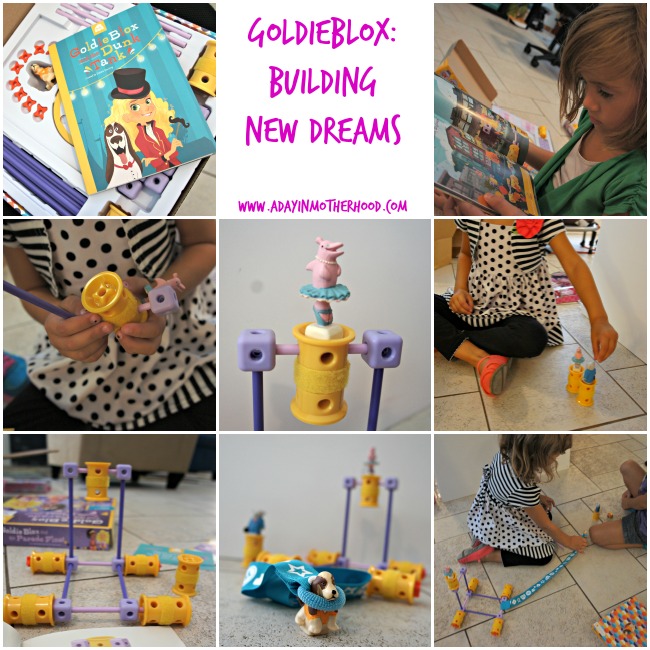 We were so lucky to receive GoldieBlox’s first two toys on the market. GoldieBlox and the Parade Float and GoldieBlox and the Dunk Tank arrived a few weeks ago and the girls have been begging to play with them sense. Now, look, I am a busy mom and my initial thought was that I was going to have to carve out hours from work, school, laundry, dishes, and more to help the kids with these complicated, engineer based toys. I pictured patience waning, frustration building and a final product that would maybe, sort of, look like what it is supposed to. I am not engineer minded, I am a writer. What do I know about pully’s, levers and more. How could I even help my girls?

To my absolute excitement and joy, my kids did not need a single helping hand. My 5 year old needed to be read to as she is just learning but that was it! I opened the Parade Float and was instantly impressed with the organization of the pieces, the colorful durable material they were made of and the innovative shapes that were in the box. My 8 year old immediately grabbed the fully texted and illustrated book and began reading. My 6 year old began building and my 5 year old grabbed the characters that come with it and started playing. 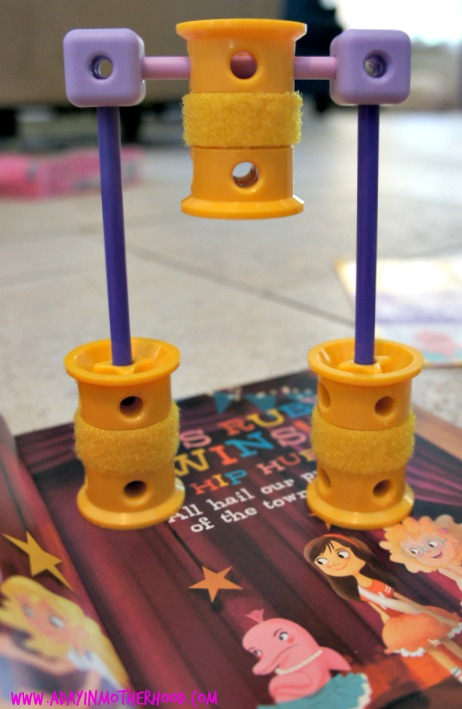 Within minutes Katie (8) figured out that in the illustrated book were the super simple instructions on how to build the parade float. She read her sister’s the instructions as she read the story and together, they all created the Parade Float easily. Mom snapped pictures and smiled hugely as they taught me that my own limitations were only in my head! Their creativity, ability to analyze and understand and desire to think outside the box were not limited at all.

Right then I learned that my girls had taught me not to limit them based on my own gender specific thoughts!

The girls absolutely love these building sets. As they play with them day after day, I have noticed that they are thinking outside of the ‘blox’ and redesigning the float and the Dunk Tank to be more specific to what they want. As a mom, I LOVE this! This ‘toy’ enhances every skill I want them to have: reading, imagination and believing they can be more than they think girls can be.

I highly recommend these building sets. Not because I got them as part of this project, but because in all of the products I receive, I see real, life altering, benefits in GoldieBlox. 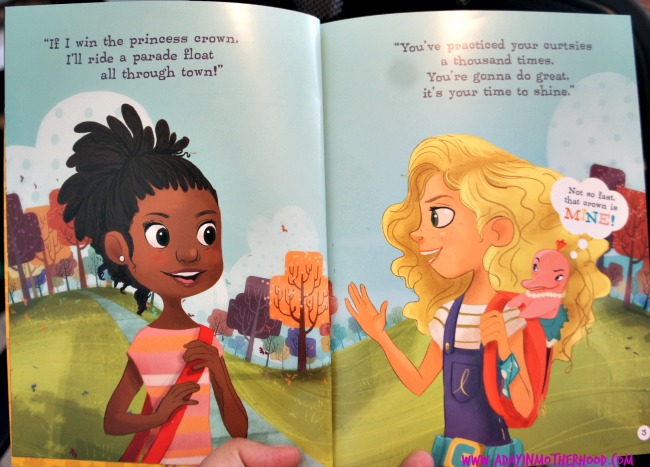 You can get all three sets now online! You can even put in your order for the pre-sale items! Check out the ‘More Then Just a Princess’ t-shirts too! These would make an awesome holiday gift!

Find out more about GoldieBlox and the reason they are one of my easy pics for top items I have ever received in my house online now! 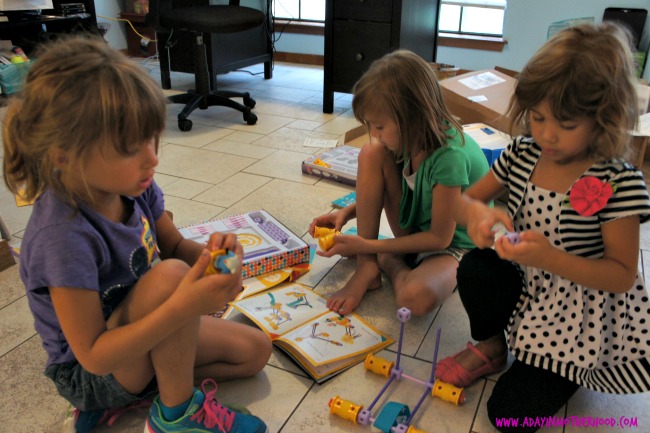