Getting The Rock Star Treatment With Ricki and the Flash

Getting The Rock Star Treatment With Ricki and the Flash

I’ve always wanted to be a rock star.   Although I haven’t lived out that dream – because I can’t play an instrument OR carry a tune to save my life – I was able to live a bit vicariously through Ricki and the Flash with makeup and hair, and then dinner at Hill Country in New York City.

After screening Ricki and the Flash at the Sony Entertainment building in Manhattan, we were treated with some pampering with hair, makeup, and a signature drink, The Ricki. We were also treated with some finger food fare before we headed out to Hill Country, an exciting Texas-inspired barbecue  bar with live music.

I got a chance to get glammed up before heading out to dinner with the fantastic stylists at the party. I loved the smokey eye look and hair styling into soft curls. I felt like a celebrity with my team making sure I looked my best. I got to relax with my Ricki drink – a mix of vodka, sprite, and cranberry – and chat with some friends of the blog world, including Mitch from Gay NYC Dad, Enza from Enza’s Bargains, and Beeb from MomStart.  It was great to unwind after my 3am wake-up to get to New York from Portland.

After that it was time to head to dinner – in style! We jumped into the Party Bus, which came complete with a flashing lights, music pumping, and a dance pole. Yep. We went in style. There was even a hashtag for our bus #MagicMitch 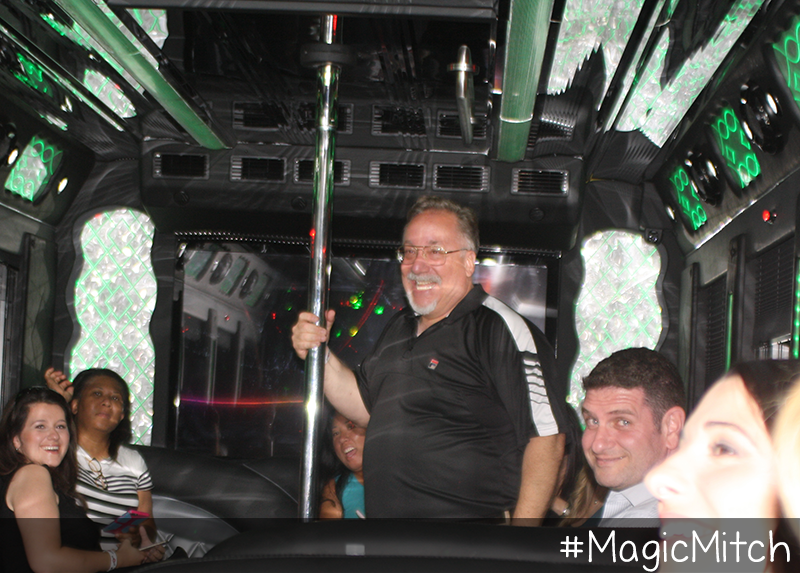 It was a short drive from the Sony Entertainment offices to Hill Country Barbecue (30 West 26th Street New York) where we feasted on Texas road-house style barbecue, a menu made specifically for us in honor of Ricki and the Flash.

The music was fantastic – live Austin-inspired tunes from a great band that was reminiscent of what we just watched with Ricki Rendazzo and her band The Flash. In the movie Meryl Streep’s character has that roadhouse feeling and vibe with a bit of a rocker edge. We had found out at the dinner that Meryl visited rock/country icon Lucinda Williams in preparation for her role. AND yes – she played all of her own guitar. Pretty amazing if you ask me! More on that this week in the upcoming interview.

See Meryl Streep and her daughter Mamie Gummer in Sony Entertainment’s Ricki and the Flash, a story about a mother and daughter trying to make things right in their relationship.

Ricki and the Flash is in theaters everywhere August 7, 2015