**I am a proud mom ambassador for Denny’s Diners. All opinions are my own.**

I don’t know how to tell you guys this, but I have a new love. It is tall, good looking and I just want to go by and enjoy it’s company every day of the week. Now, I know… I am a forever single kind of girl. But some things are worth building a relationship with. Or rather, ordering at one of my favorite restaurant and devouring with shameless happiness! The Thing Burger is my latest obsession and I am not afraid to admit it. As part of the new Fantastic Four menu at Denny’s, it has turned me back to burgers!

See how to WIN a Round Trip to the Premier of Fantastic Four!

I discovered The Thing Burger quite on purpose actually. As a true lover of Denny’s, I knew that starting on June 23, a new menu was hitting stores with a ton of great stuff!   America’s iconic family diner announced its partnership with 20th Century Fox to bring the adventure of the summer movie event ‘Fantastic Four’, in theaters Aug. 7, to diners across the nation. To celebrate the highly anticipated movie, Denny’s is offering one lucky Fantastic Four fan a trip for two to the movie premiere on Aug. 4. Now, through July 19, fans may visit The dennysfantastic4 site to enter for a chance to win the trip of a lifetime. 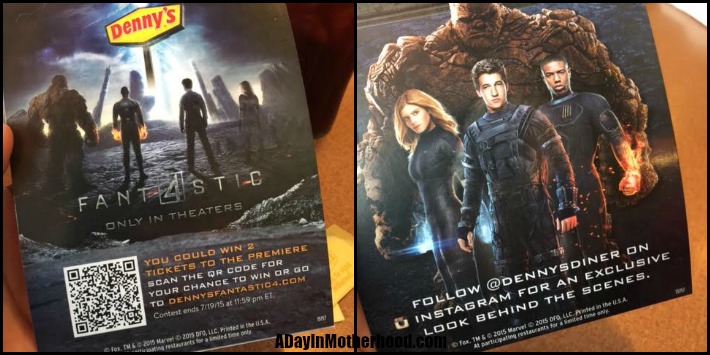 Now that you know about the contest and other amazing things Denny’s and 20th Century Fox have put together for the Fantastic Four movie and menu, let’s talk food. Because I know all of you want to go to Denny’s now and order The Thing Burger, among other dishes to enjoy like I do!

Let me tell you, Denny’s has some specialized menus for many reasons but this one especially sparked my interest. Now only do meals like the sizzling Human Torch Skillet, The Thing Burger and the Invisible Woman Slam® jump out as creative, delicious foods my whole family will love, but the excitement over the movies release makes me want to enjoy all things Fantastic Four! 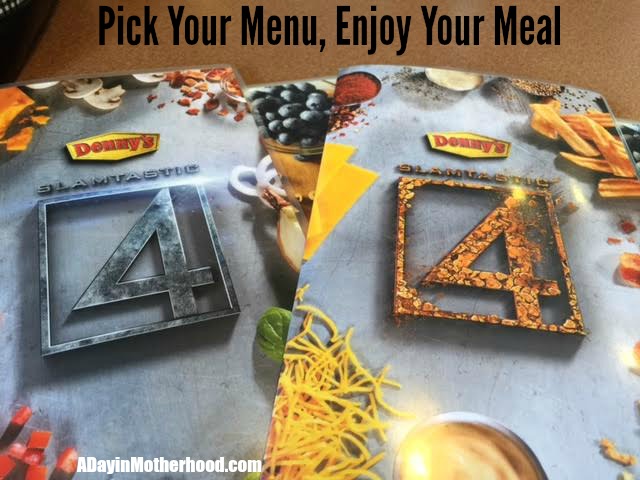 I went to Denny’s right after this menu came out expecting to see the same old stuff staring back at me in a new package. I was more than surprised to see some of the ideas that were there for my taste buds to fall in love with. For instance, The Thing Burger (did you know that Denny’s is actually known more for it’s burgers than anything else?!?), is a burger served on a super soft onion bun. It is a patty served with hash browns, an egg, BACON, and a special sauce that all blends together to bring you this pile of flavor enhanced by the buttery taste of the bun. It’s amazing. I don’t know how else to describe it, to be honest. You will have to just take my word for it and head to Denny’s now!

I also tried the Fantastic Four Cheese Omelette and was drooling over it when it arrived. Yet again, Denny’s put a twist on it by loading it with cheese, cheese and more cheese, bacon, veggies and more. It was so good and filling and sent me to a happy place! 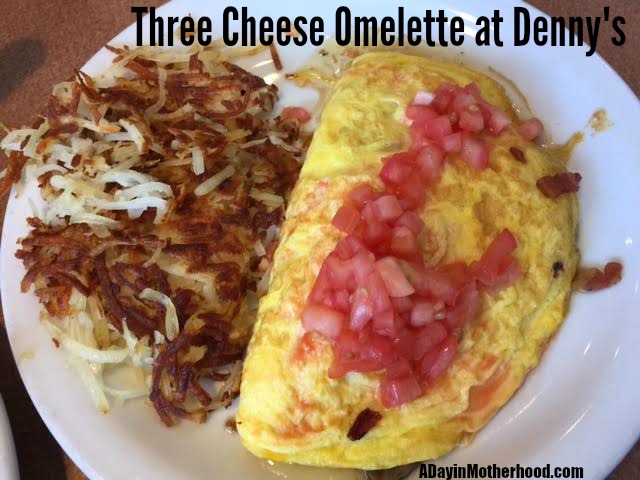 In addition to the exclusive sweepstakes and fantastic diner creations, guests will have plenty of other ways to enjoy a taste of the movie at Denny’s. Dedicated TV spots, which will begin to air nationally the week of July 6, brings the Fantastic Four characters straight to America’s Diner, while the brand’s Instagram channel will be posting a series of exclusive clips for followers throughout the partnership. Denny’s diner gang from ‘The Grand Slams’ web series will also be getting a superhero-inspired makeover in two exclusive Fantastic Four episodes featured on TheGrandSlams.com beginning July 1!

I have more of the Fantastic Four menu to try at Denny’s, plus I need to go enter the contest mentioned above, but as of now, I am totally in love. In fact, I am headed back for dinner tomorrow. Something about the Invisible Woman Slam® is calling my name! 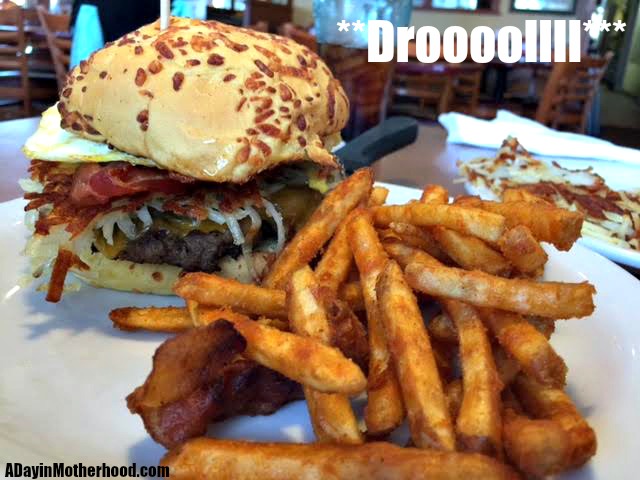 Have you been to Denny’s to see the new menu? What did you love about it?