My daughters and I went on a walk the other day.  A walk we all needed, having tired of the routine of our days during the holidays.  The weather was warm and balmy like most Texas afternoons.  We were expecting colder weather over the next few days, so I wanted to stay out as long as I could.

Katie and Sarah hopped on their bikes and I put Megan in her push car.  Off we went, rolling over fallen leaves, twigs, and dirt piles left by rain earlier in the week.

I kept up with my bike riders, reminding them to look both ways before crossing the street, and listened to Megan squeal and screech from her chauffeured ride.  “Come on Sarah, let’s go faster!”  “OK Katie, I go fastew!” 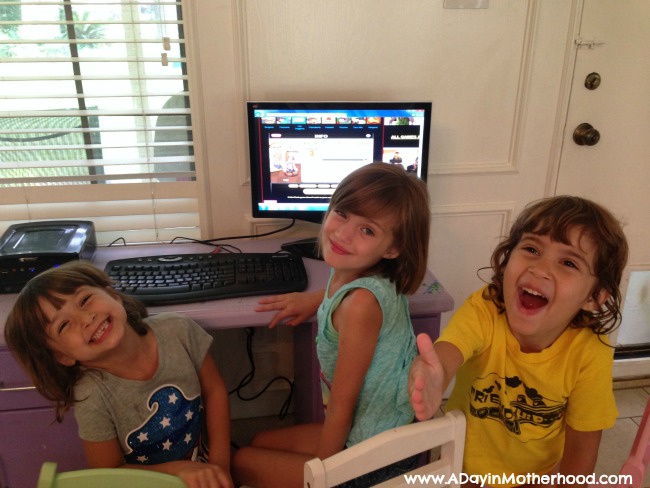 As we walked, we passed the third house we tried to buy when we were attempting to move into this neighborhood.  Nestled on a circular lot, the two story on an acre was a fixer – upper.  Originally found in pre-foreclosure, we did everything possible to close the deal.  While waiting on final word from the bank, we mentally decorated the bedrooms, planned to remove the bar sitting in the middle of the living room, and dreamed of the family movie nights in the media room.

And then it fell through.  The bank decided to let it foreclose.  Even with a good deal on the table.  Go figure.

We headed back home so I could put Megan in the bike trailer.  She laughed and wiggled with happiness and we all headed out into the neighborhood again.

We passed the second house we tried to buy.  A beautifully renovated one story that had about 98% of what we wanted… except the price tag.  The renovators were very proud and would not come down to meet our price.  We were very disappointed, and to this day, still are a bit.  Especially after we heard they sold it to friends, most likely for what we offered.

As we rode, we passed the original house that brought us into this neighborhood.  A neighborhood full of space, trees, and peace and quiet.  A place where our children could play in the front and back yards and we didn’t have to worry about a car flattening them as they sped by at 50 on a residential street.  A place where they could have friends and memories that consisted of more than just the house.  Where pine cones are readily available to paint, leaves are waiting to be collected, and the sounds of children playing resonates through the air.

The first house was a two story red brick beauty on a small hill.  With almost it’s entire acre sitting behind it, the privacy it offered was unmatched.  The house had one owner, and they raised three girls in it.  It seemed destiny that we move in, as planned six weeks after the deal was made.  But unforeseen circumstances on the side of our buyer caused us to lose that house on the hill.  It took us a while to get over that loss.

As the girls and I peddled back onto our street, our tires crunching feverishly over the fallen leaves, laying as a carpet to greet us, I felt a sense of peace pass over me.  After all we went through in the six months that we worked to move here, we ended up in the right place.

A sweet little one story fixer upper next to amazing neighbors, on a beautiful lot, with hundred year old pines and oaks to shade us in the hot Texas sun.  The house that offered us everything at a time when we were feeling like nothing was working.  We found it by accident, a faded For Sale By Owner sign in the yard, the number faded and almost impossible to read, on a day when we were thinking we were done with the whole deal.

And as I watched my three little girls,now free from helmets and seat belts, running happily down the long driveway, knowing that I do not have to worry, I finally feel at home.  In this fourth house, found by accident, closed on in a hurry, wonderful home.