Facebook: ‘Promote’ and Prosper?: How The New Promote Button Breaks Their Promise

Facebook: ‘Promote’ and Prosper?: How The New Promote Button Breaks Their Promise

On May 18, 2012, Facebook went public on the Stock Exchange.  A local news team came and asked me what I thought of the move and if I would buy the stock. Being a former broker – but back in the heyday, I admit – I gave my opinion.  You can see it below: 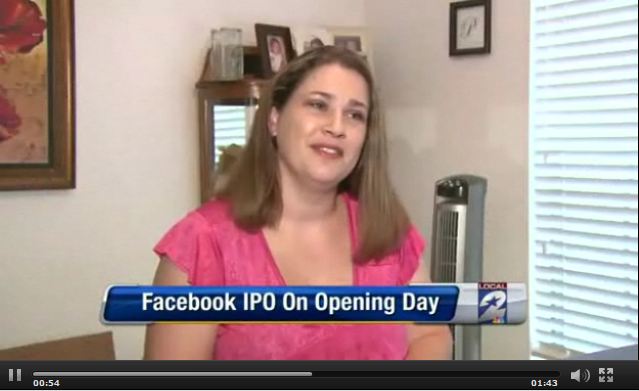 There was more to the discussion about Facebook paying attention to its end users.  You know, the people who talk to their friends and family all day, the bloggers and Etsy, Tupperware and more page owners who are trying to promote what they work on so hard, to the large companies who utilize Facebook to get the word out about deals products and so on.

All people who came to Facebook to utilize its reach, thus increasing the ad value for Facebook and causing them to be hugely successful, pocket their earnings and make everyone happy all around.  Hence the IPO… which is proving me right, by the way.

During the growth of Facebook, they have adamantly denied that they will have any end user pay to be a part of what we helped build.  And so far, they have not.  However, they have changed things and altered rules that make small businesses jump though hoops just to conduct business as usual.  But now they are using terms like “relevance” and “interaction” to value what you see on your page.

And force us to show you what we can afford.

The company that said they would never charge the end user, is now instilling a “promote” button.  Basically, a person who likes my page and interacts with me can see everything I post in their feed.  But if you are more active with your friends and look at blogs just every once in a while, then Facebook is deeming you uninterested in what I am posting.  So, other posts take relevance in your feed. 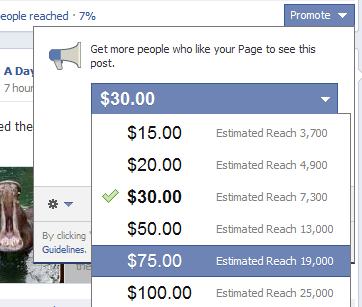 But now, for the tidy price of $100 PER POST, I can make sure you see my post by paying to be more “relevant” thus knocking posts off your feed in order to make sure you see mine.  So, basically, Facebook is saying that it will cost me more than I make in a month on this modest blog where most of the content is posted, promoted and talked about for free, to be “relevant” on your news feeds.

And they are saying that YOU can not make that decision on your own, so those who pay will make it for you.

Now, imagine that we all decide to pay.  Because hell has actually frozen over.  Your news feed will turn into a plethora of bloggers and companies who have paid to allow you – oh, and your friends – to see their posts thus turning your news feed into, basically, a scrolling commercial.  Would you like that?

You would not see your family and friends posts.  But all of the companies who paid between $100 – $1000 and more PER POST to make YOU think what we have to say is more important than anything else.

Or so they would have you think.

I realize this is a free service.  I do.  And I realize that my audience is going to find me if they want to.  And I know that all of this complaining is futile as Facebook rules the word and can do what it wants with it’s company.

I also know that companies that try to fix what ain’t broken by making changes that devalue the end user, raising or instilling “innocent” fees and trying to impress investors end up on 20/20 explaining how they lost their position of power.

Please join my email list, follow me on Twitter or just come say HI on my page.  I work really hard to provide something that I think you will love.  I would hate to see you miss out because Facebook decided you must not care.