I am a not a square peg and I don’t fit into round holes.  Or maybe it is that I am now too round to fit into a square hole.  I don’t know.  But I am not your typical suburban housewife raising kids, barefoot in the kitchen!  In fact, I don’t think I fit into any category that people like to place someone in. 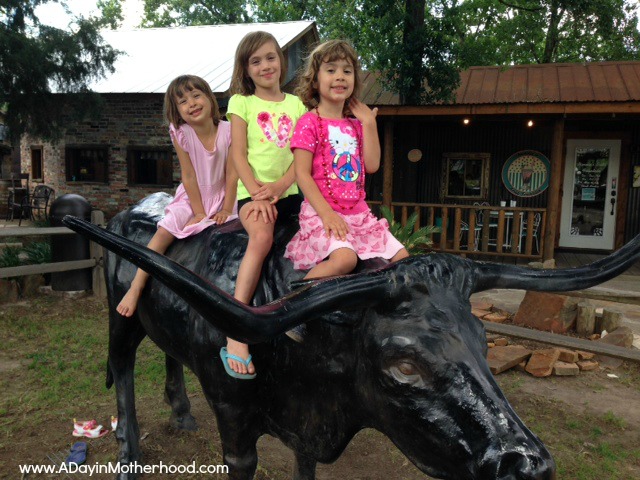 When it comes to my parenting style, the story is no different.  I have read the books, watched the shows, and taken the advice.  And I appreciate every single ounce of knowledge I can get on parenting.  I am new at this, after all. But I tend to sway the way I want to when it comes to my kids. After 3 c – sections and the eternal skin flap that reminds me of those days well – I think it is kind of my prerogative to pick and choose what I think is important in raising my kids.

If only everyone else accepted that, we would all get along just fine.

But no one does.

Recently, I saw a conversation on a social media site where a mom asked a question about how she should handle a situation and the advice was abundant.  Some of the opinions were open minded and generic, some was very detailed and specific.  As I read the thread – it went on forever as you can imagine – I thought to myself, “Everyone is right.”

But, despite that thought in my head that clearly no one heard me think, the fighting and nasty comments ensued.  Moms took shots, moms struck back, names were called, virtual hair was pulled and everyone walked away a little more bruised and hurt than they were when the conversation started.

But, “Everyone was right!”

No one cared.  They were all worried that their opinion and advice were heard and respected.  And if they could sway 200 people to their way of thinking then it would be a successful day. If not, they got to stomp out of the page to the nearest human and unleash the total dismay that no one understood what they were typing.

The thing is, I am a good parent and I am a bad parent, depending on who you ask.  The parents who are strict and never waver on a bedtime routine will find me a dismal failure.  The parents who had their kids on sippy cups at a year will frown and shake their heads in dismay at my two year old who still has a bottle.  And the parents who did not leave the house for a week until their kids were potty trained will tell me I deserve higher Pull Up prices because I never committed myself to get my kids out of them.

And they would all be right.

Except that they are wrong.

Children do not come with manuals but parents have to build a library in their home to house all of the experts that think you should or should not breastfeed, should let babies cry it out at a week or never, cloth vs disposable diapers, and so on and so on.  The advice and opinions can be so overwhelming that everyone can find someone that thinks they are a bad parent!

I am too lenient, too accommodating, too smothering to some.  But the other day I was called a Drill Sargent by another.  I tend to focus on things that I think will suit them better in life.  I like to drive home the importance of polite manners, sisterly love, parental respect – don’t laugh, I am trying – and a love of the Creator who made all things Earth and animal.  I want my kids to be independent and confident, self respecting and self assured.  But no one can see that.  Not like they can see the mismatched socks and the nail polish in the hair.

So who is right?

And as I struggle on a daily basis trying to get this raising kids thing right, I’ll happily be embracing my inner bad parent.  Because, if others have anything to say about it, she needs a hug.

Except that she doesn’t.