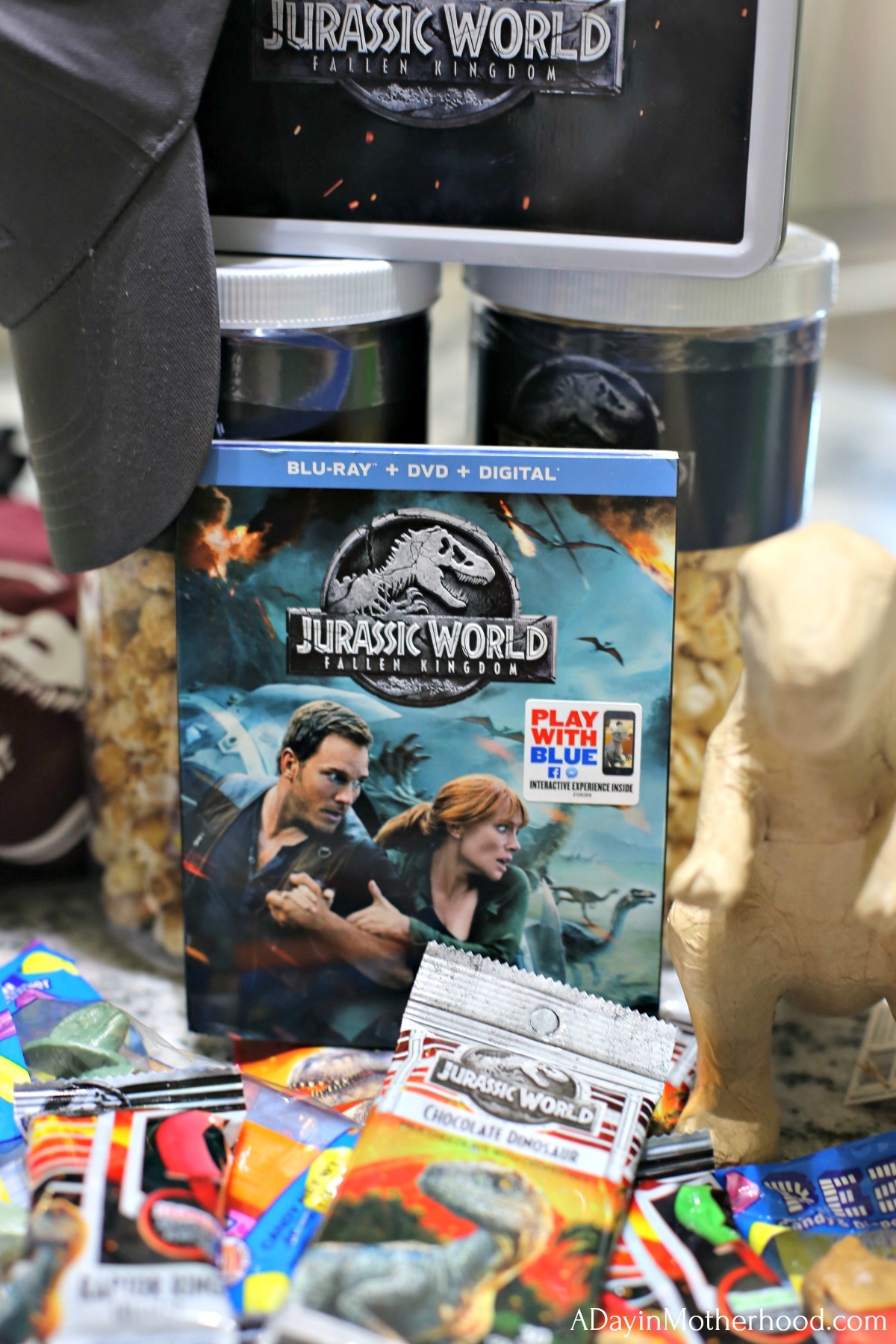 Years ago I sat in a theater and watched as the unthinkable happened. Dinosaurs took over the world! The now famous movie that started a franchise got me thinking about the possibilities that dinosaurs could really come back again! I was hooked in the first 15 minutes. Now, with JURASSIC WORLD: FALLEN KINGDOM IN STORES NOW on Blu-Ray DVD, I can continue to imagine the impossible and share it with my kids too! Even my 9 year old, who scares at the thought of a small bug in the house, stood entranced by the movie! It is a family movie that takes you on a journey to a world that seems unlikely and back again! I am so so glad that I get to pass on this fun and fantastical film to my children, who did ask a lot of questions that promoted an educational discussion after. ‘Mom, where did dinosaurs go? Why can’t they come back? What did they eat?’ and so on! 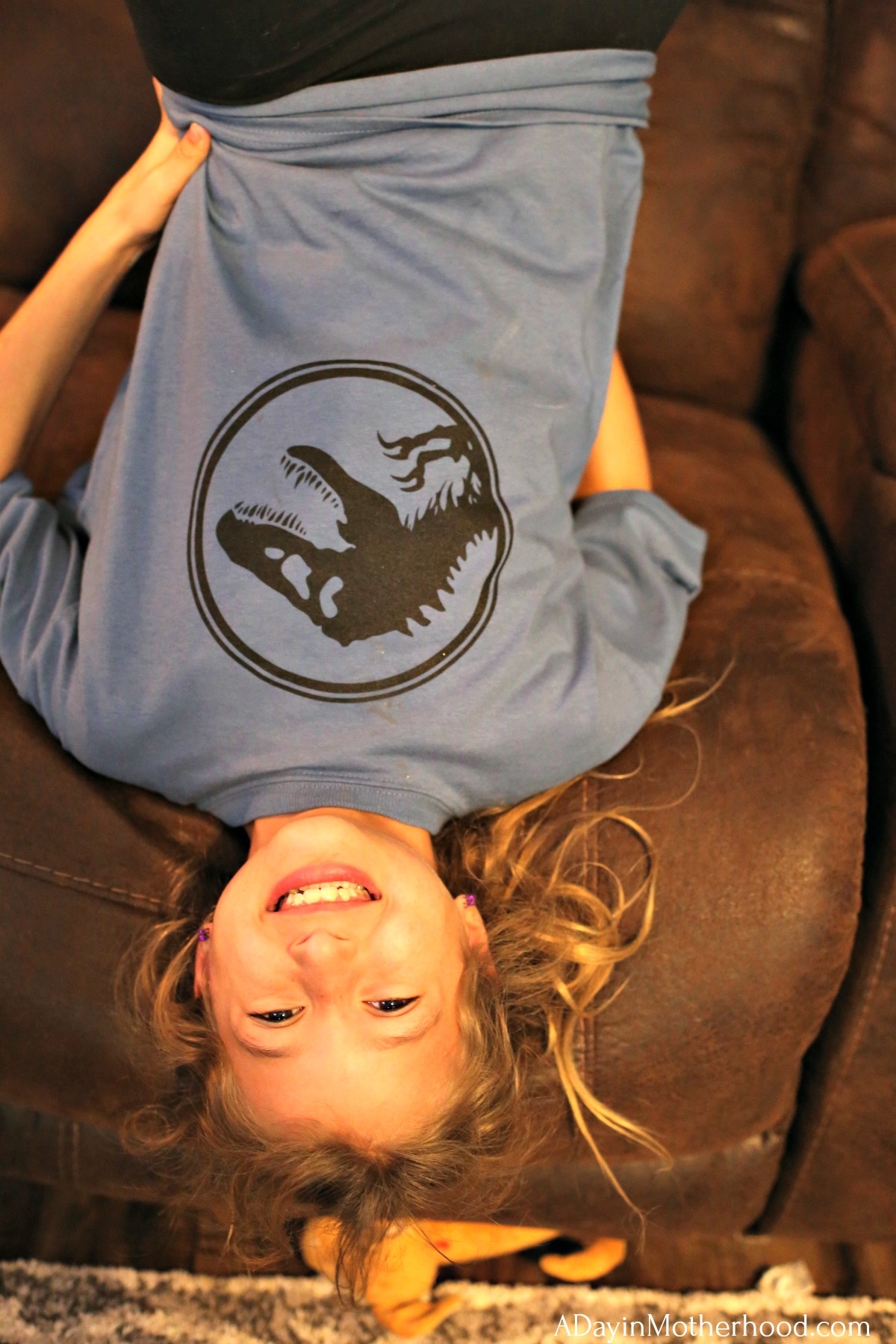 Get your copy of JURASSIC WORLD: FALLEN KINGDOM in stores now on Blu-Ray DVD and plan your own movie night this weekend! 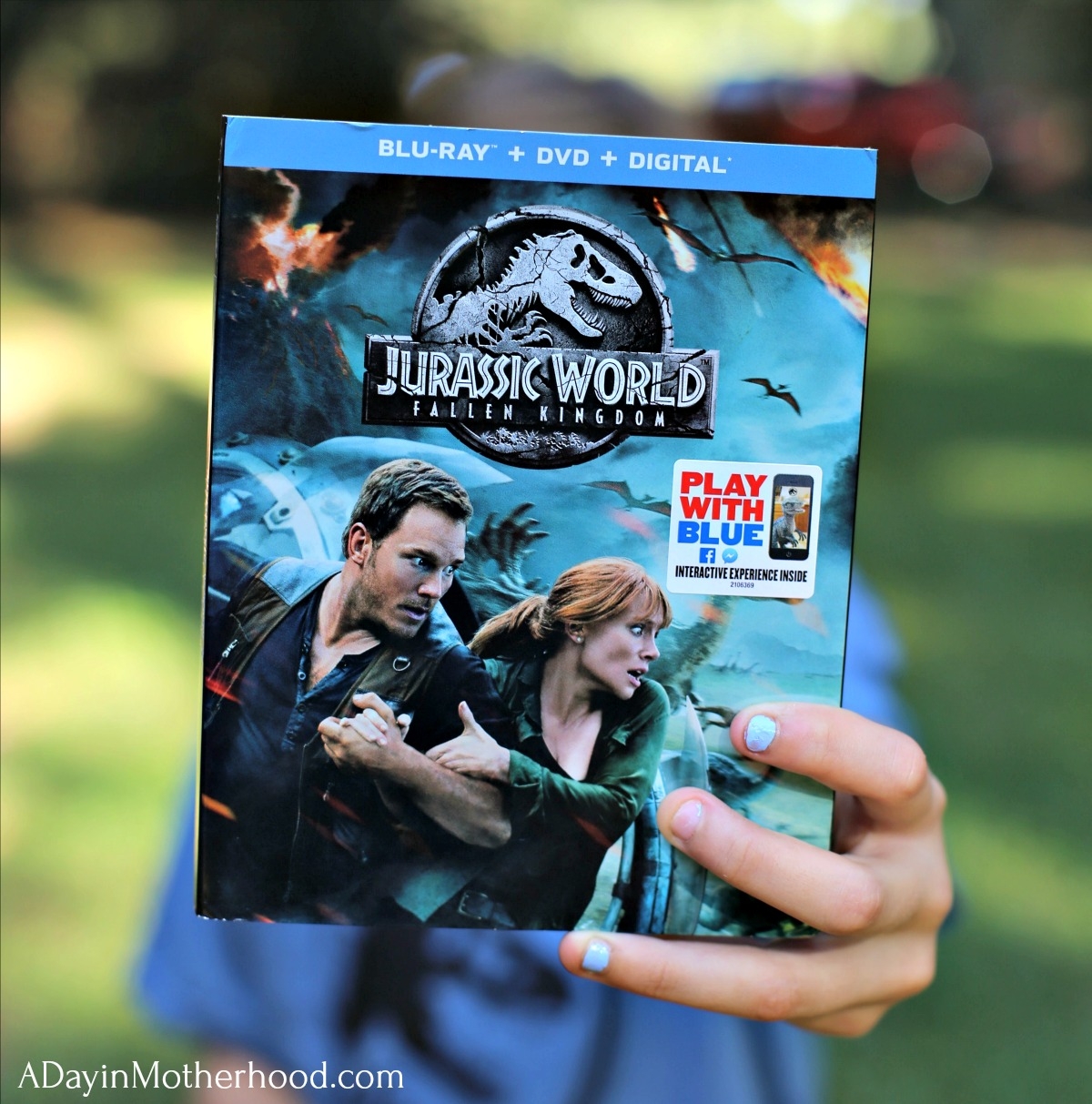 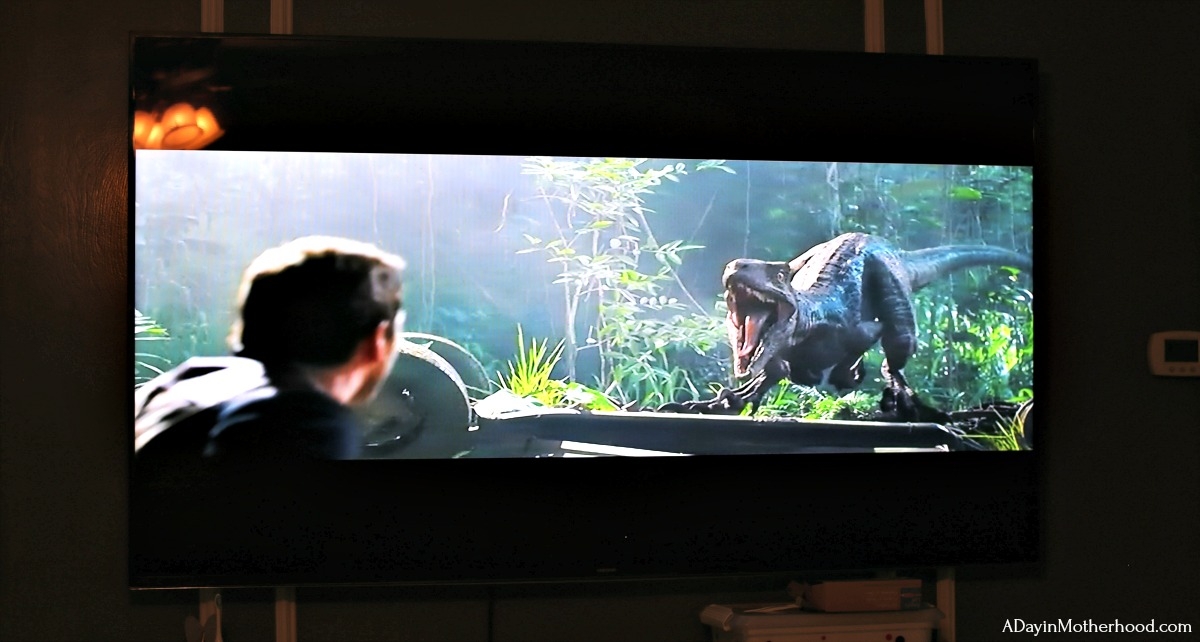 Jurassic World: Fallen Kingdom  featured more than an hour of bonus content! This is the reason to have it on Blu-ray. Go on set with Bryce Dallas Howard and Chris Pratt! Learn about the birth of the Indoraptor and so much more. I love the bonus features of Blu-ray’s/DVD’s! 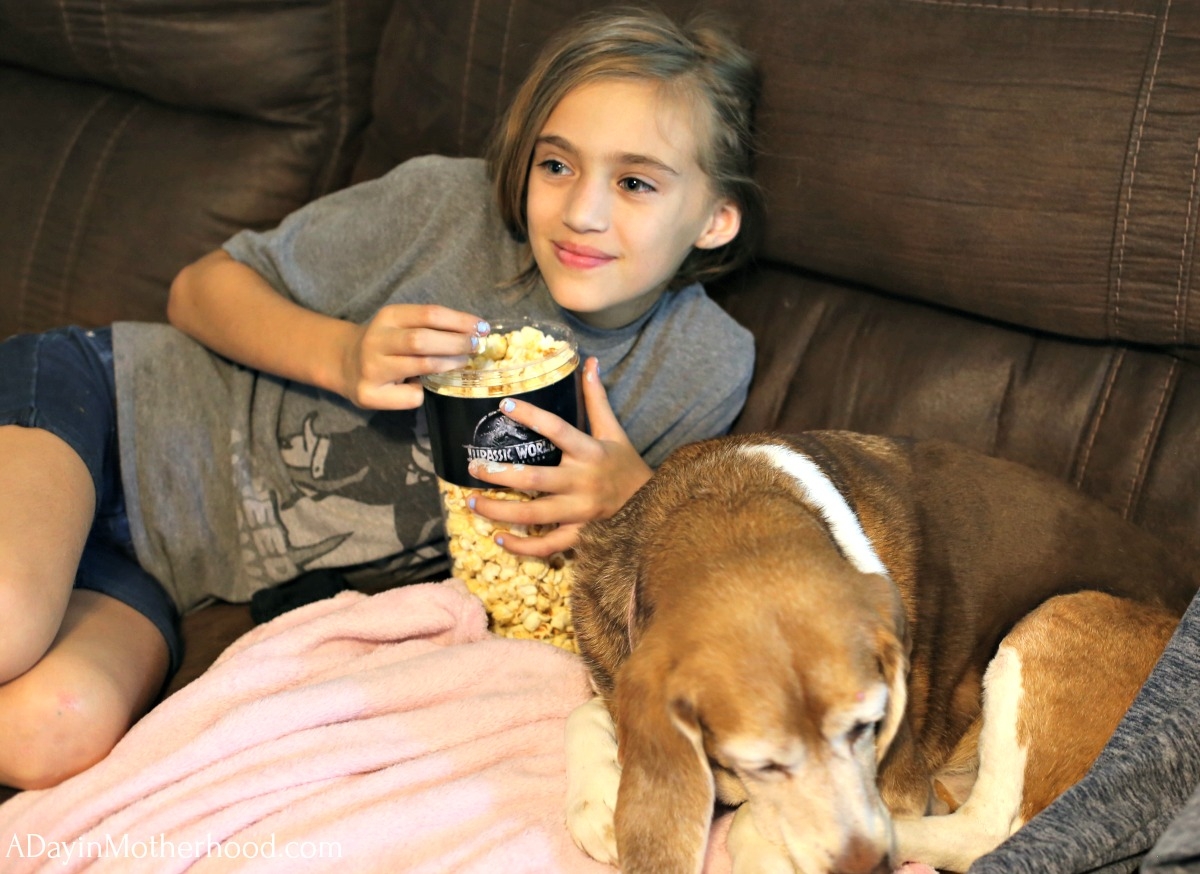 Building on the wonder and adventure that has mesmerized audiences worldwide, Jurassic World: Fallen Kingdom continues one of the most thrilling series in movie history with an adventure 65 million years in the making, captivating audiences of all ages with a stunning new chapter filled and more dinosaurs than any other Jurassic film. 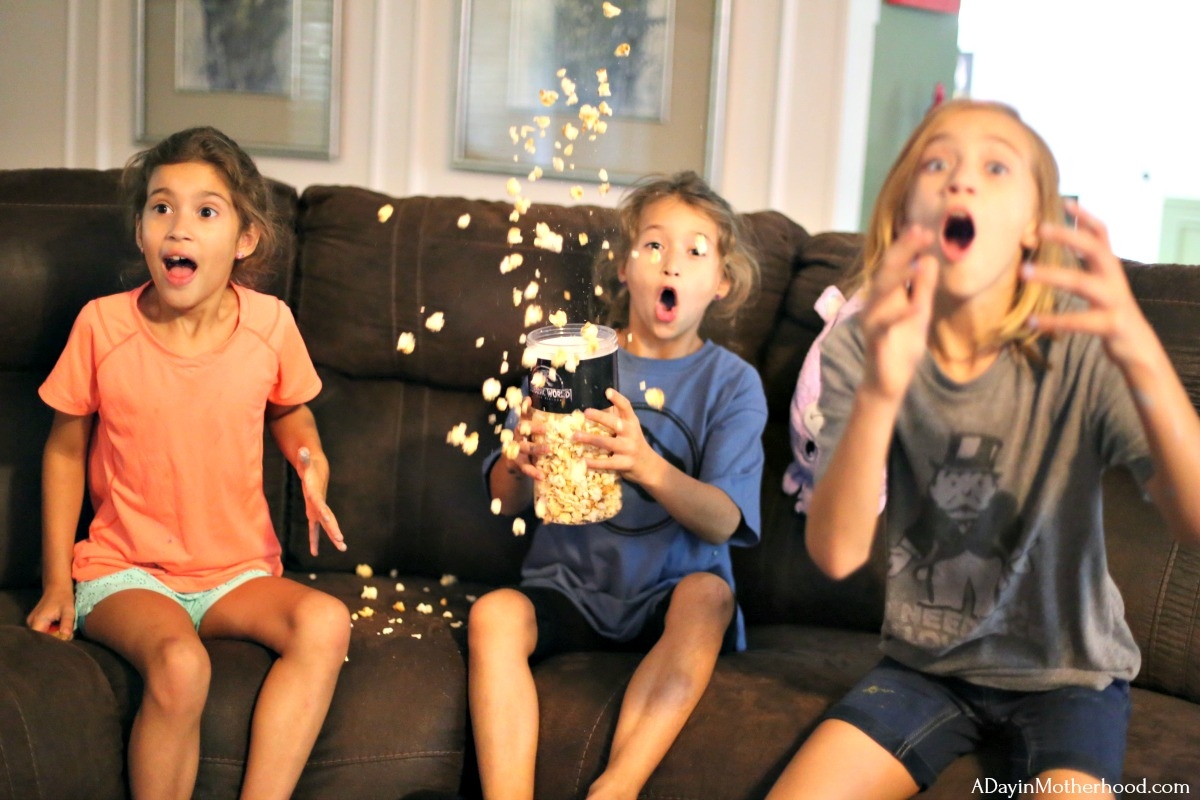 Now to our movie night! We were lucky enough to get a Movie Night Pack from Universal Pictures Home Entertainment. It included the DVD, awesome popcorn, dino treats, shirts and so much more. But I wanted to add a little more to the family movie night too. I wanted affordable, fast and fun as well as themed and exciting for the kids. 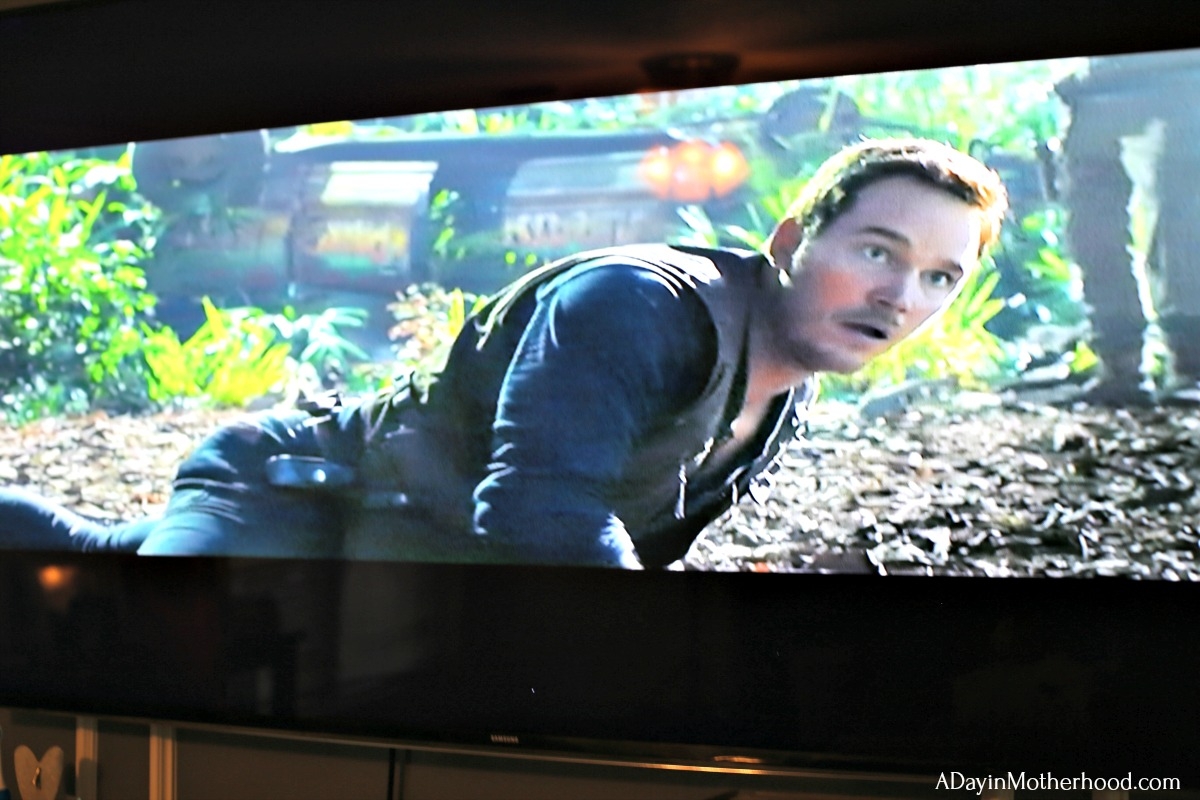 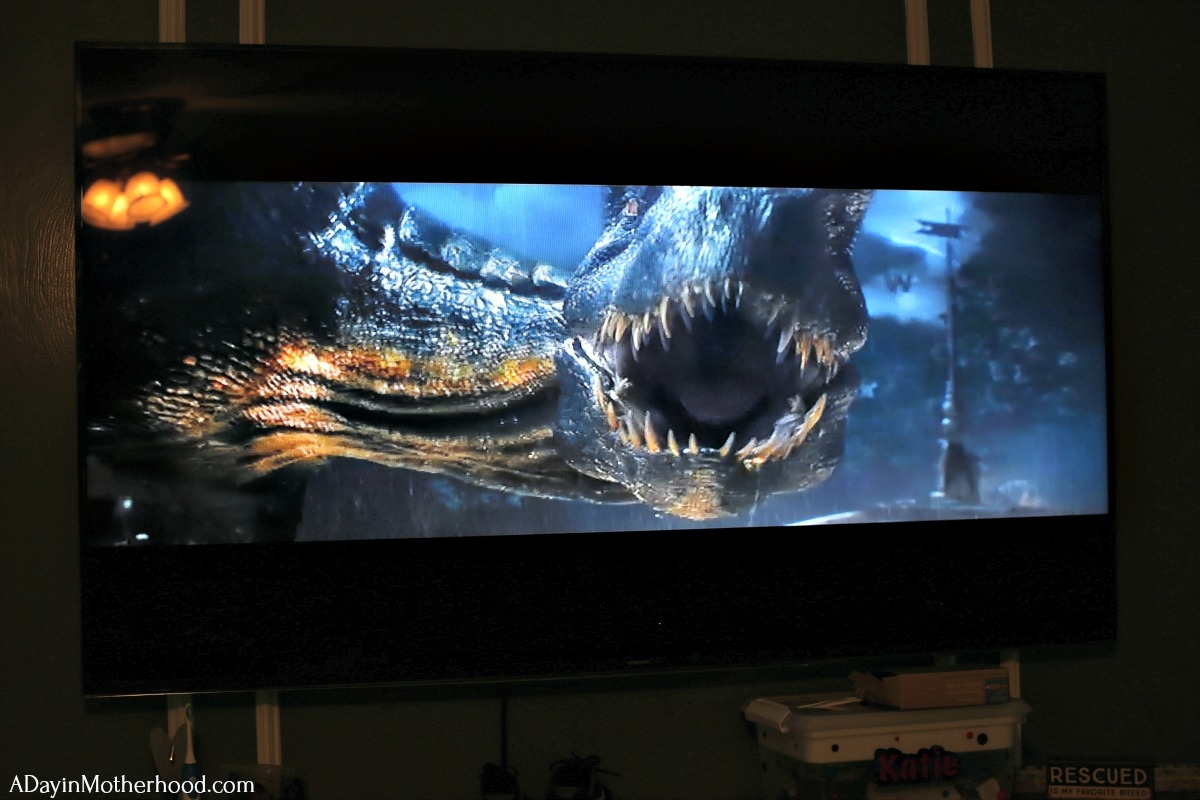 At the store I found paper mache dinosaurs that I knew the kids would so enjoy painting. Buying three, along with paints and brushes, I was inspired to also look for other dino themed fun. I found some dino shaped marshmallows and that led me to making dino shaped crispy treats! 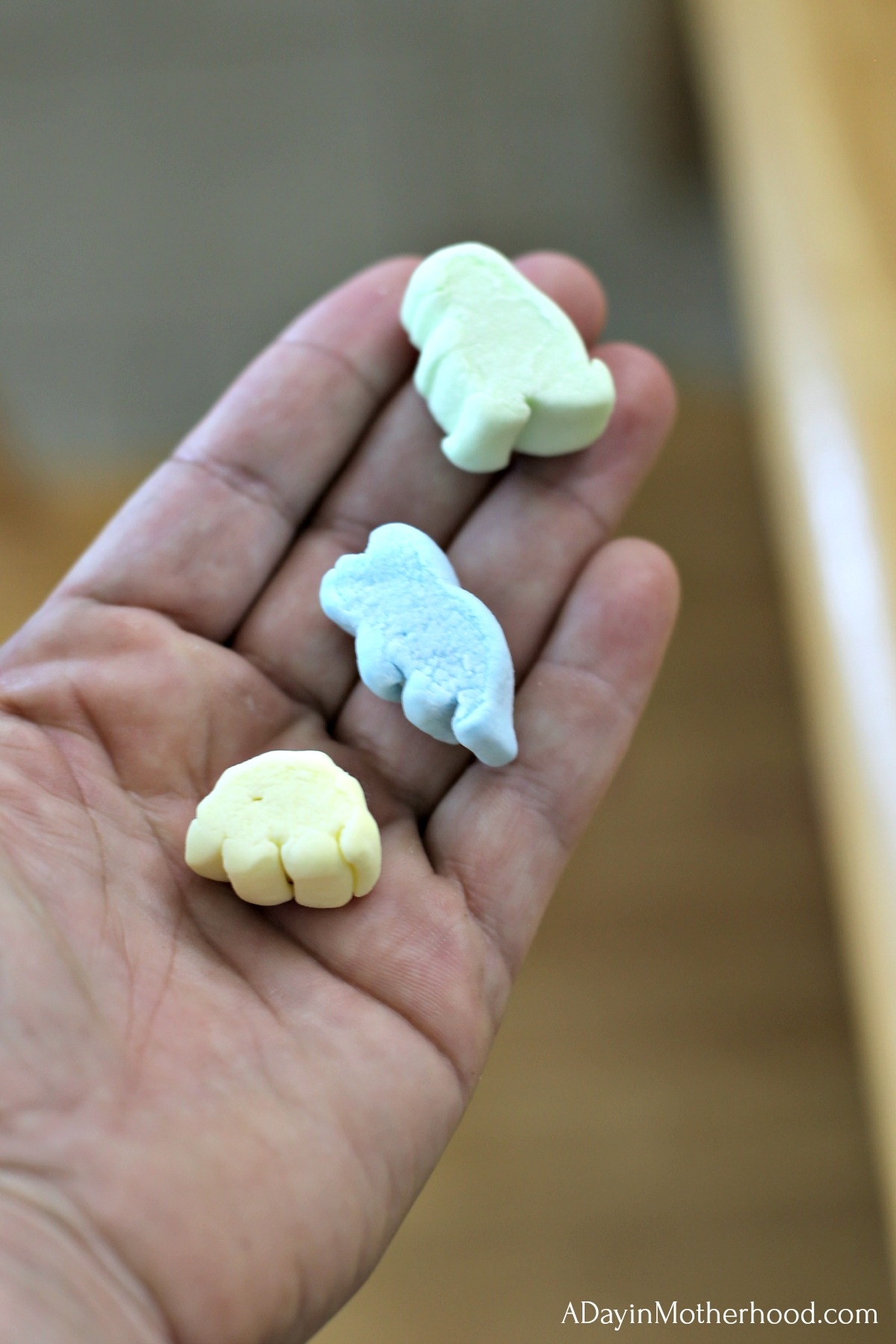 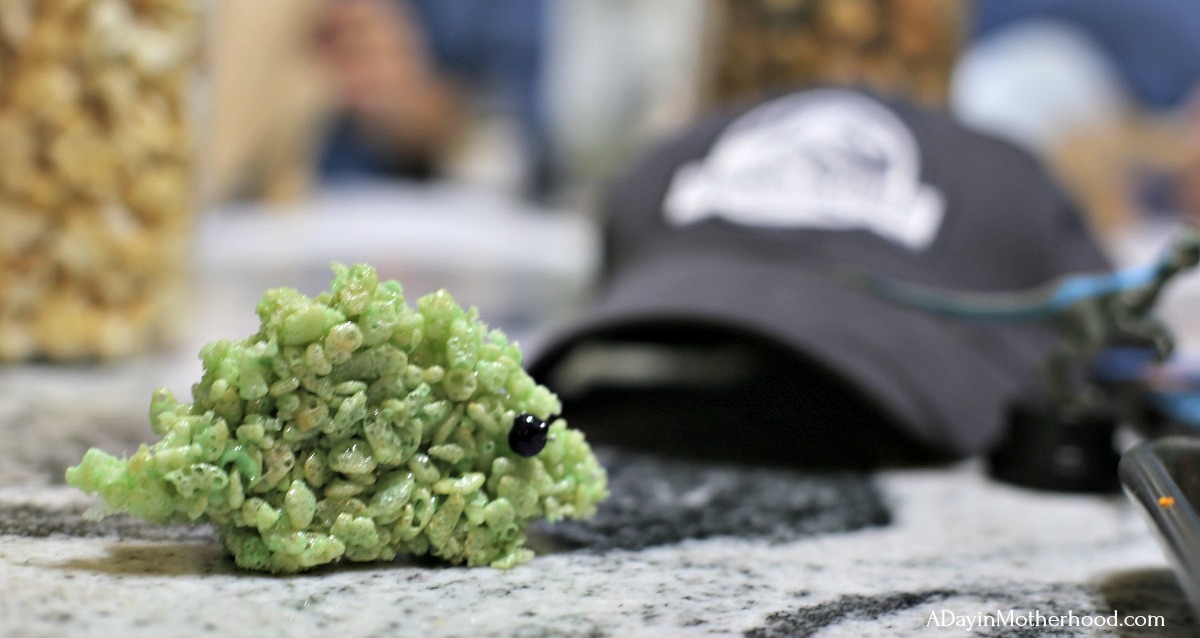 Later that evening we pulled out everything and loaded up the DVD. 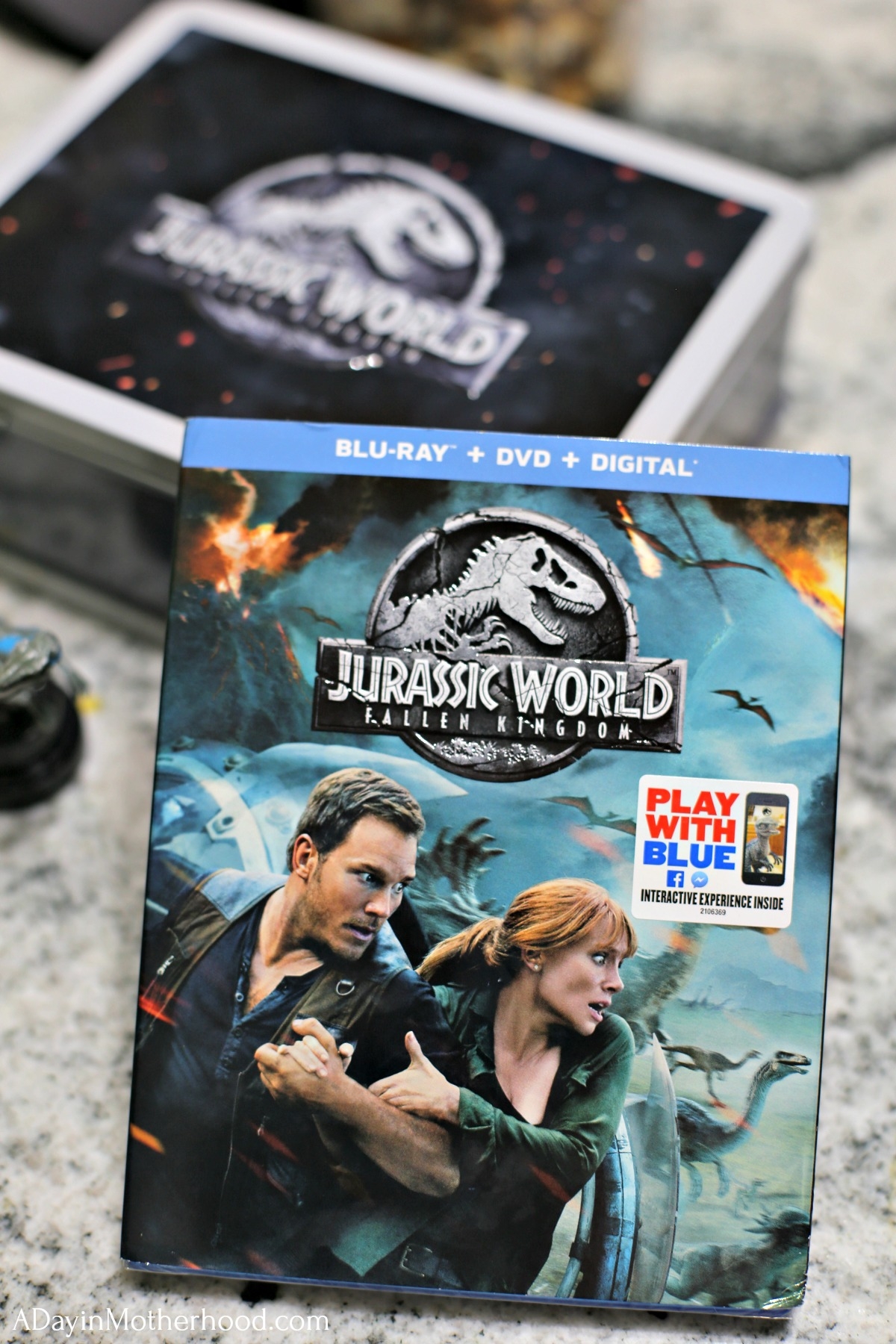 While I made the crispy treats, the kids painted their dinosaurs. They had so much fun with these and we now have three crafts that they can act out the movie with! Definitely an easy movie night idea that was a hit! 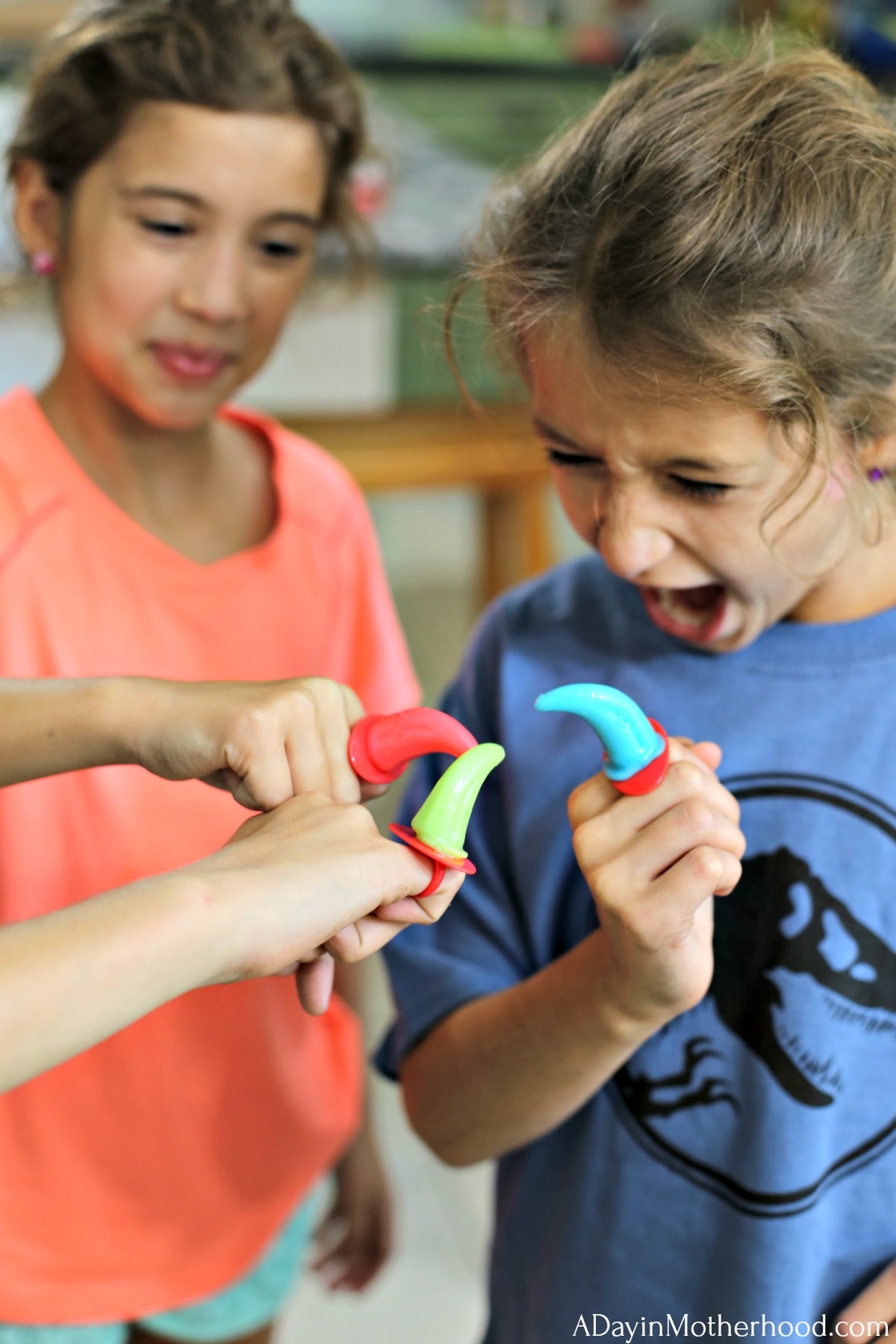 When the treats cooled, and turned out beautifully with the green and yellow dino marshmallows I found, we used a cookie cutter to make the dino shape. We added an eye with icing and went to town! When that easy movie night idea was done, it was time to grab the popcorn and watch the movie! 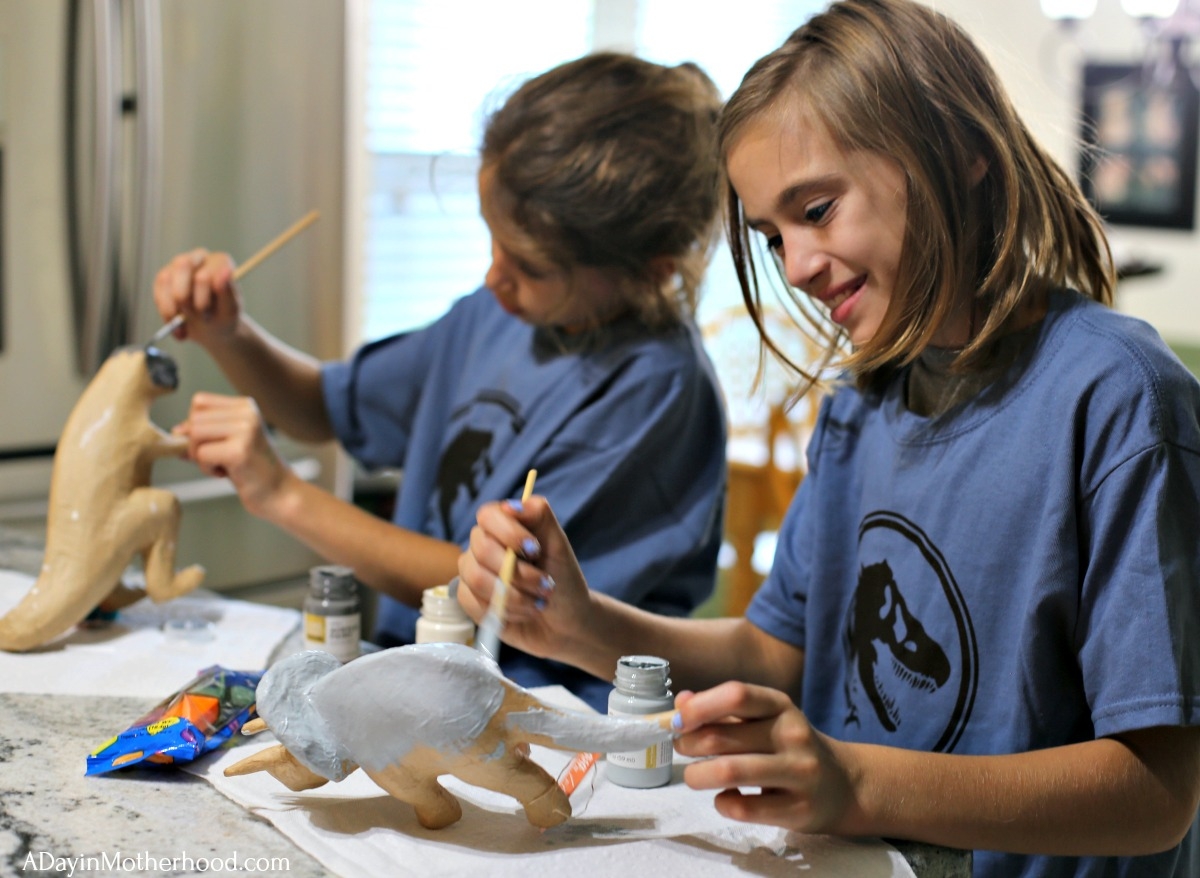 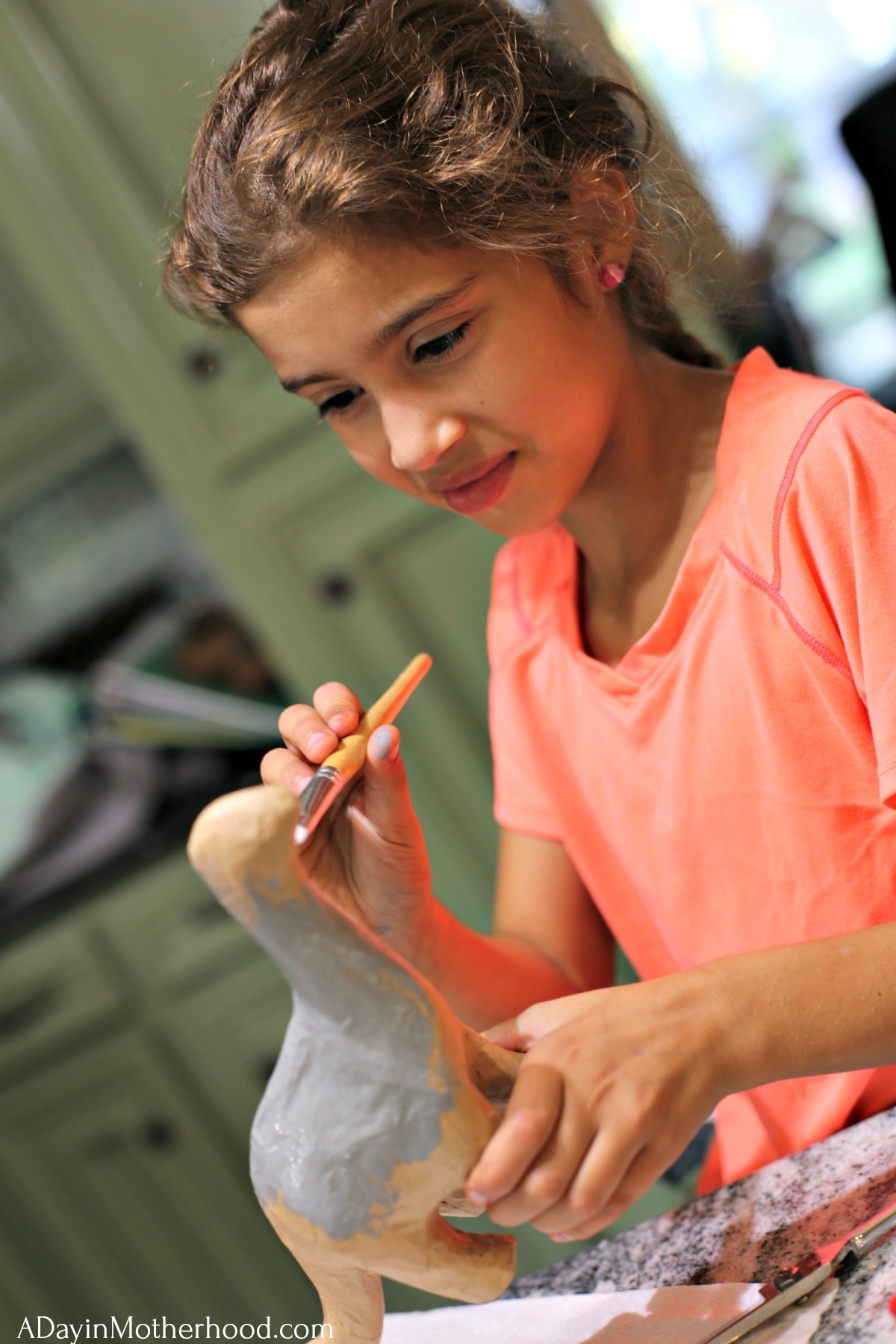 It is time to take your family back to Jurassic World for fun, adventure and excitement. Take these easy movie night ideas with you too! 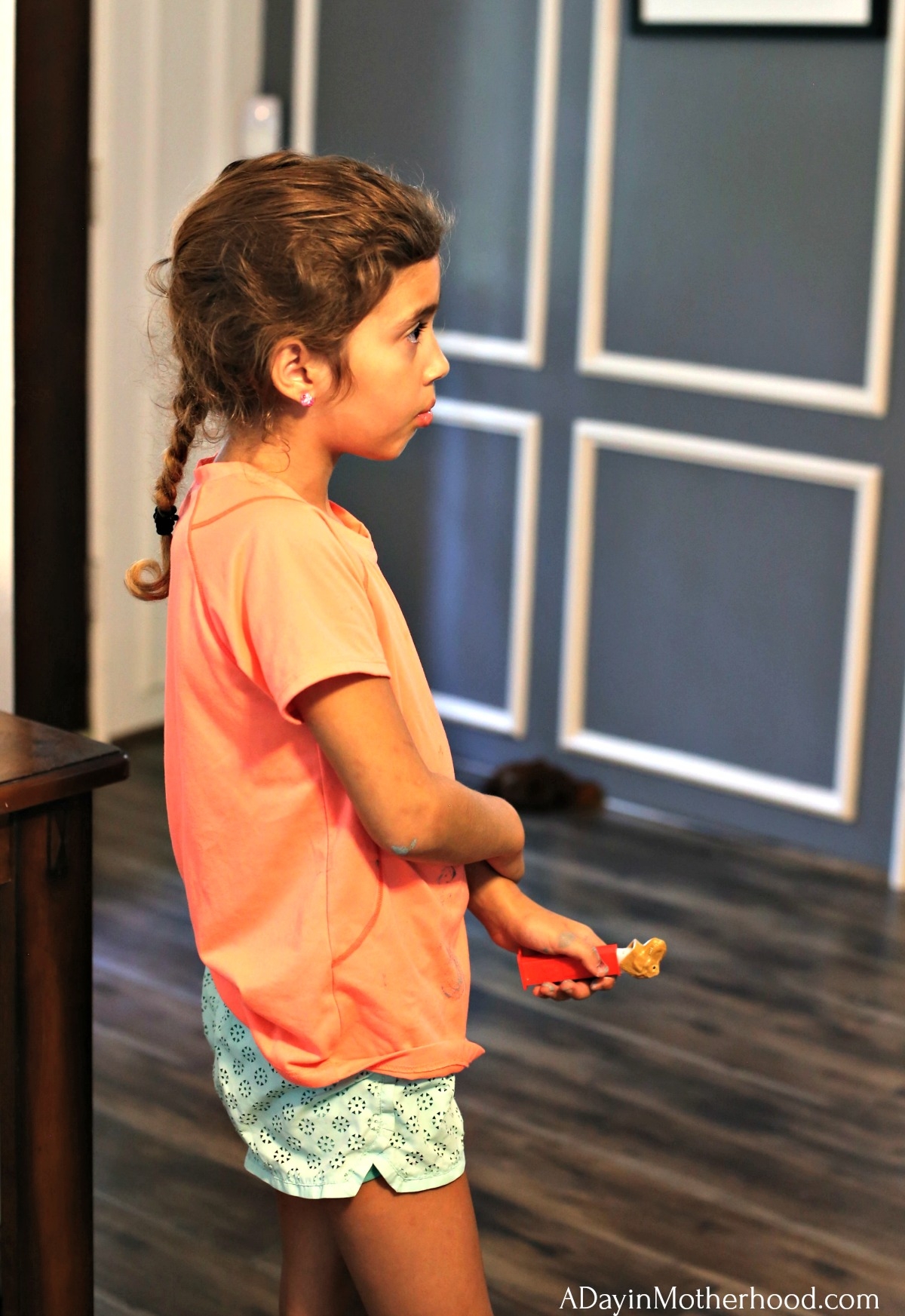 Have you seen the movie yet? Get your own copy of Jurassic World: Fallen Kingdom now available on Blu-Ray!