Is Driving More Dangerous Than It Was When We Were Kids?

Is Driving More Dangerous Than It Was When We Were Kids?

Full Disclosure: I test-drove the 2018 Chevrolet Equinox for review purposes. No compensation was received. All opinions on Is driving more dangerous are my own. #ChevyEquinox #Chevy #ad 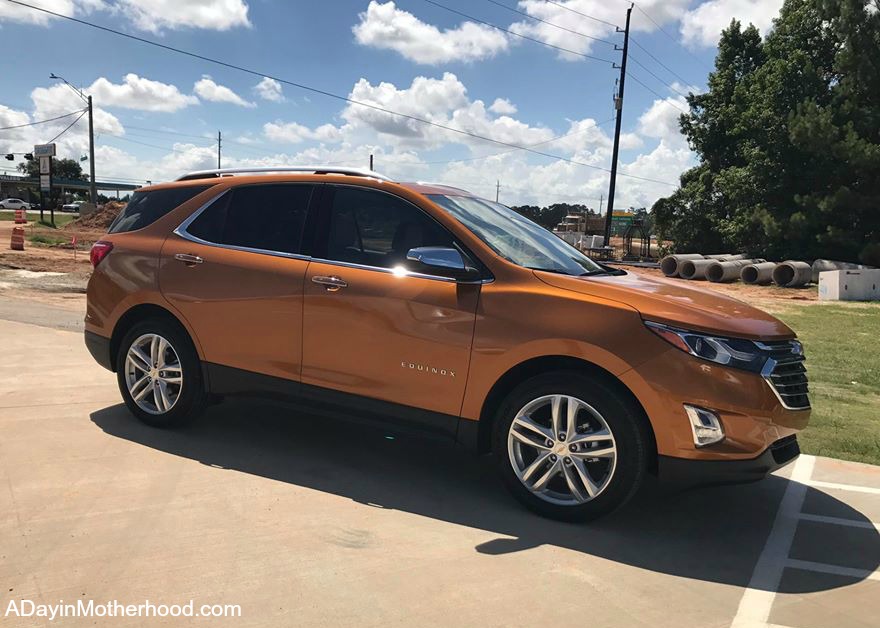 It has been well over 20 years since I have had an accident. I realize just by typing that that I have jinxed myself. However, I say it to point out that I think I am a pretty decent driver. I do hit the occasional curb in my Chevy Traverse to which the girl laugh hysterically, and I have slammed on my breaks more than a few times but I generally blame the person in front of me. But as I prepare over the next 5 years for my girls to drive, I am more and more concerned about handing over the keys. Since I am currently driving cars that are not mine thanks to Chevy, I am uber aware of those around me and I am really worried. In the last two weeks alone I have witnessed at least 5 bad driving errors that could have been catastrophic. I blame distraction, bad decisions that that mobile computer that we take everywhere and live our lives on; the cell phone. As a driver of almost 30 years… wow, 30 years?, I wonder, Is Driving More Dangerous Than It Was When We Were Kids?

I was in the beautifully redesigned Chevy Equinox a few weeks back driving down one of the millions of toll roads in them Houston area, happily listening to satellite radio, the kids chatting in the back and thinking how lucky I am that I got to drive this car when I saw a driving move that almost made me pull over on the side of the road. It didn’t even happen to me and I broke into a cold sweat after seeing it.

There was a car, on their phone, in the next to last left lane on a four lane highway. I was in the leftmost lane. At the last minute, less than  a quarter mile from the exit, they decided to pull across the other two lanes to exit. No warning, no preparing, no looking up from the phone as far as I could tell.

The 2018 Chevy Equinox left me this morning but not before I got some other info about it on video! Like Teen Driver, Family Link and the space!! Check it out! What do you want to know? #chevyequinox #chevy #ad

As he yanked his wheel across the two lanes to exit a brand new Chevy Suburban and another car in the last lane slammed on their brakes, tires squealing, drivers clearly panicking. It caused a train reaction and I could hear the tires screeching on the cars behind them. I was not even in it and I was angry, scared and thankful that nothing major happened. Thank goodness the other cars were paying attention because he clearly was not!

Since then I have had to slam on my brakes, in my Traverse, when a car in front of me slammed on his brakes unexpectedly at a green light so she could check her cell phone (I saw her pick it up as I narrowly missed the back corner of her car as I screeched into the intersection, still making it through before the light turned red); I have laid on the horn of the Equinox when someone came into my lane without warning, not even flinching as my horn blared and have swerved to avoid a driver who was weaving in and out of lanes, no sense of the cars around them.

Maybe I am hypersensitive since I really do need to start think of handing my kids the keys but I really do think driving is more dangerous than ever.

I could regale you with stories of accidents I have seen, the stories I have read and the news coverage that makes me shake my head but we have all seen them. So I think I will just tell you about the safety features that companies like Chevy are putting in their cars to make sure we walk away from those accidents we can not avoid!

In the week I had the Equinox, every feature was clearly displayed as I drove around town. You can see some on my Facebook post:

The 2018 Equinox has been so fun to drive but the safety features really impress me! Especially when I am trying to park…

Here are some details about the safety features:

I owned a Chevy Equinox before my Traverse and I never felt unsafe. But these new features make me feel like the cars of tomorrow, that my kids will be driving, are safer than the ones I drove at the same age.

Come take a quick tour of the 2018 Chevy Equinox that I am getting to drive this week! It's such a fun and tech savvy car! What do you want to know? #ChevyEquinox #Chevy #ad

So I guess the answer to the question of whether it is Is Driving More Dangerous Than It Was When We Were Kids? is two fold. Yes because of distractions, more people on the road and an increasingly ‘have to get there’ society but no because companies like Chevy are making it easier to survive those that do happen.

When was the last time you checked out the new safety features of modern cars?