Let’s clear the air about pets and heated seats!

Let’s clear the air about pets and heated seats!

Clearing the air about heated seats and your pet!

I was away working when I received a call.  I could hear my son on the other line, “Mom, Lizzy (our 6 month old labradoodle) has thrown up 6 times in the last hour, I think you need to come home.”  I quickly rushed home to find our sweet puppy lethargic. She wouldn’t eat, wouldn’t drink and was dry heaving at this point. My son and I jumped in the car to take our 6 month old puppy to the animal emergency clinic. 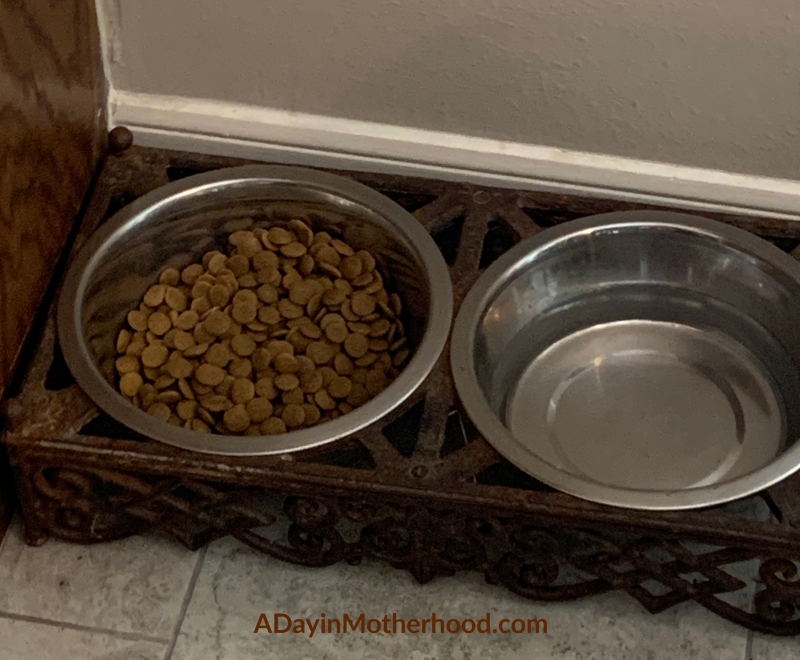 Lizzy was called back, they did a full work up on her, and after x-rays, blood work and various other medical tests they decided we could take her home for the night.

Off we went, ready to be home.  The car ride home is when life was forever changed.  My son sat in the back seat of the car with the dog. We live about 20 minutes from the animal ER, and we could tell our 6 month old girl was feeling pretty bad.  We were almost home and when we turned the corner into our neighborhood, I felt a sense of relief to finally be able to get home and rest after this long stressful ordeal.  Lizzy began to get restless, she began moving around in the back seat, almost a pacing type motion.

All of a sudden, in the dark of night, I heard a loud noise, and yelled, “What was that?”  My son said, “I think the dog farted!“, I gasped, “Holy night, that smells so bad.”  We were immediately knocked over by one of the most noxious odors I have ever experienced.

I frantically searched for the button to roll down the window and fumbled for the lights.   The light illuminated the offensive poop, and my son quickly exclaimed, “Mom, it is diarrhea!!’, I cringed, and “it is all over the car!!”  Grateful we were on our street, I sped up while trying to survey the damage.  I abruptly pulled into the driveway, jumped out of the car and removed the dog.  It was a scene out of a horror film, there was rancid labradoodle poo all over!

I sputtered and gagged, taking out the beach towel – you know the one we brought for the dog to sit on in the car…  Somehow it had been spared the irreparable damage and nearly every poop particle had missed the well intended seat cover.

I am a seasoned mother of 3, puke, poop, and pee don’t generally phase me!

This poop wasn’t your class A puppy poop, not even a class B or C…this was full blown class D-Doggie Diarrhea. It was copious, stinky, chunky water, with a smell that is only in nightmares.  I dashed inside grabbing a roll of paper towels and anything else I could find that would kill the putrid smell!

There was poop on the bottom, on the sides, on the back, on the next seat over, it was all everywhere!  We had a major puppy pooptasrophy on our hands!   Diligently trying to get the poop off the upholstery, my stomach churned.  As I tried to wipe up the poop, I realized it was squishing into the holes in my seats.  I was frantically wiping, then scooping…. but these rancid poop particles were becoming a permanent part of the upholstery.  They disappeared into the countless holes in the seats. Oh, did I forget to mention?…  my car has heated seats where the dog was sitting, and these holes are the vents that warm the seats? We now had a major dilemma!  Was this going to be an epic fail, or a humble lesson?

I was now in the pits of doggie doo hell!

I was in tears trying to de-doodle doo my car, knowing it would never be the same.  My car wasn’t very old and still had remnants of the new car smell.  I was in such a panic! My husband started ripping the seats apart to see if we could figure out where all the poop was disappearing to.  One of the things I grabbed was a eucalyptus based product that I often used on my kids stinky uniforms.  I started pouring it all over the seats…my husband showed concern….”You are going to damage the heaters in the seats.”  I yelled, “I don’t care, who wants to smell baked dog poop every time you turn the seats on anyway?’ As I poured the gallon of solution onto the seats that were now dismantled, more and more liquid disappeared to the same unknown places as the poop.

I rushed to get the shop vacuum to see if we could extract the poop and gallon of liquid from the deep dark unknown places.  We sucked and squished and prayed for the poop to find a new home.  After about 45 minutes, we decided that was the best we could do. Over the course of the next few days, I aired my car out with the windows and doors open. Praying I didn’t have to trade this car in for a less stinky version. And, um… who would buy it?

Luckily, the eucalyptus based odor fighting solution, combined with the prayers and power of the shop vac, left my car smelling fresh. Granted the new car smell was long gone forever! 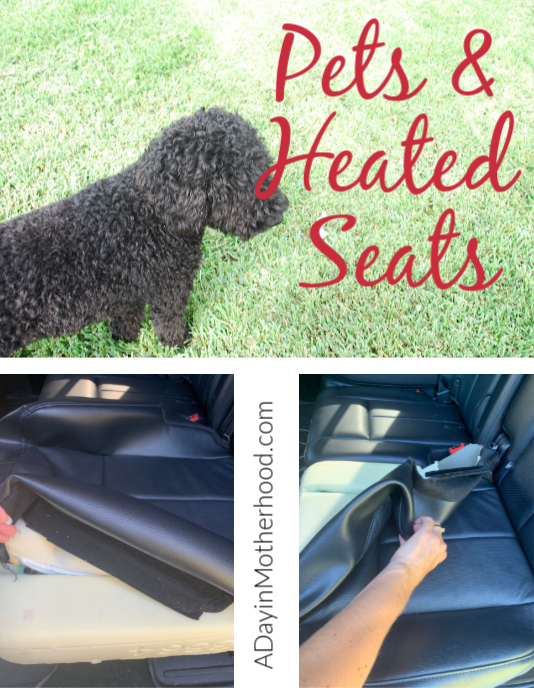 Now if my husband could just figure out how to put the seats back together!

Now we all wait for that fateful morning, when we want a warmed tushy…  We are all a little petrified to turn the seat warmers on, fearful we may be forced to relive that day!!

The things I learned that day: the shop vacuum has magical powers, heated seats can be a regrettable decision, and that eucalyptus cleaner is a must have!!

So next time you need to take your sick puppy to the vet, make sure you don’t let them sit on your heated leather seats or you may find yourself with an unwanted new car smell!!

Do you have an unforgettable pet poo story? 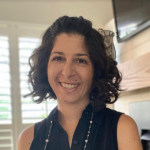 About the author: Tanya Goytia is a mother, wife, sister and friend. She is active in her children’s lives, a sports mom and a graduate of Texas A&M University. Her degree is in sociology and her masters work is in developmental psychology, holistic health and elementary education. She is a regularly contributing author to ADayinMotherhood.com.

About the Author: Tanya Goytia

About the author: Tanya Goytia is a mother, wife, sister and friend. She is active in her children’s lives, a sports mom and a graduate of Texas A&M University. Her degree is in sociology and her masters work is in developmental psychology, holistic health and elementary education. She is a regularly contributing author to ADayinMotherhood.com.