I am at my friends house tonight. We have eaten dinner, have had great conversation and our 6 kids have happily played – loudly -throughout the evening. We decided before I got here this evening that this would be a sleep over.  That way, I could indulge in adult beverages and not have to worry about driving home.

I got the children into their pajamas, two hours late for bedtime, and curled them up on their respective couches to have some milk and, hopefully, doze off into a happy, tired sleep.

I gave Megan hers, filled Sarah’s with her allotted amount of bedtime milk and then filled Katie’s cup.

To which I added chocolate syrup.

To my friends dismay!

She asked, confused, if I was really giving Katie chocolate milk at bedtime. 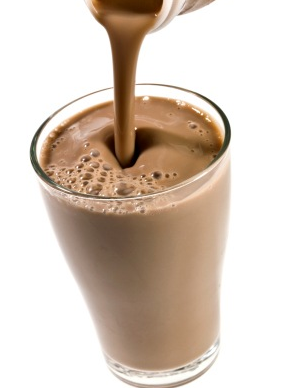 I said yes and she burst out laughing, confusing me with her guffaws, sending me into the world of questioning what I had done to cause such a reaction.  This is our nightly routine.  I know no different.  I beg habitual pattern that we have fallen into as an excuse.

When she calmed down…. many, many moments later, and wiped the tears from her eyes, I asked her if she thought that was a bad thing.  She loves me and is a dear friend and so she said something about teeth.  And then she said that though she knew other mothers who also gave their kids chocolate milk at bedtime, she was shocked that I did.

Now I beg the question:  Is it really terrible to give my 5 year old chocolate milk at bedtime?

Her dental reports are wonderful, she has never had a good diet, so I will pass on that one, but she, in general is in great health.  So why is it so wrong to give it to her, besides the obvious affects that it could have on her teeth?  Which are baby teeth.  And will fall out.  At which time no nightime drink will be allowed!

Now, I realize I am opening up a whole can of throw down on Lori conversation, but I really want to know if I am permanently damaging my daughter by allowing her to have the milk at night.  So, please, be nice!

And if you are like me and do this too, I want to know!

Did you let a child have chocolate milk at bedtime and there were adverse affects?  Were there no affects?