Bullying Has to Stop & The Bully Project Movie (Trailer)

Bullying Has to Stop & The Bully Project Movie (Trailer)

Thanks to The Bully Project for sponsoring my writing. Visit their website to join the movement and learn more.

Bullying is out of control.  It has gone far beyond what I experienced as the outcast in my schools.  It has gotten to where people question daily whether they should let their children even go to school, be online or go anywhere without them.  It is so incredibly sad and useless when I see another story on the news about a suicide or school shooting born out of bullying.

With a child in Kindergarten and two more coming up behind her, I have to be aware of just about everything in her day.  If someone says something to her or does something to her to hurt her feelings, I wonder if it is the start on her being bullied.  On the other hand, if I hear that she has said or done something that might be the start of her being a bully, I need to start addressing that as well. 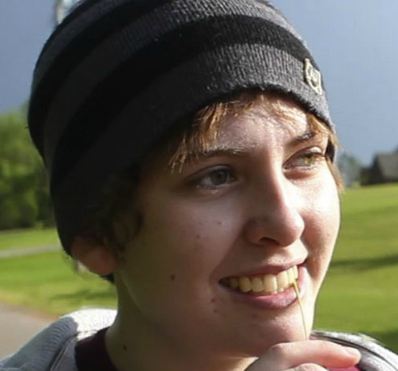 I know that most bullies are insecure, self deprecating and have a low self confidence.  I also know that the treating others poorly, on some level, makes them regret that they have had to resort to the ill treatment of others in order to “fit in” or at least feel like they do.  And I know that the best preventative for bullying is a parent or adult who truly cares.

I know all of this because as a young girl, I was bullied.  I was as easy target.  I was new to the school, did not have any friends to support me and had never been especially schooled in social skills.  It was not nearly to the extent of today’s antics but the name calling, writing horrible things on my locker, spreading rumors and tripping me in the halls did affect how I was on a day to day basis in school.  Skipping school, faking sick and running away were all results of not wanting to be the victim of such hatred.

But years later, long after I had successfully established my own life, I ran into to one of the people who was mean to me.  They told me about a torrid family life, abuse and a disregard for them at that age by those they loved and that they felt the only way to get attention and draw the conversation away from their problems was to create some for someone else.  They also told me that they have regretted the way they treated me for many years.

I love that people are becoming more aware of the problem and that there is a more mainstream, in your face, type of attitude emerging to stop this trend.

For example, The Bully Project, which hit select theaters March 30, 2012 but opens everywhere April 13, 2012, is a powerful documentary style film that shows the struggles of kids during the 2009/2010 school year.  It challenges the “kids will be kids” mentality of adults and explores the raw emotion of the victims.

Be sure to go see this movie alone or with your kids.  The more education we all have about the problems of bullying, what makes a bully and what makes a person the victim of a bully, the sooner we can stop it!

I was selected for this sponsorship by the Clever Girls Collective. Find showings in your area for The Bully Project and buy tickets here.