Braces, Teeth Extractions and Other Joys of Motherhood I Am Not Smiling About

Braces, Teeth Extractions and Other Joys of Motherhood I Am Not Smiling About

I stood in the room holding my daughter’s hands as the dentist took his long, menacing needle and injected medication into her delicate, juvenile gums. Tears were escaping her beautiful blue eyes. Moans of pain and fear and anxiety came out in a muffled whimper that I am sure I will never forget. All in the name of beauty, right? That is what I asked myself. Is this worth it? This was another dental visit in the long road to straight teeth and there are more to come.  As I blindly entered the world of braces I wondered if I had thought this thing through. These are the things you don’t think a lot about as a mom in the beginning. It’s all sleep patterns and growth charts and making friends. They don’t tell you about braces, teeth extractions and other joys of motherhood that simply… SUCK! 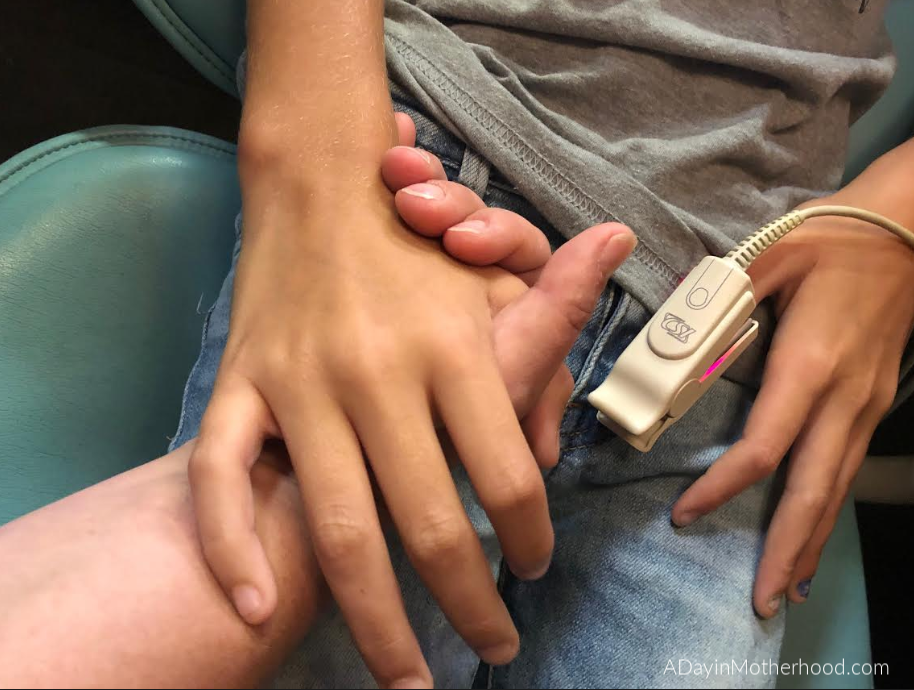 Now listen. I am kidding about braces being just for beauty. A) beauty comes from the inside as we all know. I know plenty of ‘stunning people’ who are simply impossible to be around. So, though braces aide in making a person’s teeth straighter and thus ‘more attractive’, I suppose, I am really doing it for my daughter for other reasons.

So, decision made – despite the many opinions, stories and looks that I have gotten – we are embarking on the world of braces with half-smiles on our faces and some apprehension in our hearts.

Apprehension because Katie has always had a fear of the dentist. Since her first check up at around 18 months, she has screamed, broken into sweats and just disliked the dentist. I can’t blame her but it makes it hard to calm her down once in the chair.

The impending tooth extractions, which were chosen over the longer and more painful, pallet expander, kept me up at night.

The week before I called the dental office, hoping they would put my mind at ease.

‘She will be fine’, they said. ‘She will probably be up and around within hours.’, they said, a little too cheerily for my taste.

Did they know my kid? Didn’t they have notes of the tears, the cries and the shaking every time she entered the dental office?

After kindly asking them to look back at their notes past the last visit, they agreed that she should be sedated with more than just the ‘regular gas’.

So, off I went to the only pharmacy that has the medication she needed.

Two days later, I woke my almost 13 year old for the dentist. She was scared. She didn’t want to talk about it. She was shaking. She had tears in her eyes… don’t tell her I told you. But as I asked her time and time again if she was sure she wanted to do this she adamantly said, ‘YES MOM!’, and gave me ‘the look’.

Here is the truth: the worst part of the entire procedure was the anticipation. On both her and my side. The unexpected. The unknown. The second worst part was getting her to take the medication. She did it but was so upset that she spit out half of it. No worries, we would see how it went. 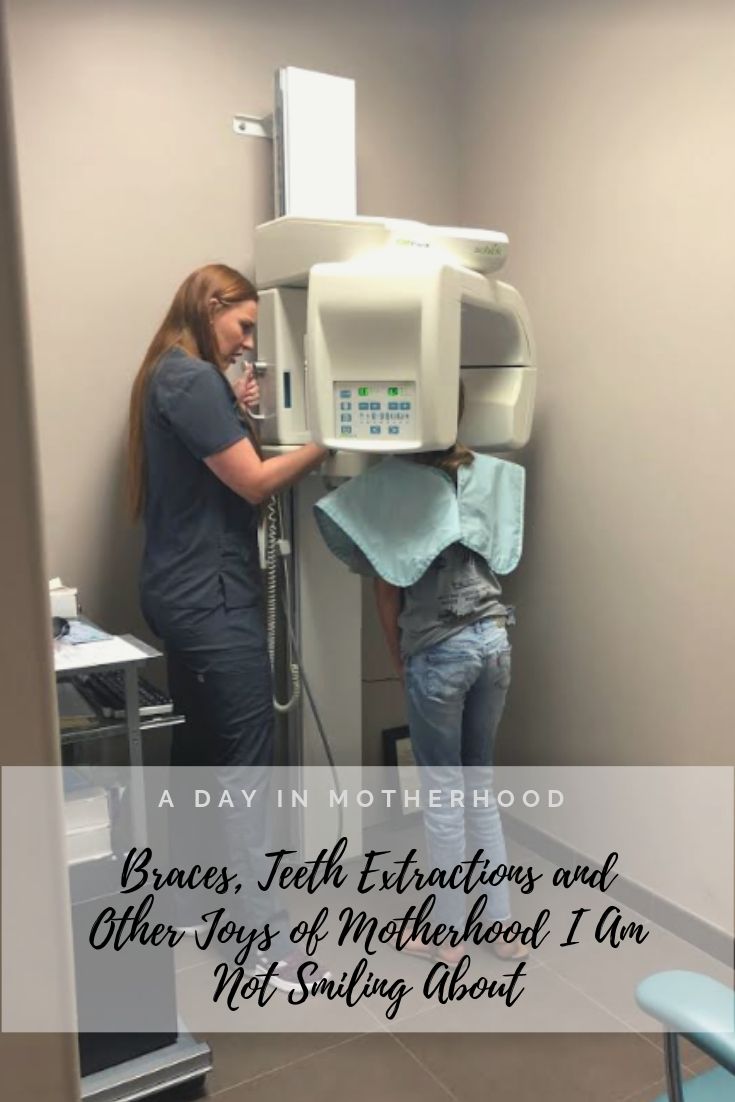 She laid there, crying, moaning, whimpering. I asked her over and over again if she wanted to stop. She said no, she wanted this done, she wanted braces, she was ready.

The dentist came in, gave her the shots… which seemed to take FOREVER… and prepared to pull her teeth. I braced. This was going to be awful. She was going to scream and jump out of the chair and never forgive me.

But the teeth were out before I could even complete my thoughts. AM – 5 teeth gone in less than 3 minutes of pulling. Katie could not even tell. She kept asking how many more when they were out. She had no recollection of them being pulled!

I poured her into the car, which she walked to defiantly on her own, and prepared myself for days of pain and complaining and stress.

I put her to bed in my room with ice cream, the remote and Netflix and told her to call me if she needed me. She popped her head out about 4 hours later, claimed she was starving and had another pint of ice cream. At about 3pm she popped out again and asked if she could have some friends over.

And that was it. The anticipation was worse than the event. The recovery speedy. The smile back in tact with the excitement of straightening her teeth.

We go today to get her wires on now that the teeth are gone and she has room for them to straighten. The questions now becomes… how much pain will she be in as they move?

Only time will tell. This process has been a lot easier than I anticipated so let’s hope that keeps up!

Do your kids have braces?